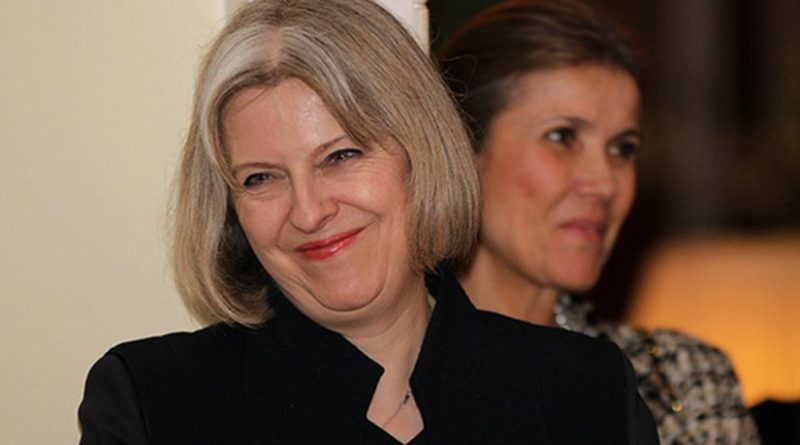 How to define the post-Brexit foreign policy of Prime Minister May? The question is not simple at all and shows a series of new and unexpected signs. Meanwhile, Theresa May’s primary project is to increase her own international role outside traditional alliances so as to make up for the loss – scarcely relevant at military level, but highly symbolic – of the UK presence in the European Union.

Last September the Tory government led by Prime Minister May hosted the Qatari emir, Sheikh Al-Thani, to start new political and financial relations with the Emirate, with the sale of various leading-edge technologies for Defense.

Furthermore a new British attaché will be posted to Qatar, so as to support the UK strong commitment in the country, also at training level.

In mid-October Prime Minister May also hosted the King of Bahrain, Ahmad bin Isa al Khalifa, and, in her welcome speech, she underlined “the strong support for the efforts designed to make the Gulf region safe”.

Also Oman, a UK traditional friend, as well as the other United Arab Emirates, will shortly receive support from Great Britain, which will build new military bases in the region.

The Great Britain of Gertrude Bell and Christine Granville is back again.

Again a woman, Theresa May, is rebuilding the communication and strategic network with the Middle East.

Not to mention Al Sisi’s Egypt, already in the blacklist of “universal democracy” lovers which, however, Theresa May views as a bulwark of the new extra-European and non-EU policy of the reborn Great Britain.

It is a line which has emerged as early as the meetings held last August between Prime Minister May and the Egyptian leader Al Sisi.

The issue of the current Egyptian regime’ stability is of utmost importance.

If Al Sisi’s government collapses, the Muslim Brotherhood and the sword jihad will come back both towards the Maghreb region and the Sinai Peninsula – hence Israel.

Clearly Great Britain wants to act as a new security axis in the Middle East, by connecting all the Emirates’ areas, which have so far been a strategic void for the West, thus controlling the passage ways from the Persian Gulf to the Mediterranean and establishing its independent network for China’s new “passage to the West”, its “Silk Road”, namely the Belt and Road Initiative.

The human rights mystics, very active also in Great Britain, have always criticized this choice by Prime Minister May to communicate with the “authoritarian countries” of the Gulf and the Maghreb region.

If Egypt collapses, however, all the Suez Canal will fall into unfriendly and often jihadist hands, with unimaginable and very dangerous consequences for the whole Mediterranean region.

Obviously neither the French and Italian pious souls nor the other EU naïve idealists think to these things which, however, are at the heart of the UK strategic project and, for example, Russia’s and China’s.

Not to mention Israel, of course.

Last October the British Ambassador to Jerusalem, David Quarrey, officially declared that “Brexit opens up new opportunities for Great Britain and Israel to work even more closely together”.

On the one hand, as is also the case with some other European governments, Great Britain criticizes the Jewish State’s policy vis-à-vis the occupied territories but, on the other hand, it sells many weapons to Israel.

From April-June 2016 to date, Great Britain has exported to the Jewish State 65 million pounds worth of munitions – a figure to be compared with the mere 9.5 million pounds for the whole 2015.

Furthermore Great Britain is the second largest arms exporter in the world.

By also predicting that after Brexit – as brilliantly planned by an Italian air force general, Gen. Camporini – the EU will have the opportunity of creating a single EU army, Theresa May has set up a new military investment plan to the tune of 178 billion pounds so as to build two new large aircraft carriers, with a power projection plan which will probably make Great Britain a new global power.

As at the times of Edward Montagu and Robert Blake.

The British military statements make us easily guess that this new UK presence in the seas, “like the one of the Empire and beyond” – as Prime Minister May says – will be applied to the expansion of the UK interest to Asia, in close connection with China’s.

Brexit is what Theresa May wants it to be: a new UK autonomous and global project; a foreign policy free from the European shackles in the Middle East; a strong and stable relationship with China before the latter focusing its attention on and addressing to the countries still members of the European Union.

Moreover, Prime Minister May wants to strengthen the limited and lukewarm relations with the Russian Federation – a situation which has been lasting since the “Litvinenko affair” – and, together with Putin, she has set a new agreement between both countries’ security agencies for air safety and the exchange of first-hand intelligence.

Even in this case, Theresa May is well beyond the EU childish geopolitics, which currently regards Russia only as an “authoritarian nation”.

In the phone call made on August 9 by Theresa May to Putin, they rebuilt good relations and organized a series of British participations in the forthcoming high-level political and historical events.

This is not something irrelevant: the British ships which, by passing through the Arctic, brought food and other items to Arkhangelsk is a historical fact, but also a symbol, and foreign policy also lives on symbols.

Today Great Britain wants to establish new relations with Russia not only to strengthen bilateral trade, but also to use the strong networks that Russia already owns throughout Eurasia.

What Prime Minister May is seeking, after the British stay in the EU strategic void, is a new internationalization of the British power.

It is worth recalling that from 2009 to 2012 Russia increased its imports from Britain by 75%.

And, after Brexit, as soon as the EU has begun to think about what the new capital of international finance could be, Great Britain has re-established all its channels with Russia, and later with China, so as to open to the capital coming from Eurasia – something which is not possible for the EU.

Currently, with the new prospects opened up by the relationship between Russia and the United States, Prime Minister May’s foreign policy is effective and far-sighted, while the EU keeps on postponing the solution of the strategic equation between Europe and Russia.

Furthermore, as repeatedly stressed by Theresa May, all this new range of choices for British foreign policy regards “the new return of free trade”, namely the free movement of goods, also free from the EU shackles.

Hence Prime Minister May will be increasingly tough on immigration, which is the sore point of Brexit, but will seize this opportunity to rebuild the British global strategy: competition with the EU in foreign policy and presence in new markets; reconstruction of the British military force and of its old power projection in world seas – all the more so that EU will never create its own independent military force.

This strategy will also include geostrategic support to China and the Russian Federation, in addition to redefining British policy in the Middle East, with strong support for Israel and simultaneous support for the Arab world that counts and which can really change equilibria.

A strategic project which will put an end to the EU tired petitions of principle and will recreate – on new bases – the traditional link between Great Britain and the United States, considering the foreign policy of President-elect Trump, who has already secretly sent out his intelligence people in key countries.

After the mad geopolitical idealism of the past decade, a wise assessment of world equilibria is back again.

About the author:
*Professor Giancarlo Elia Valori is an eminent Italian economist and businessman. He holds prestigious academic distinctions and national orders. Mr Valori has lectured on international affairs and economics at the world’s leading universities such as Peking University, the Hebrew University of Jerusalem and the Yeshiva University in New York. He currently chairs “La Centrale Finanziaria Generale Spa”, he is also the honorary president of Huawei Italy, economic adviser to the Chinese giant HNA Group and member of the Ayan-Holding Board. In 1992 he was appointed Officier de la Légion d’Honneur de la République Francaise, with this motivation: “A man who can see across borders to understand the world” and in 2002 he received the title of “Honorable” of the Académie des Sciences de l’Institut de France