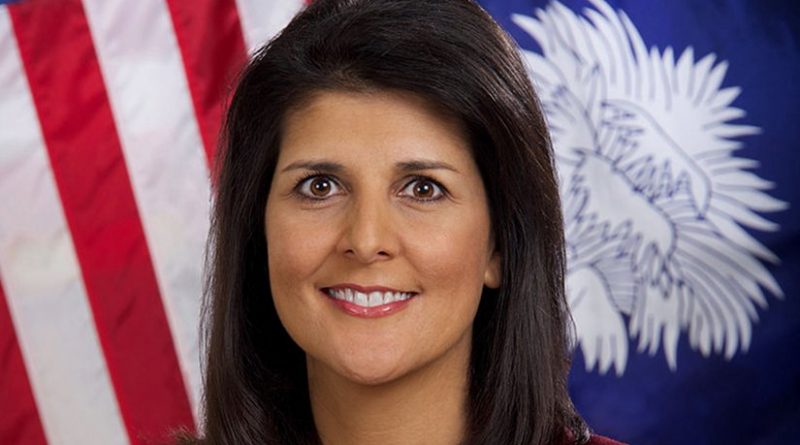 US President-elect Donald J. Trump announced Wednesday that he intends to nominate Governor Nikki Haley (R-SC) as the United States Permanent Representative to the United Nations, a cabinet-level position in the Trump-Pence Administration.

In a press statement, the Trump team said, “Governor Haley is one of the most universally respected governors in the country. After working at her family’s business, Governor Haley turned her focus to economic development and has traveled abroad to negotiate with international companies on behalf of South Carolina. As governor, she has led seven overseas trade missions and successfully attracted jobs and investment through negotiations with foreign companies.”

“Governor Haley has a proven track record of bringing people together regardless of background or party affiliation to move critical policies forward for the betterment of her state and our country,” said President-elect Trump in the statement. “She is also a proven dealmaker, and we look to be making plenty of deals. She will be a great leader representing us on the world stage.”

“Our country faces enormous challenges here at home and internationally, and I am honored that the President-elect has asked me to join his team and serve the country we love as the next Ambassador to the United Nations,” said Governor Haley.

Born in Bamberg, South Carolina, the daughter of Indian immigrants, Governor Haley became the first female governor of her home state in 2011 and is currently the youngest governor in the country. Prior to becoming governor, she represented Lexington County in the South Carolina House of Representatives from 2005 to 2011.