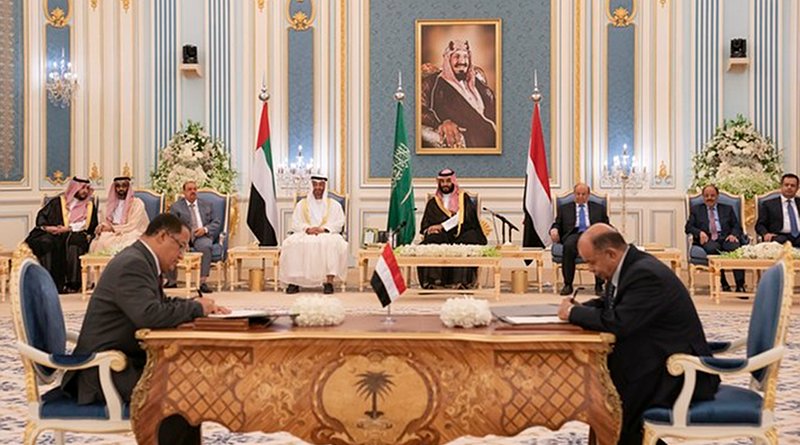 Saudi efforts to negotiate an end to the Yemen war in a bid to open a dialogue with Iran could call into question continued Gulf support for US President Donald J. Trump’s maximum pressure campaign against the Islamic republic.

Saudi officials hope that talks mediated by Oman and Britain between the kingdom and Houthi rebels will lead to a revival of stalled talks between the Yemeni insurgents and the Saudi-backed, internationally recognized government of Abed Rabbo Mansour Hadi.

The revamp involves a return to a more cautious foreign and defense policy that embraces multilateralism after several years in which the kingdom adopted an assertive and robust go-it alone approach that produced several fiascos, including the Saudi-led intervention in Yemen 4.5 years ago.

The revamp was prompted by attacks in September on two of the kingdom’s key oil facilities as well as doubts about the reliability of the US defense commitment to the Gulf.

The kingdom’s return to a more cautious approach is also intended to allow Saudi Arabia to project itself in 2020 as president of the Group of 20 (G20) and repair its image tarnished by the Yemen War, the killing last year of journalist Jamal Khashoggi, and a domestic crackdown on dissent. The G20 groups the world’s twenty largest economies.

Mr. Trump’s response to the September drone and missile attacks for which the Houthis claimed responsibility was the latest, and in some ways clearest indication, that Gulf states may not be able to count on the United States in times of crisis even though the Trump administration insisted that Iran rather than the rebels was to blame for the incident.

“That was an attack on Saudi Arabia, and that wasn’t an attack on us. But we would certainly help them. If we decide to do something, they’ll be very much involved, and that includes payment. And they understand that fully,” Mr. Trump said at the time, adopting a transactional attitude towards Gulf security.

A US official involved in Gulf policy said more recently that “the attacks made the Saudis and other Gulf states realize that escalation of US-Iranian tensions would make them targets in an environment in which the United States may not wholeheartedly come to their rescue.”

Another US official suggested that the Saudis’ “prime objective now is to lessen their involvement in Yemen, to get the Houthis to stop being some version of a proxy, so they (the Saudis) can deal directly with Iran.”

United Nations Yemen envoy Martin Griffiths told the UN Security Council this week that the number of air attacks by the Saudi-led coalition had dropped by nearly 80 percent in the last two weeks.

“We call this de-escalation, a reduction in the tempo of the war, and perhaps a move towards an overall ceasefire in Yemen,” Mr. Griffiths said. He held out the hope that a negotiated end to the war could be achieved early next year.

Saudi efforts to end the war as well as gestures towards Iran in recent months by the United Arab Emirates did not stop senior Saudi and UAE officials from adopting a hard line at this week’s Manama Dialogue.

“Appeasement simply cannot work with Iran. We hold Iran responsible for the attack on Abqaiq. We do not want war, but Iran needs to be held accountable. The question is whether Iran can abandon its ambition to propagate the revolution and respect sovereignty,” Saudi minister of state for foreign affairs Adel al-Jubeir told the Bahrain gathering. By mentioning Abqaiq, Mr. Al-Jubeir was referring to one of the two Saudi oil facilities targeted in September.

Mr. Al-Jubeir’s UAE counterpart, Anwar Gargash, added: “Germany under Hitler, the Soviet Union, Iran today: revisionist states threaten international order. The key to stability is deterrence, and steadfast resolve by the international community that Iran must change. If not, sanctions must be increased, not loosened.”

The US Treasury, expanding harsh sanctions that aim to force Iran to re-negotiate on American terms the 2015 international agreement that curbed the Islamic republic’s nuclear program, sanctioned this week Iranian communications minister Mohammad Javad Azari-Jahromi for blocking access to the Internet as part of a bid to squash anti-government protests.

The blockage made it difficult for protesters to post videos on social media, generate support for their rejection of recent fuel price hikes, and obtain reliable reports on the extent of the unrest. Amnesty International said more than 100 protesters had so far been killed by security forces.

Mr. Al-Jubeir and Mr. Gargash’s tough remarks notwithstanding, winds in the Gulf appear to be blowing in the direction of reduced tension on all fronts, including the 2.5-year old Saudi-UAE-led boycott of Qatar.

Inevitably, reducing tension will only prove sustainable if US-Iranian friction is dialled back.

Sustainability moreover will depend on some sort of regional understanding on non-aggression that would involve Iran and create the basis for a more multilateral security architecture that would embed rather than replace the regional US defence umbrella.

Bahraini foreign minister Khalid bin Ahmed Al Khalifa appeared to anticipate a more multilateral approach in his remarks at the Manama Dialogue. Rejecting an Iranian call for a security architecture that would exclusively involve regional states, Mr. Al Khalifa asserted that “Iran’s regional security proposals are fundamentally flawed, especially because they do not include external powers.”

A series of Saudi and UAE gestures in recent months, beyond the Saudi-Houthi talks, signal moves towards reducing tensions not only on the Yemeni but also the Iranian and Qatari fronts.

In the latest indication, Khaled Al Jarallah, deputy foreign minister of Kuwait, the official mediator in the dispute with Qatar, said a decision this month by the Saudi, Emirati and Bahraini national soccer teams to compete in the Gulf Cup in Qatar, despite their boycott of the Gulf state, “provides a clear indication that a breakthrough has taken place.”

Similarly, a Saudi official, in a rare gesture, told reporters in Washington earlier this month that Qatar had taken a step towards resolving the crisis by passing an anti-terrorism funding law, a key demand of the boycotting countries.

Besides withdrawing forces from Yemen, the UAE refrained from blaming Iran for the attacks on the Saudi installations and earlier explosions on vessels off the Emirati coast and sent officials to Iran to discuss maritime security.

Saudi and UAE support for the US’ maximum pressure campaign is certain to weaken if Gulf efforts to reduce tensions progress, particularly with regards to Iran. A peace process in Yemen and a Gulf dialogue with Iran would be significant steps in that direction.