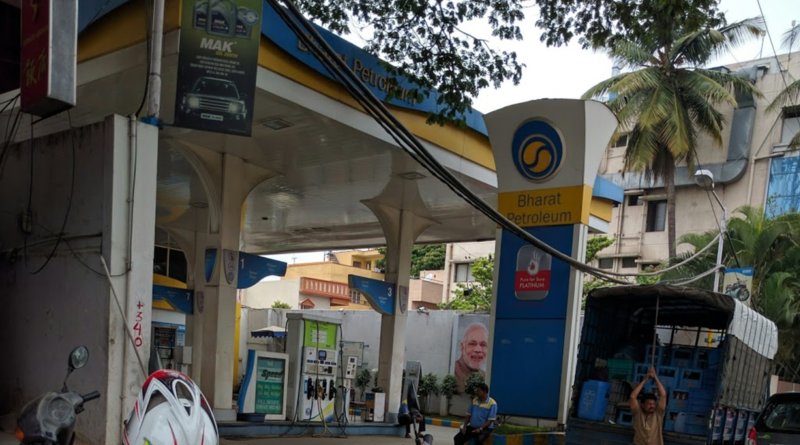 Bharat Petroleum Corporation (BPCL) is a government of India undertaking presently involved in petroleum refinery and production of petrochemicals. The company is presently implementing  major projects in Kochi in Kerala.

BPCL is a profit making company and every refinery with petrochemical derivatives such as Reliance Industries, Government of India owned Hindustan Petroleum Corporation Limited, Indian Oil Corporation Ltd. are all profit  making companies.

While explaining  the reason for privatizing BPCL, the Indian Petroleum Minister has said that the Government has no business to be in business. Obviously, he is repeating the original statement made by Mr. C. Rajagopalachari (Rajaji), the first Governor General of independent India and a statesman who can think beyond his time made a notable statement that  “government is to govern and not to do business”.

However, the leftist parties in India and the pledged critics of Modi government have disapproved the move to privatize BPCL along with a few other public sector undertakings stating the government is handing over the “milk cow” to private sector entrepreneurs and in the process sacrificing a well run government owned company. This is not the first time that a large government owned petro chemical company has been privatized. Indian Petrochemical corporation Ltd. (IPCL) was a well run company belonging to government fo India and was privatized and handed over to Reliance Industries several years back. TheModi  government was not in power at that time.

Several other government owned organisations have also been privatized in recent years.  The short sighted critics argue that the Modi government is privatizing well run  government owned companies to earn money to conceal its resource crunch. This is a baseless statement and born out of lack of taking a holistic view of the scenario.

Even since independence of India and even before that several industries and organisations have been set up by the government and private entrepreneurs. In some occasions, private companies may be unwilling to invest in some projects due to variety of reasons though such projects are extremely important for India’s progress and growth. In such cases, the government has to enter and set up the projects. This is how Steel Authority of India was set up by government of India to construct several steel plants in the country when private sector was unable to raise the resources for such projects.

It is always seen that the private companies are risk conscious and do not want to take calculated risk under any circumstances, which show lack of dynamism. Private sectors in India are also not investing adequately in research and development activities as such ventures do not provide quick returns and could be a calculated risk.

When public sector organisations are privatized, it is true that the government gets the money. At the same time, in the process of privatizing, several multinational companies may show interest in taking over and making more investment and introducing updated technologies. Such requirements are now badly needed in India particularly since India’s domestic technology standards are not adequate enough to set up new projects and the investment capability of private entrepreneurs are not adequate enough to ensure rapid  progress in the industrial growth in the country.

It is certainly the job of the government to invest in areas where private sector would not want to venture due to various reasons and such projects very badly needed in the country.

There are many projects in India with potential opportunities that are not being set up by the private sector.

While the government may privatize some of the undertakings, it would also set up new projects to ensure industrial progress. For example, Modi government is reviving a number of urea fertilizer projects which have remained closed for the last several years and where private sector are not interested in investing and reviving the units. Another impressive example is Modi government setting up bioethanol project from agricultural waste, to ensure the availability of ethanol for use as automobile fuel. The Modi government has also invested in setting up the pilot plant by private companies for production of methanol from  coal, as India presently imports around 1.7 million tonne of methanol and coal to be used as feedstock is abundantly available in India.

It is high time that the critics understand that government should act as catalyst for growth by  promoting and investing in industrial projects, it should also disengage itself in the existing projects by privatizing it  and handing over to the interested project promoters. This sort of approach is what Rajaji described as government is to govern and not to do business.

Home » Privatization Of BPCL In India: A Bold And Pragmatic Strategy Of Modi Government – OpEd