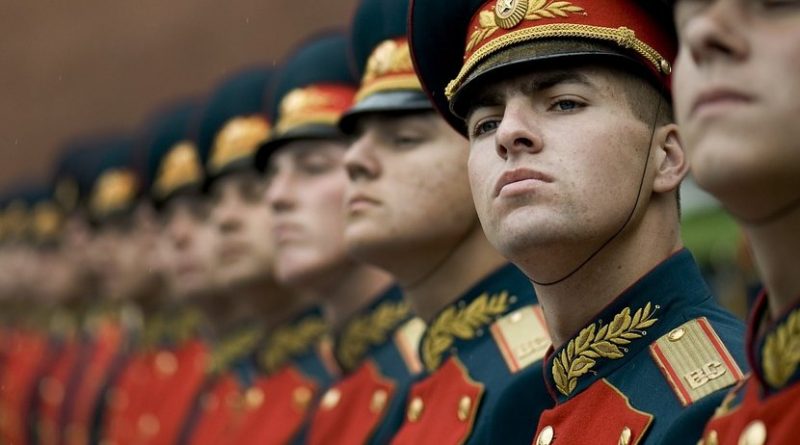 The November 10 declaration that led to the ceasefire between Armenian and Azerbaijani forces and the deployment of Russian peacekeepers left many issues unresolved, opening the way not only for new disputes between the parties but also by mission creep on the part of Russian forces in the region.

Aleksandr Bortnikov, director of Russia’s FSB, has said that his agency’s border service was training additional forces for the border between Armenia and Azerbaijan (tass.ru/armiya-i-opk/10061055 and ritmeurasia.org/news–2020-11-21–pogranichniki-rossii-vvedut-dopolnitelnye-sily-na-granice-armenii-i-azerbajdzhana-51996).

The FSB director said that “in correspondence with the decisions  taken to provide border security for the Republic of Azerbaijan, to support peace in Nagorno-Karabakh and at the request of the Armenian side [stress supplied], the FSB border administration in the Republic of Army has been given an additional reserve of 188 military personnel and a necessary amount of equipment.”

“The border guards will develop additional forces on the border of Armenia and Azerbaijan at posts organized in the Tekh and Syrgyt population points,” Portnikov says. He noted that “the Azerbaijan side had been informed about this move and that necessary interaction with the partners had been organized.”

The FSB director adds that he has reported to Putin that “no sharp issues between the border forces of Russia, Azerbaijan and Armenia are arising.” That has been the case because of what he described as “the constant exchange of information” among representatives of all three countries’ border services.

This case may be entirely reasonable and legitimate, but it is a move being taken on the basis of an agreement between two of the three parties to the Moscow declaration not all three and it expands the Russian footprint in the area while continuing to invoke the November 10 declaration as the basis for its actions.

What remains to be seen, however, is whether this is a one-time action drive by immediate needs or a Russian tactic designed to justify an expansion of Moscow’s mission in the disputed areas and to create facts on the ground that one or the other or both of the other countries may not be able to challenge.