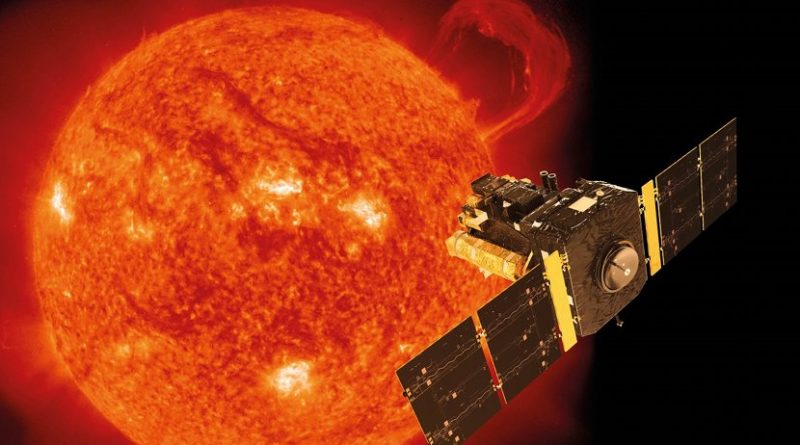 Ever wondered how the Sun will come to an end, and in the process, destroy Earth and the rest of the planets in the solar system? Based on observations of a red giant star outside of our solar system, scientists have noticed giant bubbles on its surface, indicating that it is in the process of dying, Times Now says.

Images taken from the Very Large Telescope in the European Space Observatory reveal the giant bubbles on the surface of the ‘Gruise’ star that sits away nearly 500 light years in the Grus constellations.

Stars are giant masses of hydrogen, and when they burn through their reserves, they shrink and become extremely hot. The outer layer of the star then expands when it comes in contact with the burning central core, explaining why stars expand as they age into red giants. The expansion process continues resulting in it becoming hundreds of time its original size, but with a thinner density.

When the ageing process kicks in, the ‘convection cells’ on the surface of a star are altered. These are essentially stores of liquid held in place by the movement of heat. By definition of convection, as the hot fluid moves towards the centre of each spot, cool fluid moves down from the edges, thus suspending the fluid in bubbles on the surface.

With the sun shedding its outer layers over tens of thousands of years, creating a nebula, the liquid on Earth, particularly in the form of oceans will boil, clogging the atmosphere with nitrogen and carbon dioxide. As a result, life on Earth will cease to exist even before the solar explosion destroys the entire solar system.

No reason to panic, however, scientists calculate that the Earth has around five billion years before the Sun turns into a red giant.