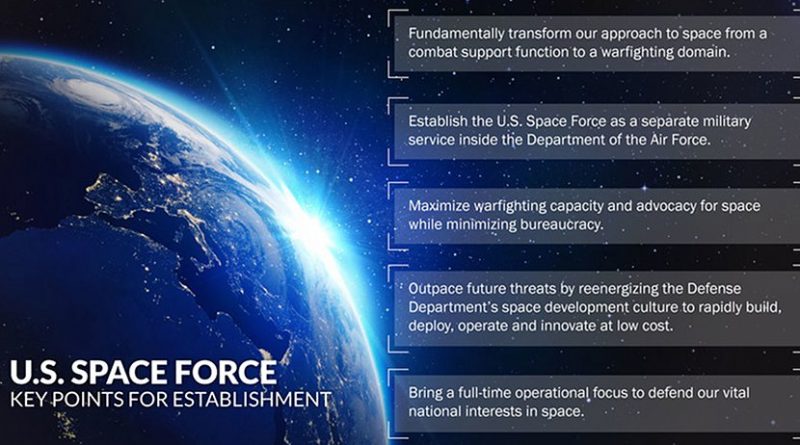 US Space Force. Credit: US Dept of Defense

China has condemned the inauguration of the newest branch of the US military, the Space Force, describing its creation as a threat to peace that endangers global stability.

He called on the international community to “adopt a cautious and responsible” approach to space, in order to prevent it from becoming a conflict zone.

In a ceremony marking the force’s official launch, US President Donald Trump said that space is “the world’s newest war-fighting domain” and that “American superiority in space is absolutely vital.”

The new military service expands on the work of the already-existing Space Command led by the US Air Force. Washington has said that the Space Force will comprise of around 16,000 Air Force and civilian personnel.