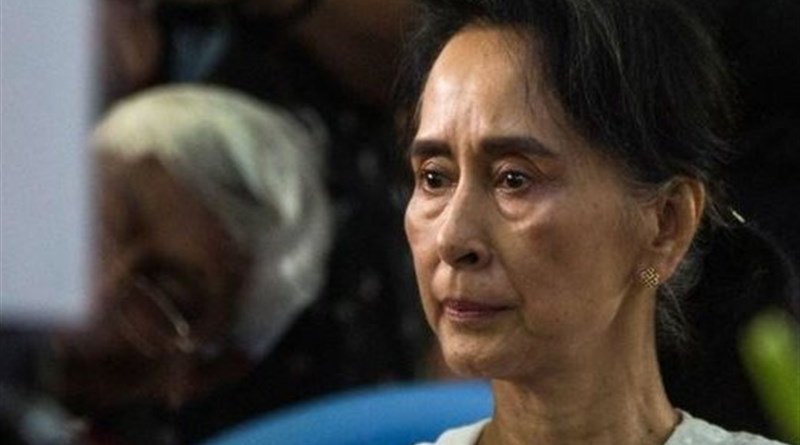 Suu Kyi returned from the Hague on 14th December.  She was received at the airport by enthusiastic colleagues and the people that included Members of Parliament, Locals, teachers and students.  Significantly, no Senior Army Official was present.

It should be noted that decisions on both the counts of “intent of Genocide” or “provisional measures” to protect the Rohingyas from future threats of violence will take a long time and are not enforceable also unless it is brought to the Security Council again for action. Here again both China and Russia may come to Myanmar’s rescue.

It is in this connection, Joe Kumbum’ (an analyst from Kachin under a pseudonym) has suggested that Myanmar should keep in touch with the Western powers lest it does not go over to the Chinese.   My response would be that it is the Western Powers including the USA that should take the initiative.

Suu Kyi while conceding that excesses may have taken place said that the country has had one Court Martial to try the guilty officers and one more is also in the offing.   Surprisingly she even undertook that more Court Martials will be pursued once the report of the ICOE- Independent Commission of Enquiry submits its proposal that is expected in a few days.

The Army does not come under the Government under the Constitution and this statement of Suu Kyi of having more martial law proceedings may not have gone down well with the Army. (Tatmadaw).

Another significant point to be noted is that Suu Kyi did not deny entirely the allegations made by the Gambian Representative.  She conceded that there could have been violations of human rights, infringement of norms of justice and rule of law in the midst of an armed conflict in Rakhine State but these in no way would amount to Genocide.

In one of the earlier reports of the UN, what happened in Rakhine was being termed as “text book’ case of genocide. There is no strict definition of “textbook genocide” anywhere and one could infer from earlier specific cases that have come before the ICJ.

This was briefly mentioned by Suu Kyi herself in the opening remarks.

Though some in the Western Press ridiculed Suu Kyi’s presence in the Court, describing her as looking pale  in the shimmering lights of the transport that carried her to the Court or at the time the atrocities committed by Myanmar Army, were read out in detail in the Court by the Gambian Representative, credit goes to Suu Kyi who put forth her case with poise and dignity. She had taken the risk of  defending the indefensible!

There have been reports that Suu Kyi’s deposition in the ICJ has:

It is not that the demonizing of Suu Kyi that has been systematically carried out by the Western Press and the International agencies is going to come down but domestically Suu Kyi’s popularity has risen up after her appearance in the International Court in support of Myanmar’s honour. Whether this would help her in the next General Elections is still a moot question but now there are greater chances of the Bamar community voting overwhelmingly in favour of Suu Kyi.

Some analysts feel that this may also help in her in her quest to reform the Constitution, but this looks to be far-fetched when the Army has shown no desire to go along with the reforms even now. As Bertil Lintner has pointed out, the Army signalled a different message when it made a great show of force in the country, when Suu Kyi was arguing the case on behalf of Myanmar (actually on behalf of the Army) in the International Court of Justice.

Home » Myanmar: Has Suu Kyi’s Position Been Enhanced After Her Return From ICJ? – Analysis