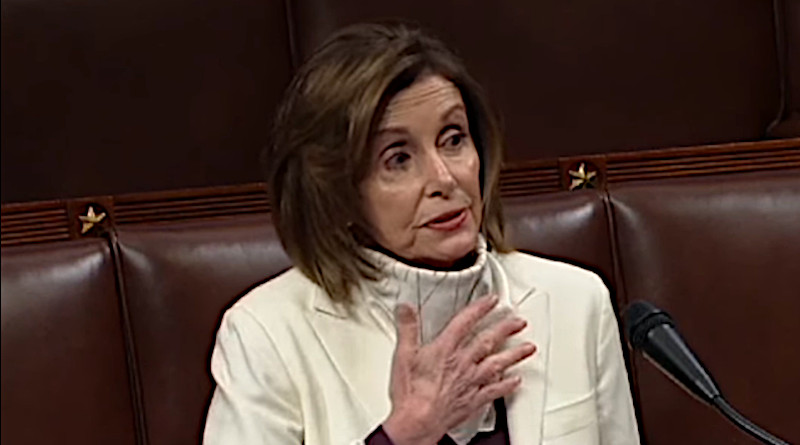 The 2020 election failed to live up to the projections of many pollsters and Democratic strategists. The predicted landslide failed to materialize, and the Democrats lost seats in the House. This means in 2022 the Democrats will be defending a razor-thin majority in the House—a majority they’re almost certain to lose in a midterm election if Biden is the final victor. The Democrats did well. But not that well.

Nonetheless, Nancy Pelosi in the days following the election reportedly declared the Democrats “have a mandate!”But do they?

Let’s consider what constitutes a democratic victory given the standard handed down to us by pundits and politicians on the left. According to the current narrative, the legitimacy of a president’s electoral victory depends on the number of votes he receives through the “popular vote.” That is, when it comes to votes from the overall national population, the candidate with a majority—or a plurality, depending on the standard one is using—ought to be declared the victor.

At this time, it appears the popular vote doesn’t exactly scream “landslide” for the presumed winner, Biden, no matter how you look at it. Biden’s popular election tally in 2020—as in most presidential contests—failed to get much more than a bare majority. This time, it came in at slightly above 51 percent, according to the government’s numbers.

In other words, nearly half of those who voted, voted against Biden.

Only in Washington could anyone spin this as a “mandate” to rule in whatever manner the Democrats wish. The US Senate, of course—no matter how Georgia’s runoff elections go—will be about evenly divided. In the House of Representatives, the Democrats will, at best, capture 51 percent of all seats.

The Consent of the Governed?

The vulgar version of democratic theory generally used by Washington politicians and the US news media stipulates that whichever party (or coalition of parties) receives a majority of votes has the consent of the governed.

Yet, “the governed” does not include merely those who voted in the election. It’s problematic enough that the 51 percent who voted for the victors gets to rule over the 49 percent who voted for someone else. But in this scenario we’re not only talking about people who actually voted. After all, it’s not just active voters who are subject to the laws and diktats of the regime.

So, how many of “the governed” have actually voted for Joe Biden?

If we look to the population in its entirety, the percentage who have signed off on a Biden presidency is rather small. Out of the 330 million residents in the United States—a group we can plausibly refer to as “the governed,” 81 million of them reportedly voted for Biden. That comes to around 24 percent of the total.

It’s hard to spin this as a case of “the people” signing off on the Democratic Party’s—or any party’s—agenda.

Some might take exception to this on the grounds that I’ve included children in the total. Of course, some hard-core small-d democrats on the left insist that children should indeed get to vote.  And given that today’s children will be paying trillions of dollars in interest on today’s national debt, it’s not as if children are irrelevant. But for the sake of argument, let’s include only the adult population among “the governed.”

According to the Federal Register, the “estimated voting age population” in the United States as of 2019 was 255 million. That’s just people over 18.

What proportion of the adult population cast a vote for Joe Biden?

The answer is 31 percent, or less than one-third. The total for Donald Trump was 29 percent, according to the official account. That means nearly 40 percent of eligible voters either voted for someone else, or didn’t vote at all. It also means nearly 69 percent of voting-age Americans did not vote for Biden.

So, even if we define “the governed” or “the people” as merely the adults—most of whom presumably pay taxes, by the way—then neither Biden nor Trump managed to even get a plurality, let alone a majority. The plurality of these American adults chose to vote for neither of these candidates.

In the actual US electoral system, of course, one clearly does not need to obtain a majority of the popular vote to win. The legal victor is whoever gets the most electoral votes, regardless of how many eligible voters participate. Many presidents have won the presidency—e.g., Bill Clinton, John F. Kennedy—without ever winning a majority of votes cast.

Yet the popular narrative underlying pundits’ and politicians’ appeal to democracy is that winners obtain moral legitimacy—not to be confused with legal authority—by “getting the most votes.” We see, however, that more often than not a majority of the adult population—and a lopsided majority of the overall population—never casts a vote for the victor.

Moreover, there is no reason to assume that those who voted for the winner all did so for the same reason. Do all of the tens of millions of Biden voters or Trump voters cast their votes with identical policy preferences in mind? It’s clear they do not and have not. Thus, there can be no mandate, and it would be nonsensical to conclude that it is even possible that the electoral victor, in the face of such a large and diverse voting population, can “represent” his constituents in any meaningful way.

But old myths of democracy die hard, and the winners in contests like the 2020 election will predictably spin their victories as a type of democratic mandate while portraying themselves as the instrument of “the will of the people.” Many Americans will believe them.