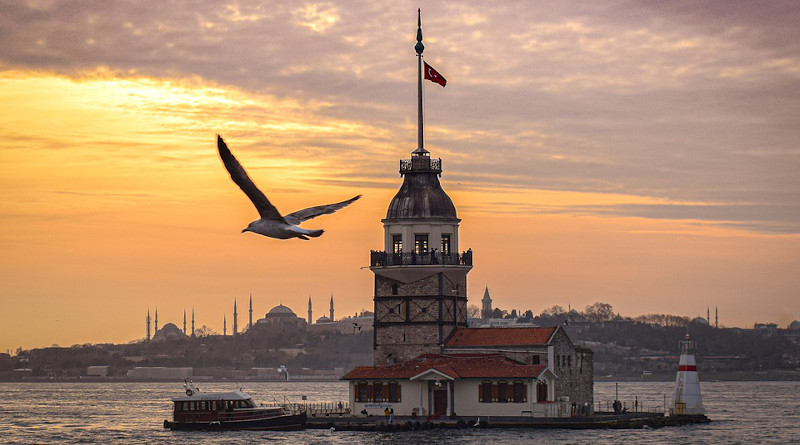 By Kadri Tastan and Ilke Toygür*

After years of rising tensions in transatlantic relations, the European Union could have a sigh of relief when Joe Biden won the U.S. presidential election. Even if there is no place for nostalgia for the golden years, it looks like the EU could cooperate better with a Biden administration on various issues than with the Trump one, including relations with Turkey. The current estrangement of Turkey –a candidate country for accession to the EU and a long-standing member of NATO– from the West is not the ideal scenario for anyone. On the task of preventing further drift with Turkey, the EU and the United States face similar challenges.

Starting in the early post-Second World War years, the United States was the key force behind Turkey’s integration in Western institutions. Even if this was mostly geopolitical, the United States also encouraged the country’s aspirations for EU membership. Once Donald Trump was elected in 2016, however, U.S. support for multilateralism and rules-based arrangements in general started to decline. On top of that, his ignoring the lack of democratic credentials of different governments encouraged autocrats everywhere. This attitude did not help in maintaining relations with Turkey on track. Ankara’s alliance with the West, which looked very necessary during the Cold War, started to crack on multiple fronts.

These four years will be remembered as ones of solitude for the EU in an increasingly turbulent region and multipolar world. The power vacuum left by the United States in Turkey’s immediate neighborhood allowed the latter to unilaterally pursue an assertive and militarized foreign policy there. Consequently, Turkey’s actions in Syria, Libya, the Eastern Mediterranean, and most recently Nagorno Karabakh have deepened the rift with the EU. According to High Representative for Foreign Affairs and Security Policy Josep Borrell, EU-Turkey relations today are at a turning point.

After Biden’s victory, the mood seems to be changing in Ankara and in Brussels. The EU celebrates the return of a president willing to work with it in world affairs. Biden recently stated that the United States should go back to its leadership role in various areas and cooperate closely with its allies. The choice of a fluent French speaker and convinced Europeanist and multilateralist, Antony Blinken, as secretary of state is also good news for Brussels. It is also expected that the personalization of U.S. policymaking will decrease, and that the White House, Congress, and the Department of State and Defense will be more coherent. This means that last-minute arrangements in the name of the president will be a rare practice. Further institutionalization would also incentivize more organized cooperation with the EU on various fronts.

The Biden will seek coordination with the EU on various issues, many of which will directly interest or influence Turkey. It can therefore be expected to strengthen the EU’s position when it comes to its relationship with Turkey mainly on three fronts.

First, a Biden presidency will strengthen the Western alliance right from the start. The lack of unity between the United States and the EU was one of the key factors behind the perception of a power vacuum that so many, including Turkey, tried to fill. Biden will embrace transatlantic relations and that will mean the end of Turkish benefitting from the friction between Washington and Brussels. Western unity will also be reflected in the strengthening of multilateral institutions, starting with NATO.

Biden is described as a classic internationalist, with a general affection for multilateral institutions. This is why he is expected to invest in a more political and strengthened NATO. Today there are several contentious subjects between Turkey and its allies within NATO: the tensions with the United States around the procurement of S400 missile defense systems from Russia, the tensions with Greece and France in the Eastern Mediterranean and elsewhere, Ankara’s ever more assertive foreign policy in the region, and its rapprochement with Russia. The election of Biden does not automatically resolve any of these issues and therefore the divisions and tensions within NATO will prevail at first. However, the strengthening of the institution could incentivize Turkey to settle issues with its allies.

The departure of the United States from the Paris Climate Agreement and the World Health Organization in the middle of the coronavirus pandemic were prime examples of Trump’s extremely negative effect on U.S. multilateral commitments. Even if Turkey has its own issues with the negotiations on climate change –it is not considered a developing country and thus will not be able to benefit from the green funds promised in the framework of international negotiations on climate change– Trump’s position most likely encouraged it not to ratify the agreement. The return of the United States to the agreement could now prompt Turkey to ratify it, which could create a platform for Turkey and the EU to work together on this global challenge.

The U.S. “pivot” to Asia is perceived as a bipartisan fact, and Washington’s primary foreign-policy challenge will continue to be how to deal with China. However, this is not expected to crowd out the traditional focus on security and fighting against terrorism. In this regard the EU could expect a more active involvement by the United States in the EU’s neighborhood and thus many areas where Turkey is also involved, such as Syria, Libya, and Nagorno-Karabakh. The Biden administration is expected to go back to counterbalancing Russia, which also plays a crucial role in these areas.

Furthermore, the EU’s hand will be strengthened when it comes to the tensions in the Eastern Mediterranean. The United States is likely to put strong pressure on Turkey when it comes to its relations with Cyprus and Greece. It traditionally had a more balancing approach on this front but now it appears to take an attitude that is more favorable to Greece. The relationship with Athens is increasingly more important for Washington, mostly because the country is perceived as a backup for U.S. bases in case of a greater drift in relations with Turkey. Biden also has a long-standing interest in the Cyprus issue and Turkey’s attempts to change the status quo there via encouraging the opening of the sealed-off beachfront of Varosha and the two-state solution is not welcomed. The EU and the United States could cooperate for establishing a dialogue with Turkey in the Eastern Mediterranean.

More Emphasis on Democracy, Rule of Law, and Human Rights

Biden has pledged that his administration would convene the world’s like-minded countries for a Summit for Democracy to fight corruption and authoritarianism and to advance human rights. His administration’s intention to focus more on the intersection between domestic and foreign policy is likely to factor in democratic credentials of U.S. allies in any decision making. At the rhetorical level, at least, this dimension is expected to be important for the administration’s foreign policy.

U.S. administrations, however, have always privileged the security relation when it comes to Turkey. Therefore, democratic credentials or the country’s human-rights records have always been secondary for Washington. Having said that, the Trump experience, and the damage he has done to democratic institutions in the United States, could potentially push the Biden administration to be more active. This means that it will likely be more vocal when it comes to the democratic backsliding and undermining of the rule of law and basic rights and freedoms.

On this issue too, the EU has found itself challenged by Trump, who despised it and had better relations with the autocrats of the world. The expected change under the Biden administration would clearly strengthen the EU’s position against Turkey. The EU could become more vocal once again if this agenda is actively supported or pushed by the United States as well. The recently adopted EU Global Human Rights Sanctions Regime –the EU’s own Magnitsky Act– could also provide a platform.

Turkey has very few friends left in Washington and in European capitals. The lack of collaboration during the past four years between the United States and the EU, however, decreased the efficiency of their respective Turkey policy. Both are now going through a soul-searching moment when it comes to relations with Turkey. They have to choose between cooperation on issues of mutual interest or confronting it more up-front. Biden and his team are expected to recognize Turkey’s importance to NATO and not to openly seek confrontation from Day One. However, they will still have many issues on their plate because of the accumulation of problems. Meanwhile, the EU’s position on Turkey is very much connected to the different interests of member states, whose view on cooperation and conflict clash.

The future of Turkey’s relations with the West will not only be decided by the policies of President Recep Tayyip Erdoğan, but also by the approaches of the European Union and the United States. We will see if their choice will be to accommodate Turkey’s growing ambitions or to confront it on the current state of its democracy or its assertive foreign policy. But one thing is clear: whatever the choice, more aligned policies will be more effective. However, further transatlantic cooperation will not necessarily resolve the issues on the table in the absence of a common EU strategy for the future of relations with Turkey, which requires creativity on the part of the EU. Delegating the job of dealing with the alienation of Turkey from the West to the United States is not the right strategy but coordinating policies while investing in a new, more inclusive multilateralism is.

*Source: This article was published by Elcano Royal Institute and was published originally by the German Marshall Fund of the United States on 11 December 2020.