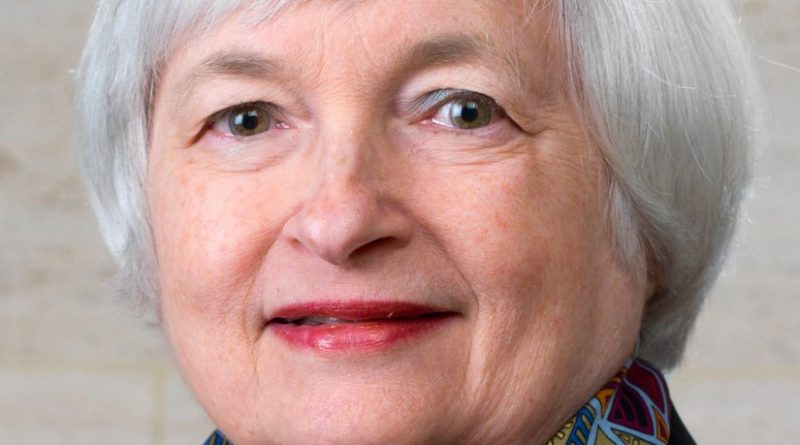 US Fed Chair Janet Yellen’s recent speech at Stanford University certainly was much like Ms. Yellen herself: predictable and safe. She is less opaque than Alan Greenspan, and less combative that Ben Bernanke. But she shares both men’s ability to say very little that is interesting or controversial.

Yellen opened with self-congratulatory Fed-speak. Citing the falling official unemployment number as a sign of Central Planner heroism, Yellen completely washes over the troubling reality of the participation rate. The statisticians, in true form, put the attention on how many in the labor force have a job, but shoo away the fact that the denominator— the labor force itself— is hardly in a healthy state. After all, if tens of millions who need a job have given up looking and are no longer calculated in the labor force, how can this be a labor market recovery?

Consider the problem in graph form, courtesy of Jeff Snider at Alhambra Partners. Yellen expressed resolve to achieve even more devaluation of the currency on her quest toward 2% inflation. Of course, being well-trained central bankers Yellen and Co. are completely oblivious that their interest rate manipulation devastates the very pillar of a sound economy: the intertemporal structure of production. The aim to “heat up” the economy by tampering with interest rates doesn’t just put upward pressure on consumer prices, it also sets the economy up for a future recession.

Yellen thoroughly defends the honor of the discretionary policy advocates by clearly warning about the dangers of a policy rule. That is, whether monetary policy should be left up to the “discretion” of the FOMC (discretionary monetary policy) or in accordance with predetermined rules, such as the Taylor Rule, Yellen upholds the former. She argues that the Fed needs a level of flexibility to respond to unforeseen events that various “rules” don’t provide. Of course, this entire debate over discretionary vs. rule-based is ludicrous: both of these positions aim to set money supply and interest rates at variance with what the market would provide.

What we need is the market to properly allocate scarce capital according to price signals and in response to the desires and decisions of individual actors throughout “the economy.” In other words, we don’t need more “policy.” We’ve suffered enough.

About the author:
*C. Jay Engel is an investment advisor at The Sullivan Group, an independent, Austrian-School oriented, wealth management firm in northern California. He is especially interested in wealth preservation in lieu of our era of rogue Central Banking. He is an avid reader of the Austro-libertarian literature and a dedicated proponent of private property and sound money. Visit his blog, TheAustrianView.com.