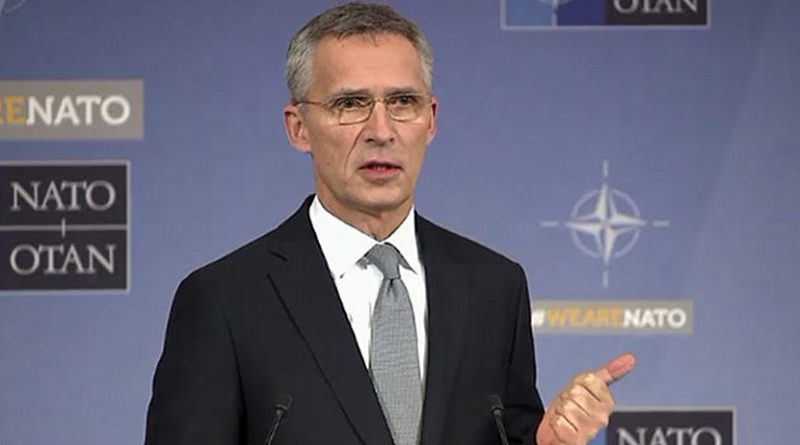 As the North Atlantic Treaty Organization (NATO) prepares to celebrate its 70th anniversary, leaders from both sides of the Atlantic reaffirmed the importance of the alliance for mutual defence.

“If NATO didn’t exist today, we would have to invent it,” said Ursula von der Leyen, Federal Minister of Defence of Germany. Both she and Jens Stoltenberg, Secretary-General of NATO, borrowed the “one for all, all for one” phrase made famous by the novel The Three Musketeers. “We believe that we are safer together than we are apart,” added Stoltenberg. The leaders made their comments at the World Economic Forum’s Annual Meeting in Davos-Klosters, Switzerland.

From the other side of the Atlantic, John F. Kerry, Distinguished Fellow for Global Affairs at Yale University and US Secretary of State (2013-2017), responded to concerns that the current administration might not be fully committed to NATO. “There is a question of whether this president will be there,” he said. “But I know that the American people and anybody who has a chance to be president in the future believe in NATO and Article 5.” The article states that an attack against any NATO member will be considered an attack against them all.

Several panellists emphasized the shared values of the societies united by the pact, including freedom, democracy, humanitarianism. They stressed the need to remain united in their defence. “All of these values are under pressure,” said von der Leyen. “In this period of transformation, NATO is indispensable.”

Minister von der Leyen and others stressed that the organization needs to adapt to the changing geopolitical landscape of the 21st century. “This is a different world with different threats,” said Stoltenberg. Cyberwarfare has joined terrorism and nuclear arms at the top of the agenda. Competition among great powers and Russia’s growing military assertiveness also rank up there.

“The good news is that NATO is adapting,” Stoltenberg added. Contrary to perceptions in some corners, the United States is increasing, rather than reducing, its commitment to Europe. Meanwhile, the Europeans are beefing up their financial contributions to the alliance. “My message to the United States is that we are improving and we are seeing results,” said Stoltenberg.

Stoltenberg and Kerry said that NATO’s importance is emphasized by concerns about the future of the Intermediate-Range Nuclear Forces (INF) Treaty. Russia has allegedly breached the INF, and Trump is threatening to withdraw from the agreement as a result.

The US plays a fundamental role in ensuring his country’s security, according to Jacek Czaputowicz, Minister of Foreign Affairs of Poland. “We want more American deployment,” he said. “The transatlantic bonds and the American presence are the only things that Russia takes into consideration.”

The NATO alliance may be challenged in the future as the nature of the geopolitical threats facing Europe and the United States drift in different directions, according to Kishore Mahbubani, Senior Adviser and Professor in the Practice of Policy at the National University of Singapore. For the US, its rivalry with China will continue to grow, he said. Meanwhile, in Europe “people fear boats” full of African migrants more than they “worry about tanks. They are more worried about migrants, and more are going to come.” That gives Europe a strong incentive to contribute to development in Africa, where their most likely partner will be China, which already invests heavily in the region.

Home » Leaders At Davos Underscore The Importance Of NATO