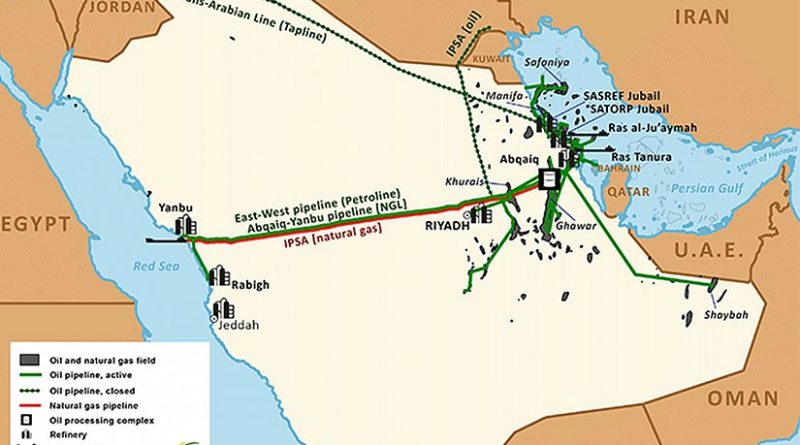 OPEC’s largest producer continues to expect global oil demand to keep rising at least by 2040 and sees itself as the oil producer best equipped to continue meeting that demand, thanks to its very low production costs.

“There will continue to be growth in oil demand … We are the lowest cost producer and the last barrel will come from the region,” Nasser told CNN.

For several years, Nasser has been saying that peak oil demand is nowhere in sight, that petrochemicals will drive oil demand growth through 2050, and that all the ‘peak oil demand’ and ‘stranded resources’ talk is threatening an orderly energy transition and energy security.

Saudi Arabia—which has just announced that its huge oil reserves are slightly higher than previously estimated—looks to diversify its economy away from heavy dependence on crude oil, but one of the goals of its Vision 2030 diversification plan is to use less oil in domestic power generation to free up more barrels for exports.

As the world’s top crude oil exporter, Saudi Arabia will not be giving away easily its crown and the geopolitical clout that comes with it.

The Saudis have the two key ingredients to continue pumping oil till kingdom come—huge reserves and low production costs.

In addition, various organizations, including OPEC, estimate that shale production in the world’s current top oil producer—the United States—will peak at some point in the late 2020s, reviving demand for crude oil from OPEC (and its biggest oil producer Saudi Arabia).

Earlier this month, Saudi Arabia announced that an independent estimate of its oil reserves by DeGolyer and MacNaughton (D&M) showed that the Kingdom’s total proven oil reserves were 268.5 billion barrels as of the end of 2017, up from around 266 billion barrels previously estimated.

DeGolyer and MacNaughton said last week that it completed the first contemporary independent assessment of reserves in Saudi Arabia, adding that at this point, it would “make no further comments on this extensive project.”

“This certification underscores why every barrel we produce is the most profitable in the world, and why we believe Saudi Aramco is the world’s most valuable company and indeed the world’s most important,” Saudi Energy Minister Khalid al-Falih said in the statement released by the Saudi Press Agency.

Saudi Aramco’s cost of production is just $4 a barrel, al-Falih later said in a news conference, as carried by Reuters.

Saudi Arabia may need oil prices higher than $80 a barrel to balance its budget because most of the income comes from oil. Yet, the Kingdom has what is probably the world’s lowest cost of pumping one barrel of oil.

While surging U.S. shale production has been boosting the global oil supply which Saudi Arabia and OPEC and non-OPEC Russia are looking to drain again with a new round of production cuts, current estimates point to shale peaking in the late 2020s.

According to the International Energy Agency (IEA), U.S. tight oil production will continue rising through 2025, and “Thereafter, with our current estimate for recoverable resources, production starts to fall gradually.”

In its latest World Oil Outlook, OPEC sees non-OPEC supply peaking in the late 2020s, mainly because of expected U.S. tight oil supply peak. In the medium term, through 2023, demand for OPEC crude is seen waning to 31.6 million bpd in 2023 because of non-OPEC supply growth. But after that, with the U.S. shale peak expected in the late 2020s, OPEC forecasts that demand for its crude will start rising again, to reach nearly 40 million bpd by 2040.

Will the world need oil in 2040? Saudi Aramco’s answer to this question is an emphatic ‘yes’.

The world will continue to need a lot more oil and a lot more exploration will be needed just to offset declining oil production at mature fields, Aramco’s Nasser said in Houston last year.

The energy transition is much more complex than simply replacing oil with renewables and electric vehicles (EVs), Nasser said last March and added: “In other words, I am not losing any sleep over ‘peak oil demand? or ‘stranded resources?.”