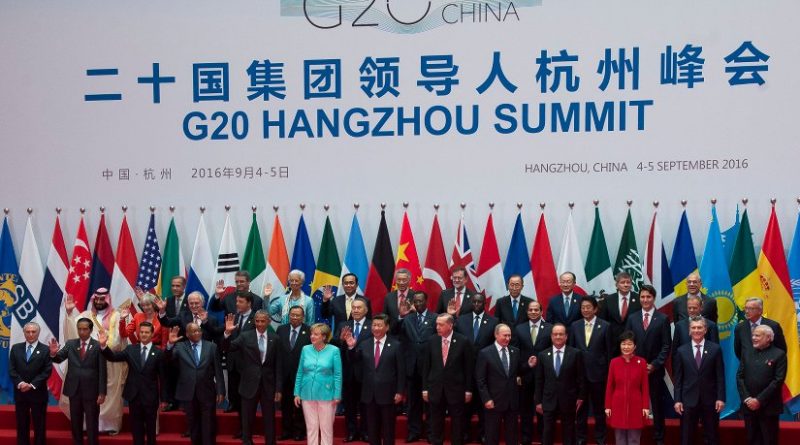 ‘Shaping an interconnected world’ is the slogan Germany has chosen for its Presidency of the Group of Twenty (G20) summit of heads of state and government on July 7-8 in the port city of Hamburg. It is based on three thematic pillars: building resilience, improving sustainability, and assuming responsibility.

The German Economic Cooperation Ministry (BMZ) has contributed to defining the German G20 agenda, as all three pillars are closely related to development cooperation.

Responsibility relates to partnership with Africa, food security, agricultural innovation and youth employment, financial services for disadvantaged population groups with a focus on displaced people, and equity in taxation.

The G20 countries produce around 80 percent of global economic output in terms of gross domestic product (GDP) adjusted for purchasing power parity. In 2015, China’s GDP was around 19.7 billion international dollars when adjusted for purchasing power parity. This makes China the largest economy in the world, followed by the United States, India and Japan. Germany was in fifth place, at 3.9 billion international dollars.

G20 countries account for three‑quarters of global trade. China, the United States, Germany and Japan are the four largest exporting countries in the world. Of the 20 countries with the largest volume of exports worldwide, 15 are members of the G20.

Around two‑thirds of the global population live in the G20 member countries. China, the country with the largest population in the world, has approximately 1.38 billion inhabitants, closely followed by India, which has a population of 1.3 billon. The United States, Indonesia and Brazil are next in the list. Germany is in seventeenth place.

G20 was set up in 1999 in response to the global economic and financial crisis. It has now started to increasingly address the development of answers to other global challenges as well.

At their summit in Seoul in 2010, G20 heads of state and government agreed on a global development strategy that focuses on inclusive economic growth as the centrepiece of global poverty reduction. Ever since, development policy has been a topic in its own right on the agenda of the G20 process.

BMZ Parliamentary State Secretary, Thomas Silberhorn said: “Within the German development cooperation, we are placing a strong emphasis on supporting our partners in building local financial systems and framework conditions to mobilize and shift private investments towards a sustainable future. GreenInvest is an excellent vehicle to advance our joint understanding and setting the stage for scaled-up action on green finance.”

UN Environment has been selected to develop and manage GreenInvest, building on its extended experience in advancing sustainable finance. UN Environment’s co-Director of the Inquiry into Design Options for a Sustainable Financial System, Simon Zadek said: “UN Environment welcomes the opportunity through its involvement in GreenInvest to highlight the innovations by, and accelerate the flow of green finance in developing countries.”