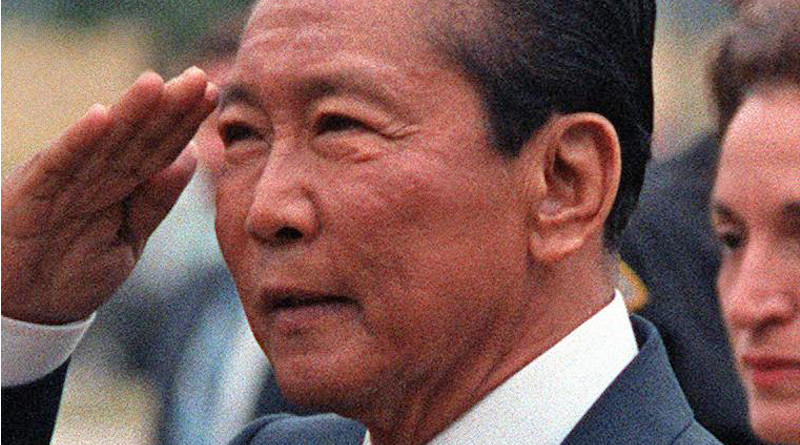 The gains of the Philippines’ People Power Revolution of 1986 should never be forgotten and should be taught in schools and churches.

This was the call from two Catholic bishops on the eve of the 34th anniversary of the popular uprising that resulted in the downfall of Ferdinand Marcos and the end of his 20-year dictatorship.

“The young should be taught in schools and churches about what happened that inspired other countries to do the same — oust a dictator without shedding blood,” said Bishop Arturo Bastes.

The bishop of Sorsogon said Filipinos should proudly remember how the People Power revolt “toppled a cruel dictatorship in a peaceful manner.”

Bishop Ruperto Santos of Balanga said Filipinos should learn the lesson of that revolution and continue to stand and be vigilant against dictatorship.

“It should always be ‘never again’ to dictatorship, to absolute authoritarianism,” he said, adding that Filipinos should “continue to safeguard our hard-earned freedom.”

“We learned our lessons from those who abused their position and power, those who misused our trust and used their authority for their personal and party’s benefits,” said Bishop Santos.

“Now we have to speak and show as one people our stand against abusive, corrupt, and immoral officials. What we have shown during those historic days of our solidarity for common good, our unity to save lives and our unified vision of free Philippines must be continued.”

Meanwhile, the presidential palace announced that President Rodrigo Duterte will not attend the People Power anniversary celebrations on Feb. 25.

“If he doesn’t want to attend, then why should we force him?” said presidential spokesman Salvador Panelo.

The president, who has claimed that he admires former president Marcos, has skipped the ceremonies since he assumed office in 2016.

Shortly after sweeping to power, Duterte allowed Marcos to be buried in Manila’s Heroes’ Cemetery in the face of public outrage.

Millions of Filipinos trooped to a stretch of highway known as Edsa during the four-day uprising from Feb. 22-25, 1986, that led to the ouster of Marcos.

Over 2,000 policemen will be deployed to monitor the commemoration of the 34th anniversary of the 1986 revolution on Feb. 25.