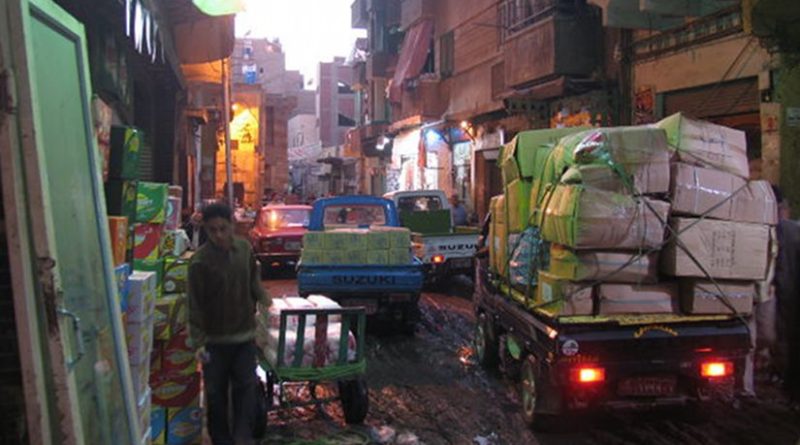 Egyptian police, National Security Agency, and military officials arbitrarily arrested, forcibly disappeared, and tortured children as young as 12 while prosecutors and judges turned a blind eye, Human Rights Watch and the rights group Belady: An Island For Humanity said in a new report.

The 43-page report, “‘No One Cared He Was A Child’: Egyptian Security Forces’ Abuse of Children in Detention,” documents abuses against 20 children between the ages of 12 and 17 when they were arrested.

Egypt’s allies, especially the United States as well as France and other European Union countries, should halt support to Egyptian security forces until Egypt takes measurable steps to end the abuses and hold accountable those responsible, the groups said.

“The harrowing accounts of these children and their families reveal how Egypt’s machinery of repression has subjected children to grave abuses,” said Aya Hijazi, co-director of Belady. “Egyptian authorities act as though they are above all laws when it comes to children in detention.”

Fifteen of the 20 children said they were tortured in pretrial detention, usually during interrogation while held incommunicado. In addition, another child was badly beaten by prison guards. Seven children said security officers tortured them with electricity including with stun guns.

A boy arrested at age 16 told a relative he was worried he might “never marry or be able to have children” because of what Egyptian security officials had done to him in detention.

In two cases, children said security officials tied their arms behind their backs and suspended them by their arms, which dislocated their shoulders. One of the boys, age 14 at the time, said his joints had to be re-set by another prisoner in his cell who was a doctor.

Abuses against children as well as adults by Egypt’s security forces have become flagrant under the government of President Abdel Fattah al-Sisi. The Interior Ministry’s National Security Agency’s officers were responsible for the majority of abuses documented in the report, but police and in some cases army officers were also involved.

“Children are describing being waterboarded and electrocuted on their tongues and genitals, and yet Egypt’s security forces are facing no consequences,” said Bill Van Esveld, associate children’s rights director at Human Rights Watch. “Governments that want to end these horrors should end support to Egyptian security services and condition any future agreements on there being real reforms.”

Security officers forcibly disappeared children for up to 13 months, refusing to acknowledge to the children’s desperate families that they were in detention or provide any information about them. Belal B. was 17 years old when National Security officers arrested and put him in solitary confinement at a Cairo police station. “I knew nothing about my parents and they knew nothing about me,” he said. Officers then “tied me to a chair for three days,” causing severe pain, he said.

One child was sentenced to death, in violation of international law. Three were placed in solitary confinement, and three were denied any family visits for more than a year in detention. Children were held with adults in cells so overcrowded that they had to sleep in shifts, and were denied adequate food and medical care.

The children’s accounts of torture and other abuse are typical of the brutal security tactics Human Rights Watch, Belady, and other organizations have documented against children and adults detained for alleged political or security offenses in hundreds of cases since 2014.

Egyptian law requires authorities to present detainees to a prosecutor within 24 hours of arrest, but prosecutors covered up lengthy enforced disappearances of children by falsely stating when they were arrested. In none of the cases did authorities present an arrest warrant or arrest children lawfully. Authorities held one boy without trial for 30 months, in violation of the two-year limit in Egyptian law, charged him with participating in a protest that occurred while he was in detention, and refused to let him take school exams, undercutting his chances for a better future.

Egypt’s criminal justice system has failed to seriously investigate the children’s allegations of torture and ill-treatment. In one case in the report, the prosecutor even threatened to send a boy “back to the officer” who had tortured him if the boy refused to make a confession.

Authorities tried two children before military courts for alleged crimes including damaging the façade of a hotel. Children should not be tried before ordinary criminal courts with adults, let alone in military courts, which limit due process and fair trial rights.

Egypt should enforce provisions of its 1996 Child Law and its 2008 amendments that established special protections for children, such as alternatives to detention and penalties for officers who detain children alongside adults, Belady and Human Rights Watch said.

Egypt should revoke a loophole in the Child Law that allows prosecutors to send children accused of crimes with an adult accomplice to criminal courts, which they used to prosecute children alongside adults before terrorism courts. Authorities should detain children only as a last resort and for the shortest appropriate period of time.

Egypt should fully cooperate with United Nations and African Union experts on torture, arbitrary detention, and enforced disappearances; invite them to conduct country visits; and commit to protect their missions against reprisals.

“Egypt’s criminal justice system has failed to protect children from ill-treatment and could cause lasting harm,” Hijazi said. “Ending this routine detention and abuse is in the common interest of society as well as the child.”