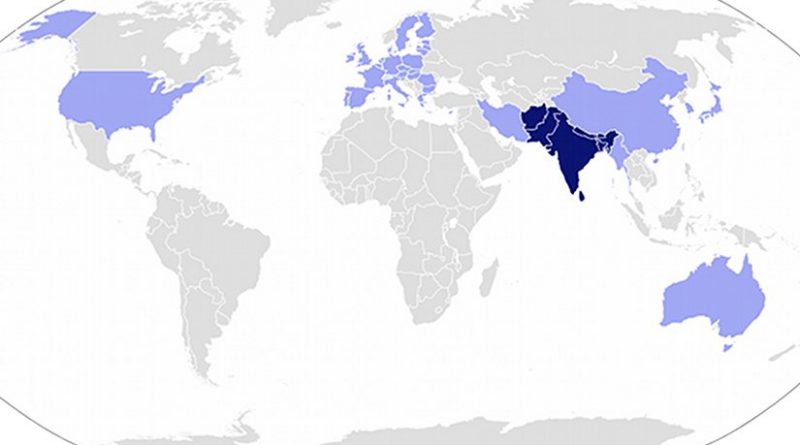 As SAARC is lauded for its handling of the COVID-19 pandemic, it is premature to expect its revival as the predominant regional grouping in South Asia. Sub-regional groupings like BIMSTEC do not have to be side-lined. A multipronged approach to advancing regionalism in South Asia is the way forward.

When Indian Prime Minister Narendra Modi took to Twitter urging SAARC heads of states meet for a video conference to address the COVID-19 crisis, speculation was rife whether the moribund South Asian Association for Regional Cooperation (SAARC) was poised for a comeback.

The impromptu virtual summit on 15 March 2020 was the first high-level meeting since India pulled out of the 2016 SAARC Summit that was to take place in Islamabad. India has been keeping SAARC at arm’s length in the wake of the 2016 cross-border terrorist incidents at Uri and Pathankot as tensions heightened between New Delhi and Islamabad. PM Modi’s latest initiative surprised many India watchers.

Modi reached out to the eight-nation grouping — Afghanistan, Bangladesh, Bhutan, India, Maldives, Nepal, Sri Lanka and Pakistan — at a time when SAARC had been ticked off as defunct since its last Summit in 2014. Described as a “slow boat to nowhere”, SAARC is internally fraught being hostage to India-Pakistan rivalry.

Moreover, changing geopolitical realities with Beijing’s expanding footprints in the neighbourhood and beyond is shifting the traditional boundaries of a largely continental South Asia to a maritime one, rendering SAARC somewhat obsolete.

New Delhi had instead turned its focus on sub-regional groupings such as the Bay of Bengal Initiative for Multi-Sectoral Technical and Economic Cooperation (BIMSTEC), the Bangladesh-Bhutan-India-Nepal (BBIN) initiative, and the Indian Ocean Rim Association (IORA) as alternatives to deliver on connectivity, development and counter-terrorism efforts.

While these groupings are considered ideal platforms to enhance regional cooperation without any major rivalries amongst their members, some SAARC member states such as Bangladesh, Sri Lanka and Nepal still hold on to the promise of SAARC as the older and bigger regional organisation.

The virtual conference was attended by all SAARC heads of states, except for Pakistan which was represented by the Special Assistant to the Prime Minister on Health. The event was thus touted as the sign of a resurrected SAARC.

While the dormant SAARC could barely address its structural challenges, the grouping has performed surprisingly well in swift implementation of collective measures to tackle the pandemic. In fact, relatively successful and better equipped regional groupings such as the European Union and ASEAN have had muted response and is yet to deliver action on collectively tackling the COVID-19 pandemic.

At the video-conference, PM Modi announced the creation of a COVID-19 Emergency Fund and pledged US$10 million; subsequently all SAARC member states voluntarily pitched in. India also proposed a shared electronic platform for all SAARC nations to help in training of emergency personnel, disease surveillance and joint research.

Furthermore, existing mechanisms like the SAARC Disaster Management Centre (SDMC) and the SAARC Development Fund (SDF) has been activated for coordinated response. The SDMC has set up a COVID-19 website with daily updates of confirmed cases throughout South Asia and actions that each country is taking. Meanwhile, the SDF has allocated $5 million to soften the blow of financial losses and severe socio-economic impact from the pandemic.

Leadership and political will is critical for substantial joint response and SAARC leaders proposed collective ways to combat COVID-19. Afghanistan suggested that SAARC adopt a shared telemedicine framework to provide health care to the remotest parts of the region. Maldives called for closer cooperation between countries’ respective health emergency agencies and a long-term economic recovery plan for the region.

Sri Lanka and Bangladesh emphasised the need for the deliberations to continue at the ministerial level as well as among health experts. Pakistan offered to hold a SAARC health ministers’ video-conference and proposed establishing a working group of national authorities to exchange health information, data and coordination in real time.

While SAARC countries coming together for issue-based cooperation is significant to reigniting the regional bloc, it might be premature to herald the emergence of a SAARC 2.0. For starters, the inherent issue of Indo-Pak rivalry still simmers below the surface. The virtual summit did not see Pakistan’s participation at the leaders-level and the country utilised the SAARC COVID-19 forum to raise the Kashmir issue.

New Delhi and Islamabad also disagreed on how the emergency funds are to be managed. Pakistan pushed for the funds to be administered by the SAARC secretariat. India responded by saying that it was for each SAARC member state to decide on the timing, manner and implementation of their contributions. Pakistan then skipped a video conference of senior SAARC trade officials since the SAARC secretariat was not involved in organising it.

These proceedings do not bode well for a possible resurrection of SAARC. The SAARC Charter requires unanimity in the decision-making process and unless the nature of the relationship between the South Asian neighbours changes, the best SAARC can expect is interim issue-based cooperation.

If indeed SAARC makes a comeback as the regional grouping of choice in South Asia, it does not necessarily mean that the recently invigorated BIMSTEC will return to the back-burner.

While inherent problems within SAARC remain, BIMSTEC has much higher coherence among member states. SAARC includes Pakistan and Afghanistan without which it is hard to imagine a South Asian neighbourhood. BIMSTEC not only caters to the wider concept of the ‘Indo-Pacific’, it also includes two ASEAN member states (Myanmar and Thailand) in its ranks, which broadens the scope of regional cooperation.

Moreover, where SAARC has fallen behind providing regional connectivity, BIMSTEC strives to fill in – the BIMSTEC Connectivity Master Plan is a $50 billion project which would have 167 connectivity-related components linking India up to the east coast of Vietnam through extension of the Trilateral Highway involving India, Myanmar and Thailand.

As Beijing extensively engages South and Southeast Asian countries through its Belt and Road Initiative (BRI), both in land and maritime domains, the strategic geography and regional architecture have been rapidly evolving. A multi-pronged approach to advancing South Asian regionalism could be the way forward with SAARC as well as sub-regional groupings such as BIMSTEC playing their respective roles rather than being portrayed as competing entities.

*Nazia Hussain is a Senior Analyst with the Centre for Multilateralism Studies (CMS) at the S. Rajaratnam School of International Studies (RSIS), Nanyang Technological University (NTU), Singapore. This is part of a series.