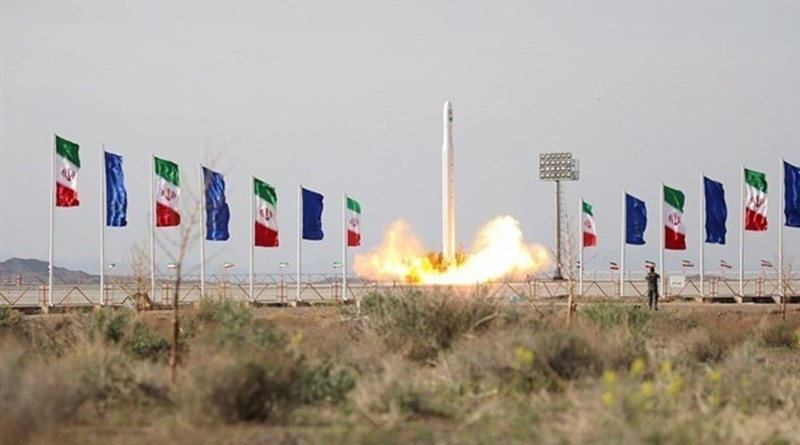 Commander of the Islamic Revolution Guards Corps Aerospace Force said several earth stations across Iran have received signals from the homegrown ‘Noor’ satellite that was launched into space on Wednesday, unveiling plans for the launch of another satellite into a higher orbit.

Speaking at a televised interview on Thursday, Brigadier General Amir Ali Hajizadeh said the Noor satellite has been placed into its orbit and is circling the Earth once every 90 minutes.

The land stations in Tehran, Zahedan and Chabahar have received signals from the satellite, the commander noted, saying the initial configurations will be over within the next few days and the Iranian satellite will become fully operational.

Providing a description of the multiple-stage satellite carrier that sent Noor into space, the general said the engine of the satellite carrier for the first stage has been developed by the Defense Ministry, used liquid fuel and is the same engine in the ground-to-ground missiles.

Hajizadeh said the IRGC is going to employ solid fuel in the next launches, saying such fuel will decrease the size of the satellite carrier.

The commander finally noted that the IRGC is trying to launch the next satellite into space in a not-too-distant future, saying it will be placed into a higher orbit and have greater efficiency.

The IRGC successfully put Noor (light) into orbit on Wednesday morning. The homegrown satellite was launched with a three-stage satellite carrier, dubbed Qassed (messenger), from a launch pad in Dasht-e Kavir, a large desert in central Iran.