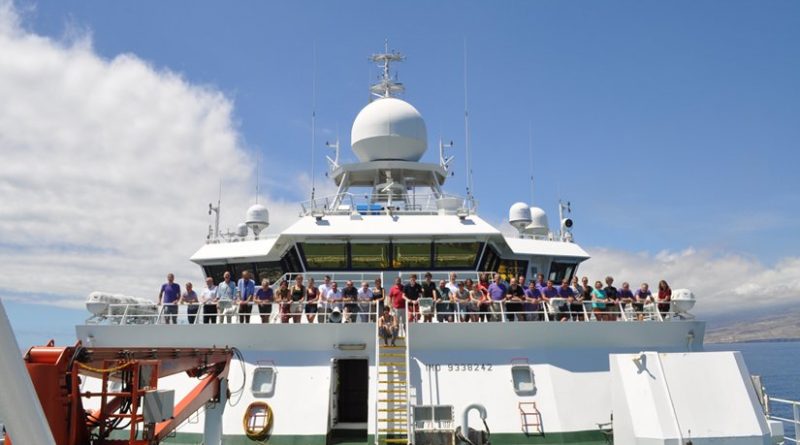 Studying the processes of transport and deposition of dust from the Sahara desert and African fires to determine its importance in regulating the planet’s climate and marine ecosystems. This is the main objective of the scientific expedition JC134 of the Royal Research Ship James Cook, organised by the NIOZ Royal Netherlands Institute for Sea Research and in which ICREA researcher Antoni Rosell, from ICTA – Universitat Autònoma de Barcelona (UAB), participated. This is the last transatlantic cruise conducted under the framework of the Dust Traffic project led by Jan Berend Stuut and funded by the European Research Council (ERC).

The project aims to quantify transatlantic dust and soot flows from Africa and their influence on climate change processes such as ocean fertilization and change in the energetic balance of the atmosphere.

To do so, researchers gathered samples of desert dust found along the ocean from close to Venezuela in the Caribbean to Cape Verde and the Canary Islands. This was a good moment in the year to conduct the research given that the winds are blowing from the African continent towards South America, the Sahara is the dustiest desert in the planet and Central Africa is where the majority of fires originate.

For four weeks, the scientific expedition gathered samples of mineral desert dust and soot suspended in the air above the Atlantic Ocean heading towards South America by using dust collectors and buoys.

“We want to analyze the process of transport and redistribution of these materials all over the planet and particularly from the African continent to the ocean and even to other continents,” explained lecturer and ICTA-UAB researcher Antoni Rosell, who highlighted the importance of dust in the regulation of the planet’s climate. Atmospheric dust contributes to the cooling of the planet by acting as a screen when suspended in air, therefore reflecting solar light back into space. Rosell added that “when deposited in oceans, the nutrients it carries allows fertilizing the ocean and contributes to a greater productivity of algae, which absorb the CO2 found in the atmosphere”.

Scientists consider it necessary to perform in-depth studies of the functions of this mineral dust and the effects of it traveling around the planet. “We need to learn about the composition of the particles, how they are transported and the effects it can have on the areas in which it is deposited,” Rosell said.

The scientists analyse the size of the particles, the composition of each one and the degree of mobility according to their composition. They will also study how the dust from Central African fires is transported and analyze its organic composition.

The final objective is to understand current processes in order to reconstruct past climate changes and thus be able to predict future processes and tendencies.