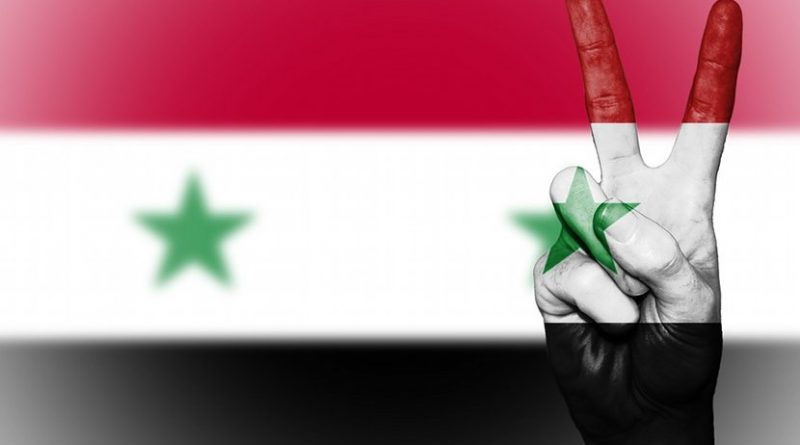 We live in a multi-polar world of persistent engagement, with rising nationalism, authoritarianism and bilateralism and diminishing trends of globalisation, leading to increasing intervention and multiple ‘Great Games’. Every nation is forced to carry out dynamic strategic balancing by shifting alliances to cope, maintain and retain their sovereignty, independence and strategic space.

Nowhere is this more evident than the shifting sands of the Middle East, where a humanitarian tragedy of gargantuan proportions has unfolded in Syria. With the arrival of the pandemic COVID 19, this suffering has further exacerbated, but the World sleeps on. India can and must act as the conscience keeper.

Democratic rule ended with a takeover in March 1949 and from 1958 to 1961, a brief union with Egypt replaced Syria’s parliamentary system with a centralized presidential government. The secular Ba’ath Syrian Regional Branch government came to power through a successful takeover in 1963. In March 1971, Hafez al-Assad, an Alawite, declared himself President, a position that he held until his death in 2000.  His son Bashar al-Assad took over as President and he runs a dictatorial regime to date.

The Syrian Civil War which officially started on March 15, 2011 is an ongoing multi-sided armed conflict fought by several factions: the Syrian government and its allies, against a loose alliance of Sunni Arab rebel groups (including the Free Syrian Army), the Kurdish Syrian Democratic Forces (SDF), Salafi jihadist groups (including al-Nusra Front) and the Islamic State of Iraq and the Levant (ISIL). Outside intervention adds to the complexity.

The unrest in Syria, forms part of a wider wave of 2011 Arab Spring protests, and grew out of discontent with the Assad government and escalated to an armed conflict after protests calling for his removal were violently suppressed. Syria was ranked last on the Global Peace Index from 2016 to 2018, making it the most violent country in the world due to the civil war.

The Current Security and Humanitarian Crisis**

Based on numerous official (including the last UNSC May 2020 Monthly Forecast) and journalistic reports; since the war began in 2011 at least 586100 people have been killed, nearly 13 million people have been displaced (the largest number displaced by any conflict in the world) including 6.7 million Syrian refugees.

An estimated 12 million Syrians need humanitarian assistance. In Northern Syria where severe fighting continues, during the two months of Dec 19-Jan 2020 alone, over one million people have been displaced, and living in squalid refugee camps.

Turkey has officially announced a direct confrontation with Syria with its attendant power games. Russian President Vladimir Putin and Turkish President Recep Tayyip Erdoğan met in Moscow on March 5, 2020, agreeing to a cessation of all military actions effective March 6, 2020. The cease fire is holding very precariously with frequent breakdowns, and most security experts predict a grim future.

On May 8, 2020, the UNHRC Chief stated “As civilian casualties mount across Syria and human rights violations continue unabated, some parties to the conflict, including ISIL terrorist fighters, may be using the COVID-19 pandemic as “an opportunity to regroup and inflict violence on the population”.

Concurrently, the risk of the COVID-19 pandemic having a devastating impact on war-torn Syria is intensifying, due to a combination of the violence and living conditions that make people particularly vulnerable to the deadly virus.

Overview of the Middle East Security Situation and Syrian Conundrum

Just a glance at the political map of the Middle East provides a flavor of the complex strategic and geo-political environment. It obviously has a direct bearing on events in Syria.

A unique phenomenon of Middle East is that paradoxically it is one of the most integrated intertwined regions and also the most polarized. The politico-socio-economic (oil and gas reserves) and security environment dictates that except for purely localized events all events become regionalized (and internationalized by big powers intervention), due to conflicting interests and alliances.

To this, add weak state structures, powerful nonstate actors (including terrorist organizations like Hezbollah, Islamic State, Al Qaeda, multiple ethnic alliances), multiple transitions and religion (Sunni vs Shia, Sunni vs Sunni (different sects and practices); making it a highly combustible mixture. These elements do not get resolved easily but form layers of acrimony and discontent, with some issues temporarily taking precedence.

Yemen is a typical example; intrinsically a conflict between a weak central Government and Houthis (an obscure rebel group) has become a focal point for the Iranian-Saudi rivalry, a cold war arena with other regional players jumping in whenever it suits them.

Syria is similar, but the situation is even more convoluted. The major parties supporting the Syrian Government are Iran, Russia and the Lebanese Hezbollah, while Syrian rebel groups receive political, logistic and military support from the United States, Turkey, Saudi Arabia, Qatar, Britain, France, Israel (which routinely targets Iranian and Hezbollah troops and infrastructure in Syria, fanning the existing turbulence) and Netherlands.

The complexity of the conflict situation in Syria can be gauged by the fact that at one stage, the USA was supporting two groups bitterly opposed to one another; Syrian opposition and Sunni groups and the Syrian Democratic Force (SDF – comprising mainly of elements of Kurdish People’s Protection Group (YPG) from both Turkey and Northern Syria; which Turkey has proclaimed as a terrorist organization putting USA and Turkey at cross purposes).

Ironically, USA backed rebel groups fighting both the Assad regime and ISIS, but claims not to be pursuing a regime change (despite supporting forces that wanted exactly that), not to be seeking a regional rebalance (despite the clear impact Assad’s downfall would have on Iran’s influence), not to be boosting Turkey’s foes (despite supporting a Kurdish movement affiliated with Turkey’s mortal enemy), and not to be seeking to weaken Russia (despite Moscow’s affinity for Assad).

How do you support a group but not their objectives? It would be termed a comic situation, if it was not so tragic for the innocent people of Syria caught in the crossfire of the conflict and now the added dimension of COVID 19.

Relations between India and Syria goes back to ancient civilizational ties. Events leading to partition, necessity to enjoy good relations with Muslim specially Arab countries, Syria’s consistent stand to support our views on Kashmir (only West Asian nation to consistently support), stability in the region which impacts our developmental and economic prospects and concerns of spread of terrorism and Islamic jihad, compelled India to support Syria’s legitimate right to the Golan Heights and opposition to foreign intervention as an important step to resolve the conflict (this stance given Assad’s rule has drawn much flak and ire from international community).

With limited trade to the tune of $ 200 mn totally skewed in favor of India (90%), and geographical realities, there is very little influence India has on the ground.

India’s oil and energy interests in Kurdish Autonomous Region and Syria need to be factored in, and it is in India’s interest to have a stable region. Specifically regarding the conflict, India has stayed neutral except to condemn violation of human rights.

With increasing clout and status in the international arena, India can play a balancing/conflict resolution role specially given its soft power and equations with all the international and regional players involved. India must take it upon itself to bring focus and thus definitive diplomatic and humanitarian surge action to alleviate the human tragedy in Syria (this will enhance India’s status and geo-strategic role). With the enhanced role of India in WHO, it will be very interesting to watch how events unfold and India’s response.

The situation in Northern Syria specially along the Turkish border remains precarious with more than a million civilians pincered. The Russia-Turkey agreement is being challenged on a daily basis both by Syrian Government forces and Turkish troops.

The resolution of the conflict leading to long-term stability and peace is totally contingent on the ‘Outside Players enumerated (specially global powers USA, Russia and China) stopping their interference. A negotiated settlement between the government of Syrian President Bashar al Assad and Syrian opposition forces in accordance with U.N. Security Council Resolution 2254 (which calls for the drafting of a new constitution and U.N.-supervised elections) appears impractical for now.

As long as it’s a playground for power-play regionally and internationally, the conflict will simmer on in varying tempos, with tragic and humanitarian consequences for the people. Unfortunately, it is a very low-cost option for the players because they don’t invest with their own troops but with negligible eco, military and political support to the warring factions.

That is the tragedy of a dynamic multi-polar, multi-domain ‘real politik’ world we live in. The harsh and bitter truth is that with COVID 19 further putting Syria in the backburner, and diminishing political and economic power of international institutions like UN (including sparring Security Council members), WHO, UNHCR, there is little hope of alleviation for the people of Syria in the near future.

**Numerous papers, articles and material available online to include ‘The Unwanted Wars; Why the Middle East Is More Combustible Than Ever’ by Robert Malley, Foreign Affairs, Nov/Dec 2019; along with UNSC and other UN associated institutions like UNHRC.

*About the Author: Lt Gen PR Kumar retired from the post of Director General of Military Operations (DGMO) of the Indian Army in end 2015, responsible for all operational issues. He keeps current on international and national strategic security issues, writes for numerous Think Tanks and delivers talks in educational institutions. He can be contacted at [email protected]