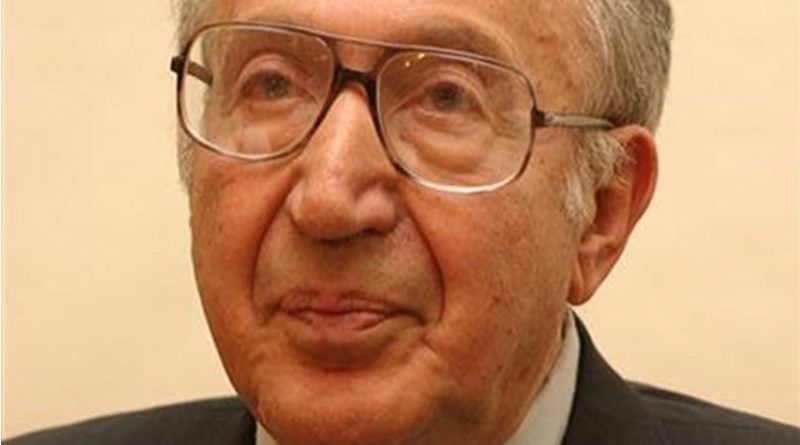 The passing of the long time Harvard Russian history professor Richard Pipes drew different responses about him. They ranged from the negative personal accounts of Francis Boyle and Gilbert Doctorow (which I’ve heard similarly from others), to the positive comments from Jacob Heilbrunn and Ira Straus.

For his part, Paul Robinson has provided a critical overview, falling somewhere between Boyle-Doctorow and Heilbrunn-Straus (though closer to Boyle-Doctorow). Upon further review, Marion Smith appears to offer perhaps the best upbeat recollection of Pipes, in terms of providing substantive details.

Another accounting is given by Kevin Murphy. Murphy’s lengthy piece has some debatable points that the Russian watching establishment typically doesn’t follow up on.

Fairly early into his article, Murphy asserts as fact that Henry Kissinger motivated the Dr. Strangelove character, in the 1964 film (called Dr. Strangelove) about a US-Soviet nuclear confrontation. As has been noted elsewhere, that claim is highly doubtful, given the other motivating personalities at the time, relative to Kissinger’s not so well known stature then – years before his high level Nixon administration appointment.

Concerning Cold War themed movies, Pipes somewhat resembled the hawkish anti-Russian/anti-Communist academic, portrayed by Walter Malthau in another 1964 film Fail Safe, which was also about a US-Soviet nuclear confrontation. There doesn’t appear to be any claim saying that Malthau’s role in that movie was motivated by Pipes. This is in line with the reality that Pipes was by no means alone in his disdain for Russia and the USSR.

Overall, Pipes can be categorized as anti-Russian/anti-Communist, as opposed to pro-Russian/anti-Communist, as well as other categories that include having a politically left of center anti-Russian bias, which sees an inherently negative Russian trait corrupting socialism. (For some, that’s apparently not bigoted, unlike other types of negative collective stereotyping against a particular national and/or religious group.)

Notwithstanding, Pipes’ self-described contrarian side, put him at odds with some hardcore anti-Russian elements; in addition to being generally opposed by those on the left, who aren’t necessarily anti-Russian. With the Russian Civil War as a reference, Murphy’s piece characterizes Pipes to be ideologically misguided. This is ironic given what Murphy does and doesn’t say.

Regarding Murphy’s suggestion to the contrary, Pipes wasn’t incorrect in his assertion that the image of a foreign intervention on the side of the Russian Civil War era Whites is something that has been quite bloated from what had actually happened. The Germans did more for the Reds than just transport Lenin from Zurich to Petrograd. There was also the concerted soft power anti-White/pro-Red activism in the West, as well as some other matters like:

– Polish leader Josef Pilsudski’s then secret agreement with the Reds to not have Poland enter into a White-Polish alliance, at a time when the Whites were in a good strategic offensive position.

– British Prime Minister David Lloyd George’s relative successful lobbying of non-support for the Whites, as well as Britain refusing to give refuge to Czar Nicholas II and his family.

Until the end of WW I, the foreign intervention in the former Russian Empire had a good deal to do with competing powers keeping each other in check. Thereafter, was the matter of protecting foreign nationals and business interests in the turbulent Russian Civil War situation.

In his essay, Murphy suggestively chides Pipes for being soft on the violent anti-Jewish action among the Whites. As has been true in some other instances, several facets are downplayed on this score.

Towards the end of the Russian Civil War, the more knowledgeable and objective of observers on the subject of Russian Civil War era Jewry, note that the White leadership under Peter Wrangel, had maintained a better discipline of its forces, which led to a noticeable decline in looting and violence in White held territory. A hypothetical White victory wasn’t destined for a Nazi or Nazi light scenario. In exile, it appears that most Whites didn’t embrace a Nazi like attitude. This was true of the two key White commanders Wrangel and Anton Denikin.

The pogroms against the Jews in Russian Civil War era Ukraine happened before the Whites established a primary base there. These pogroms included involvement from the forces loyal to Ukrainian nationalist leader Symon Petliura, as well as some locals.

Much of the contemporary mainstream academic commentary on the Whites brings to mind an interview which Pipes gave after the Soviet breakup. In that instance, I recall him saying that US based Russian studies programs at one time were more influenced by Russian émigrés – a reference to the likes of Michael Karpovich and George Vernadsky. I sense that Pipes is correct in that assessment, indicating a decline of that Russian view, which had a White geared anti-Communist/pro-Russian take. Simultaneously, a more Ukrainian nationalist and anti-Russian leaning perspective, seems to have gained a greater influence in US academic circles – thereby explaining a comparatively increased sympathy and understanding for Petliura and his forces over the Whites.

Along with Pipes, the popular in Russia Vladimir Putin hasn’t been antagonistic towards the Whites, when compared to Murphy and some others. On post-Soviet Russian issues, Pipes leaned in a neocon direction, which put him at odds with Putin and mainstream thinking Russians. Despite their differences, Pipes and Putin seem to have at least one thing in common – to not readily accept the broad image of evil Whites against more virtuous Reds.