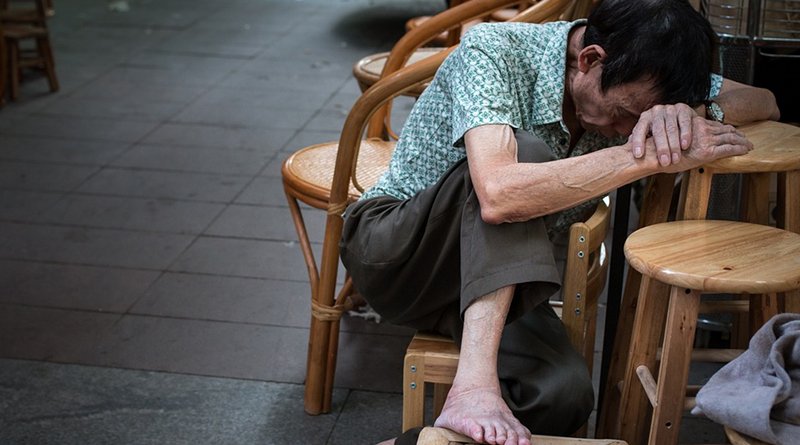 Chronic diseases, such as stroke, ischemic heart disease, and lung cancer, now represent the leading causes of premature death in China, according to a new scientific study.

“Like many countries, China has reached a tipping point over the past three decades,” said Dr. Maigeng Zhou, a lead author on the study and Deputy Director, National Center for Chronic Non-Communicable Disease Control and Prevention at the Chinese Center for Disease Control and Prevention. “Going forward, the burden of chronic health problems, especially among the elderly, will far exceed infectious diseases.”

A part of the Global Burden of Disease (GBD), the study spans 1990 to 2017, filling a major gap in understanding health problems at the local level. The analysis, published today in the international medical journal The Lancet, provides comparable estimates of mortality, disability, and associated risk factors for 34 provinces by age and sex. The GBD produces estimates for 359 diseases and injuries and 84 risk factors.

Zhou and co-authors found stroke and ischemic heart disease replaced lower respiratory infections and neonatal disorders as the leading causes of disease burden between 1990 and 2017.

Compared to countries with similar levels of development, such as Russia, China has unusually high levels of stroke, COPD, lung cancer, liver cancer, neck pain, and stomach cancer. All provinces had higher-than-expected cases of liver cancer, with rates of disability-adjusted life years (DALYs) between two and seven times higher than would be expected based on their level of development.

The analysis demonstrates considerable variation in health problems at the provincial level, confirming that one’s health depends on where one lives. People in urban, coastal, and wealthier provinces in eastern China generally are healthier than those in rural and poorer areas in the west.

“We are committed to achieving the goals of the Healthy China 2030 Plan,” said Dr. Xiaofeng Liang, Deputy Director at the Chinese Center for Disease Control and Prevention, referring to an initiative announced in 2016 to improve health, control risk factors, and improve and enlarge the nation’s health care system. “These detailed provincial findings will help us tailor evidence-based policies to the health needs of local communities.”

Liver cancer ranked among the top five causes of DALYs in seven provinces, but in 11 provinces it did not rank in the top 10. The rank order for road injuries ranged from third to 20th leading cause of DALYs across all provinces; whereas hypertensive heart disease saw variation in rank order from seventh to 56th leading cause.

Nationally, smoking is the top risk factor in 21 provinces, and is ranked the second- or third-leading risk in all remaining provinces. Exposure to some risk factors is rising, particularly high blood sugar, high blood pressure, high body mass index (BMI), and, in many provinces, outdoor air pollution.