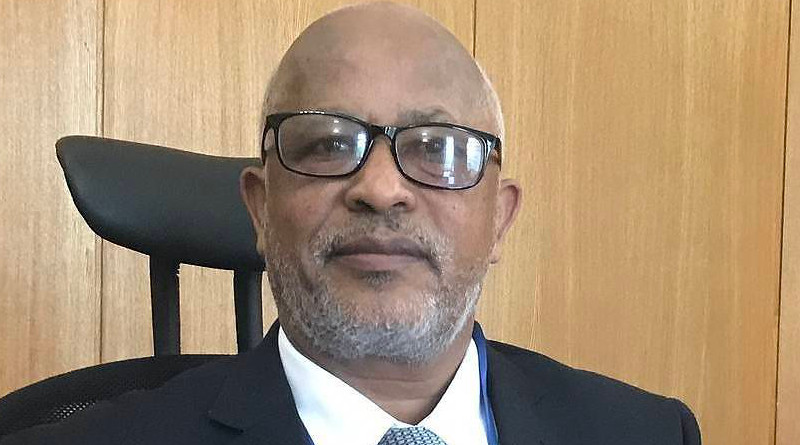 Ethiopia, by all standards, is a reputable country in East Africa. It gains popularly from different angles. In terms of politics, Ethiopia has been touted as a country with an excellent model of democracy in Africa. For his efforts in ending the 20-year-long war between Ethiopia and Eritrea, President Abiy Ahmed was awarded with the Nobel prize for peace in 2019.

More crucially, research studies and several reports have documented additional worth of Ethiopia. It bears the flag of Africa, as its capital Addis Ababa represents the center for most of the regional and foreign organizations down the years.

The African Union [AU] is headquartered in Addis Ababa. The primary task of this super continental organization is mobilizing and coordinating available natural and human resources for solving existing and emerging multifaceted problems inside Africa. Some experts argue that the AU has within its mandate and further within the slogan “African problems, African solutions” to showcase the continent’s practical ultimate independence.

Indeed, the COVID-19 pandemic has revealed social and economic conditions in many African countries, and disparity between the West, Europe and Asia, all on one side and on the other Africa. In fact, the time also present challenges and opportunities. For many Africa countries and for the African Union, it is an opportunity for harnessing external assistance, not exhausting the opportunities at home. Definitely, it is a bitter joke, but it reflects the reality.

More than half a century since it was declared politically independent from “colonialism” or whatever, Africa has been presented as a region engulfed with abject poverty, even in the past has benefited grossly from development aid and received substantial assistance from various external sources.

Ethiopia, and many African countries, has to rethink carefully about “humanitarian aid” in its bilateral relations [ its contemporary diplomacy] with foreign countries. Instead, it should focus more on how diplomacy could support sustainable development efforts, such areas as health, agriculture, industry and other employment generation sectors.

“The world is in a new and dangerous phase,” Director-General Tedros Adhanom Ghebreyesus told a virtual briefing recently from the World Health Organization [WHO] headquarters in Geneva. “The virus is still spreading fast, it is still deadly, and most people are still susceptible.” Tedros Ghebreyesus, who comes from Ethiopia in East Africa, has urged countries to maintain extreme vigilance, mobilize and direct resources toward the fight against the global pandemic.

In mid-June, Ethiopian Ambassador to the Russian Federation, Alemayehu Tegenu Aargau said in his interview with a local Russian news agency that Moscow had promised to assist Addis Ababa in its fight against the pandemic, and Ethiopia expects promptly deliveries from Russia.

Tegenu Aargau further said that Ethiopia “still requires some support from friendly countries. The leaders of the two countries [Russian President Vladimir Putin and Ethiopian Prime Minister Abiy Ahmed] had a telephone conversation and one of the issues [was] cooperation to combat the pandemic. The Russian side promised to assist Ethiopia in its fight against the pandemic. I believe that we expect material equipment from Russia. We are waiting for it.”

The Ethiopian ambassador further compared Russia to other foreign countries, when he said Ethiopia had received deliveries from China and other friendly powers that enabled it to, significantly boost its testing volumes of the large population. “Test indicators, ventilators, and other support are welcome,” the diplomat noted.

By his statement, it implies exerting pressure for a promised gift. After all, the Soviets helped Africa in attaining political independence, that was during the cold war days. The Soviet Union, and now Russia has consistently helped many African countries thereafter. Thus, pressurizing for food assistance and COVID packages seemed “undiplomatic and odd” and worse, reminding through the media. Significantly, Ethiopia, among a number of African countries, has had a lot from Russia. It still looks for enormous harvest of external humanitarian aid.

It was a fact that, in separate early April discussions with South African and Ethiopian leaders, President Vladimir Putin pledged Russia’s support in collaborating with Africa fight coronavirus that is currently spreading among the population across the continent. The phone discussions was not limited to “give and take” humanitarian aid, but rather outlining comprehensive innovative efforts at sustaining the hard-won development and economic gains. Beyond that, looking at possible collective plans to prevent such large scale of the pandemic in future.

Data released by the Africa Centers for Disease Control and Prevention [Africa CDC] on June 20, showed the top-five highest recorded coronavirus cases, generally, on the continent. In total, Africa has reported 286,141 confirmed cases of COVID-19 as at June 20. Still far below the figures obtained in the United States, Brazil and Russia, and many countries in Europe.

According to the Africa CDC figures, South Africa, in the first position, has recorded 83,890 cases, followed by Egypt and Nigeria with 50,437 and 18,480 cases respectively. Ghana with 12,929 cases, took the fourth position. Ethiopia, so far, has 3,954 infections among a population of about 115 million.

After all, Russia has already pledged to increase its corporate investment portfolio, and to strengthen existing economic cooperation that includes military technical agreements under a renewed strategic plan in Ethiopia. Russia has also written-off debts owed by Ethiopia. This debt relief allows Ethiopia, [among other African countries] to recover from the economic shock of the pandemic.

On June 11, during the media briefing by Foreign Ministry Spokesperson, Maria Zakharova, revealed that Russia had received official requests from 29 African states and the African Union [AU] to assist in countering the spread of the COVID-19 coronavirus.

She further explained that, this year, Russia has made an additional annual contribution of $10 million to the UN World Food Program [to be distributed equally between Burundi, Djibouti, Somalia, Sierra Leone and the Central African Republic]. Russia has allocated $10 million to the Food and Agriculture Organization [FAO] fund for fighting a massive locust onslaught in East Africa [to be distributed between Kenya, Uganda and Ethiopia – $3 million each and South Sudan – $1 million].

According to analytical reports and reviews, the pandemic could trigger a lot more socio-economic problems, fuel violence and domestic conflict, while the economies of many African states may sustain heavy damage. It certainly poses new challenges, on one hand.

On the other hand, African leaders and official representatives have to leave behind their “begging bowls” at home, talk and negotiate more on investment cooperation. Humanitarian aid is only a short-term solution, even that said, Africa could look at its domestic resource mobilization as exemplified by many foreign countries in the West and in Europe.

It is worth recognizing the fact that Ethiopia holds the flag of Africa. It is time to deal with long-term solutions rather than look for shortcuts for coronavirus pandemic. After all, Ethiopia has only a small fraction of infected numbers among its population, as compared to Russia that is dealing with more than half a million of coronavirus cases during the months of May and June.

Indeed, Russia declares it fight by mobilizing its own resources. It has a structured plan, and that includes President Vladimir Putin weekly meetings with regional governors and related ministry officials. Under these time-testing conditions, Russia takes the initiative with little external assistance, put in place a long-term roadmap for future.

Ethiopia should rather lead the African diplomatic community in Moscow into evolving elaborate discussions on cooperating on Russia’s vaccine, its health initiatives and learning lessons from how Russia is currently handling its pandemic. The priority now, most probably, has to be directed on Russia-African cooperation in health sector in this era of COVID-19. Russia is at the forefront of producing a vaccine for the virus, this scientific success must, at least and necessarily, awaken heads of Ethiopia and Africa.

Arguably, in a widely circulated letter, various co-signatories in April, including 100 leading academics and writers, have called on African leaders to govern with compassion and see the current global health crisis as a chance for a radical change of direction in the continent. For it is in the most trying moments that new/innovative orientations must be explored and lasting solutions adopted.

Nevertheless, Africa has to make a complete departure from endless request for humanitarian aid. More than ever, it is important for leaders to ponder the necessity to adopt a concerted approach to the economic sectors related to public health system, strengthen fundamental research in all health disciplines and close the pitfalls in its public policy.

The time has come to make progressive changes. Despite the boast of abundant natural resources, Africa remains the world’s poorest and least-developed continent, the result of a variety of causes that may include corrupt governments and policies fraught with dubious methods. Africa is the world’s second largest and second-most populous continent after Asia. With an estimated 1.3 billion people as of 2019, accounts for about 16% of the world’s population.