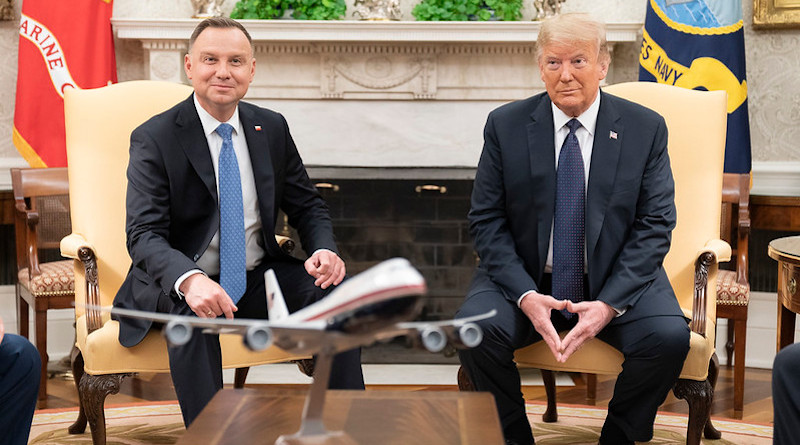 Polish voters will decide in four days whether the right-wing president will serve a second term in office.

Duda, a close ally of Trump, reportedly hopes that Trump will announce more U.S. military assistance for Poland, which has expressed a need for more military support since Russia’s 2014 annexation of nearby Crimea.

The hastily arranged meeting comes after Trump’s sudden announcement earlier this month to cut U.S. troops in Germany from 34,500 to 25,000, triggering speculation that Trump could decide to reassign some of them to Poland.

A senior U.S. official said it would be premature to discuss troop deployment in Europe.

Michal Baranowski, the director of the German Marshall Fund, a Washington-based non-partisan public policy think tank, said Duda hopes his meeting with Trump will increase his prospects of reelection.

“President Duda will have an opportunity to look very presidential and that’s, I think a big part of this,” he said.

Baranowski added that the meeting, Trump’s first with a foreign leader since the coronavirus pandemic was declared in March, could also bolster support for Trump in Polish American communities in swing states before the U.S. presidential election in November.

While Duda is currently the frontrunner in the Polish election, Rafal Trzaskowski, a centrist opposition candidate, has been catching up in the polls.

Commentator Boguslaw Chrabota wrote in the Rzeczpospolita daily newspaper that Duda was “desperately looking for a triumphant ending” to his campaign.

But Chrabota also said the meeting with Trump carried “considerable risk” if he promises to use large amounts of taxpayers’ money to pay for U.S. military hardware.

Poland has agreed in recent years to buy fighter jets, rocket launchers and missiles from the U.S. and has closely aligned itself with Trump.