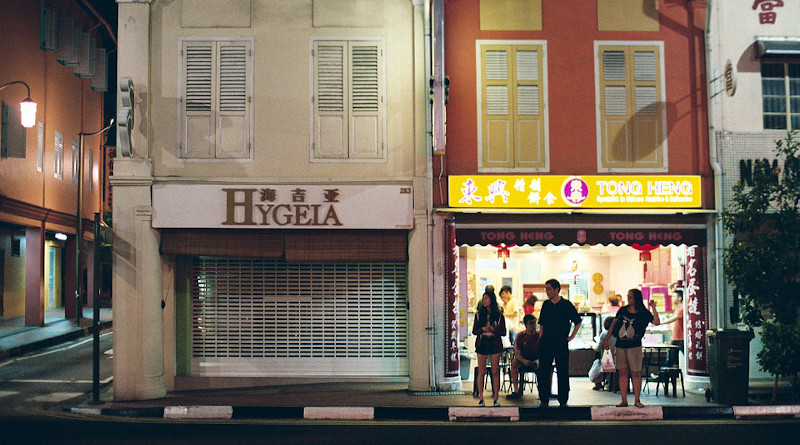 In a sudden development that surprised many, in a televised address to the nation Singapore’s Prime Minister Lee Hsien Loong announced on June 23 advising President Halimah Yacob to dissolve the Parliament and issue the Writ of Election. Accordingly, the Election Department fixed the nomination date for June 30 and polling day for 10 July. With this announcement, the elections shall “clear the decks” for a fresh mandate for the government.

What prompted Lee to take this decision when the country is grappling with the pandemic? As Lee himself admitted, the road to recovery after Covid-19 will be Singapore’s greatest test. Lee thought that since things are relatively stable now, a fresh five-year mandate for the government shall help the new government to focus on the national agenda of recovery and carry out the difficult decisions. The reasoning behind the decision to hold elections now was because of the fact that there is no assurance that the pandemic will be over before the current government’s term ends in April 2021. The alternative was to wait out the Covid-19 pandemic, for which no one can fix an expiry date. Lee, therefore, preferred a new government with fresh mandate that can have a five-year span to work for the country’s recovery program. It was also reasoned that during the pandemic, other countries such as Taiwan, South Korea and some European countries successfully conducted elections when the situation was stable. This encouraged Lee to adopt a similar course.

Elections this time around would not be normal like previous ones. Two issues were factored in: voters’ safety and effective campaign by the political parties. The Election Department issued measures that included dedicated time-bands for seniors to vote, setting up more polling stations and having voters wear gloves before entering polling booths. No physical rallies were allowed. Instead, constituency political broadcasts were aired. A cap of five people was fixed for door-to-door campaign and wearing of masks and no physical contact were to be followed.

What is the Covid-19 situation in Singapore as its outbreak has taken a heavy toll around the world? The first Covid-19 case in the country was detected in January. Most of the initial infections were imported cases, but the spike occurred soon as local transmission cases surged as the virus spread among migrant workers in dormitories. As of 23 June, the day Lee made the announcement, Singapore had reported 42,432 Covid-19 cases with 26 fatalities. The number of cases and fatalities were substantially low because Lee had imposed a “circuit breaker” period for two months to stem the transmission of the virus. The government also passed four Budgets, drawing upon its reserves and injecting nearly S$100 billion into the economy, thereby ensuring a stable position for the country. Like other countries, Singapore is also “under no illusions” that it has defeated Covid-19. Until a vaccine is available, the people in the world have to live with the “new normal” wherein the lifestyles in all dimensions have already undergone fundamental changes. This is because many countries such as China, Taiwan and South Korea that successfully brought their cases down, experience a second wave after opening up again.

In the modern world that is economically interconnected, no country can live in isolation and Singapore is no exception and therefore external uncertainties such as US-China tensions, the US presidential elections, border clashes between China and India, and political developments in Southeast Asia, uneasy peace in its neighbourhood over South China Sea have bearing on Singapore’s external relations. Singapore therefore would have to cope with possible security challenges and protect its national interests. The decision to hold elections at this time was contingent upon the need to respond decisively to the Covid-19 pandemic impinging on Singapore’s economic situation and also to external developments. Therefore a stable government at the helm with a longer lifeline was felt necessary to cope with such tumultuous times. Though normality shall be maintained till the new government is in place, the task in the interim is no less important.

There have been some structural changes in the composition of the Parliament. There shall be five new constituencies this time, while three have been removed as electoral boundaries have been redefined in March 2020. The new Parliament will have 93 seats, four more than the current 89 in the House. The increase is because the number of voters in the Register of Electors grew by more than 134,000.

The election provides an opportunity for the electorate to pass judgement on the ruling People’s Action Party’s (PAP) next generation of leaders, called 4G leadership team. As a result of economic fallout from the pandemic or pandemic economics, unemployment has risen. Therefore, jobs and perennial bread-and-butter issues will be key considerations. The Lee government spent billions to subsidise workers’ salary, create jobs and retrain workers in successive four budgets and drew unprecedented amounts from national reserves. The Opposition however shall offer its own perspectives for the voters to consider.

The electorate shall also get an opportunity to assess Lee government’s handling of the Covid-19 and likely to compare with Taiwan’s Tsai Ing-Wen, New Zealand’s Jacinda Arden and South Korea’s Moon Jae-in whose performance in handling the crisis received world praise. In fact, when South Korea held the election in the middle of the crisis in April 2020, Moon’s Democratic Party scored a landslide victory. The fact that despite Singapore’s comparatively high number of Covid-19 cases, the country has avoided the high death tolls and scenes of overwhelmed hospitals replayed in many countries around the world could go in Lee’s favour.

The voters are likely to keep in mind the tremendous amount of efforts made by the government to mitigate the unprecedented crisis, they might see gaps in the decision-making process and measures the government took. It is unclear if the Opposition can exploit the gaps in the government to its advantage. But given the gigantic proportion of the pandemic, no party at the helm could have satisfied all the people by the measures it took as appropriate in the given situation.

From all available indicators, it transpires that the voters might prefer continuity and prefer to endorse a more experienced team rather than an untested opposition in this moment of national crisis. The issue of immigration and population growth that were key issues during the past two General Elections are unlikely to be key determinants as the elections has already got a Covid-19 twist.