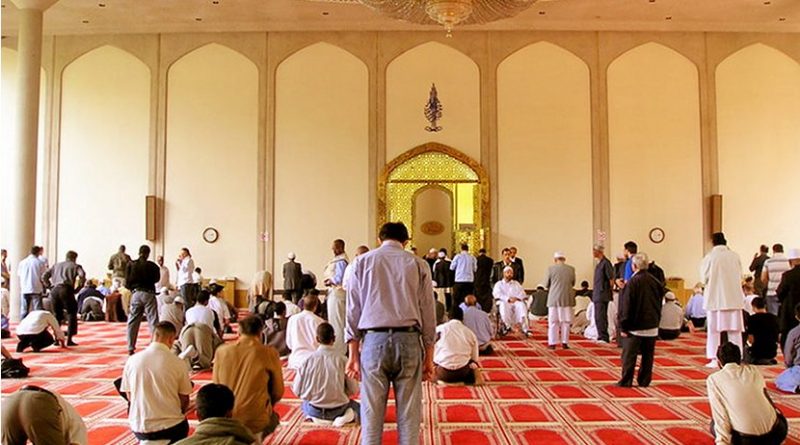 In the momentum of the recent “protracted” conflicts in the Middle East, several terms have been circulating in the western media discourse attributing to Islam, as a religion, totalitarian and radical shades. This entails that Islam necessarily deprives its believers of freedom and fundamental rights. In other words highlighting an aspect of religion, which limits the freedoms of its believers and neglecting others.

The concept of having “human rights declaration” as an “international constitution” and demanding its implementation on all societies in the world lacks resilience. It is undeniable that the human rights declaration was a product of a long historical and moral evolution that manifested after the atrocities of the Second World War. It represents a collective understanding of human development.

But what are the arguments Islamists present concerning this declaration – the human rights declaration in 1948? And why do they say no to the universality of such a declaration? The first take of Islamic scholars on this is that human rights declaration is strongly connected to the western secularisation and Westernisation processes. The second take is that the concept of universalism, through which many ideologies were passed along to other societies poses a very important question of who imposed the concept of universalism and its connotations. The term of universalism is strongly connected to the environment, from which it emerged. Therefore it defines other concepts such as among others duties and rights of humans, freedoms, justice etc. And whether they are relative or absolute.

In addition according to Islamists, this concept, the concept of human rights universalism is biased to the European thought. The concept came about as a product of the First and Second World Wars. These two wars happened on the European lands; nevertheless they were described as worldly. Moreover, the body of thought emerged from that time was affected by the events happening in Europe. These two wars had repercussions and implications on the whole world affecting economic, political and social structures, but they are definitely not international.

After the First and the Second “World” Wars, an economic system has emerged building the first blocks of an international system. Many Islamic scholars think that this system, which came about after the Second World War is not meant to be an international system but rather a western one. Some others went to describe it as a new economic and colonial system generated in a western organization of power to control the rest of the world.

According to Islamists, the concept of democracy is not meant to be a universal term either. Rather, it is a western concept for countries lie in what we know now the western hemisphere. It’s obvious that western countries actually enforce and support democracy inside their own borders but neglected it outside. As we see Islamists have been criticising concepts, which in a way or another can be productive and constructive for their own societies.

Islamic scholars also criticise what they call “The Centre”: They criticise the centrality of the centre referring to Geneva’s convention which was produced in Europe, the internationalisation of the First the Second World Wars, which happened in Europe because of European interests and concepts such as globalisation, democracy and ideologies such as liberalism, nationalism, fascism socialism etc. Therefore, as Islamic scholars see it, the centre produces concepts, ideologies and frameworks, no matter what they may be, and call them international neglecting the particularities of other societies such as, among others, history, language and culture.

Moreover, Islamic scholars continue making references of the objectives of Theodor Herzl, a founding member of political Zionism, to “establish a home for the Jewish people in EretzIsrael secured under public law,” which was adopted by the American Congress then. Contemplating means to attain the goals of Zionism, the Congress proposed inter alia “The organization and uniting of the whole of Jewry by means of appropriate institutions, both local and international, in accordance with the laws of each country.” Although Leo Motzkin, a founding member of the Democratic Faction which called for democratising the Zionist Movement in its early years, failed to include the phrase “by international law” instead of “by public law”, Israel was established in the confines of the international law. According to almost all Islamists, international law is understood as the western law imposed on third parties.

However many non-Islamic scholars responded to Islamists’ arguments that it is not acceptable to refute an international convention of human rights claiming the particularly of Islamic societies. It is no wonder that dictators across the Arab world went to claim the particularity of their societies in an attempt to keep the status quo and crash any dissent because human rights implementation necessitates a democratic form of governance and a democratic body of thought.

Looming still in conceptualisation, Islamic theorisers argue that the definition of “human” is not an abstract concept, as demonstrated in the human rights convention, but rather a realistic one. Humans are inherent to the environments and cultures. The people, who wrote down the human rights declaration, Islamic scholars argue, were influenced by their own realities and environments and this should be taken into consideration. Accordingly, the meaning of human rights is not static and it changes based on the change of variables.

Now far from Islamic scholars’ terms, we witness nowadays that the United Nations Security Council, which is considered a part of an international organisation – the United Nations, is controlled by five permanent members. These permanent members: Russia, France, United Kingdom, United States and China are the only countries in the world to enjoy veto power. Under the Charter, “the Security Council has primary responsibility for the maintenance of international peace and security.”

“The Security Council takes the lead in determining the existence of a threat to the peace or act of aggression. It calls upon the parties to a dispute to settle it by peaceful means and recommends methods of adjustment or terms of settlement. In some cases, the Security Council can resort to imposing sanctions or even authorize the use of force to maintain or restore international peace and security,” according to the Security Council website.

The five permanent members are not appointed on the head of the council because of their outstanding records of human rights but because they are the strongest countries in the world economically, militarily and politically. Resolutions of this organisation often serve the interests of the permanent members at the first place and all these resolutions are called “international”. The best way forward in fortifying the international cohesion is to take further steps toward communication, diversity and mutual understanding among different cultures. Engaging in a debate with Islamic scholars, after all, doesn’t seem to undermine the international cohesion but it adds to its diversity.

*Hakim Khatib is a political scientist and analyst works as a lecturer for politics and culture of the Middle East, intercultural communication and journalism at Fulda and Darmstadt Universities of Applied Sciences and Phillips University Marburg. Hakim is a PhD candidate in political science on political instrumentalisation of Islam in the Middle East and its implications on political development at the University of Duisburg-Essen and the editor-in-chief of the Mashreq Politics and Culture Journal (MPC Journal).