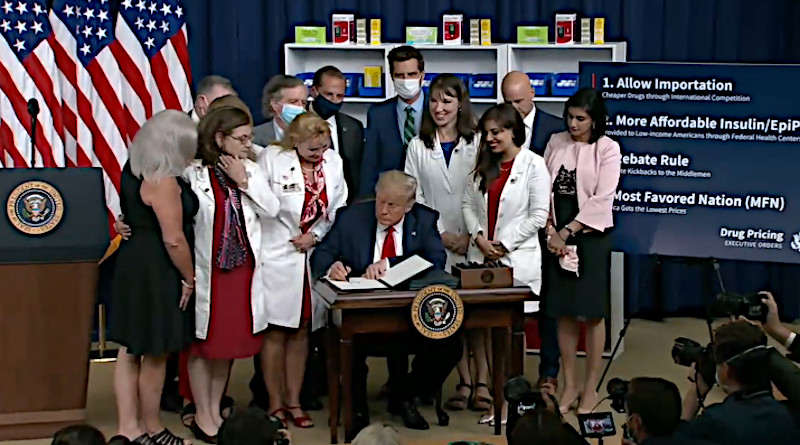 According to the White House, the first Order directs federally qualified health centers to pass along massive discounts on insulin and epinephrine received from drug companies to certain low-income Americans.

The fourth and final Order ensures that the United States pays the lowest price available in economically comparable countries for Medicare Part B drugs.

According to the White House, the United States often pays 80% more for these drugs than other developed countries.

“It’s time to reduce the price Americans pay for these costly Part B medications, and absent successful negotiations with drug company executives this Order will be implemented on August 24,” the White House said in a statement.