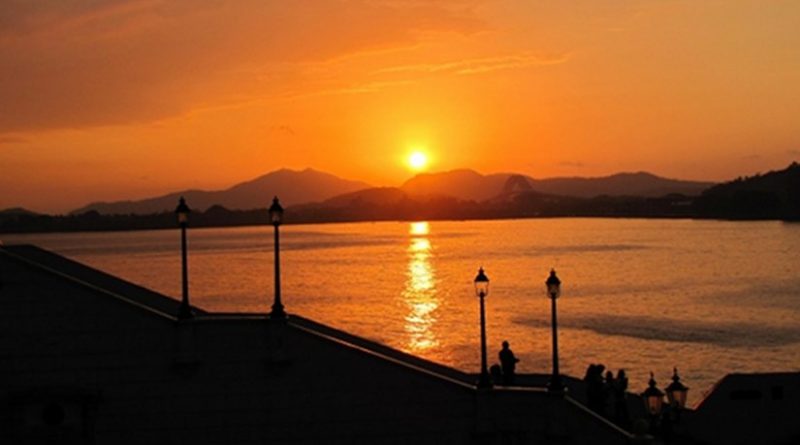 As tensions between Washington and Beijing rise at the global level, their rivalry is putting great pressure on small states. China’s growing presence in Panama has raised concerns at the highest levels of the Trump administration.

The Panama Canal built by the United states in the first decade of the 20th century linking the Atlantic and Pacific Oceans is of vital importance to the US. The country is also the hub for US military operations, with South and Central America hosting several bases. In March 2018 President Xi Jinping visited Panama, nine months after it established diplomatic relations with China and cut ties with Taiwan.

Shortly after, Chinese companies were awarded major projects for infrastructure development such as the construction of a US$4 billion high speed rail line linking the capital Panama City to the north of the country. Other projects include a $2.5 billion third line for the Panama City metro system and a $1.4 billion bridge over the canal. An agreement on direct flights between Panama City and Hong Kong was also signed.

Beijing’s gradual penetration of Panama has raised growing concerns in Washington. For nearly 90 years the US administered the so-called Canal Zone, a 16-kilometre strip of land on both sides of the canal running all its length. Panamanians had no jurisdiction over the territory, literally having their country divided in half for nearly 90 years. This was a great source of resentment and humiliation.

In 1999 the US finally returned the canal to Panama and put an end to extra-territoriality. However, the US remained the most important political and economic actor in the country, retaining several military bases.

China’s growing presence in Panama has raised alarm bells in Washington. In May 2019 influential Republican Senator Marco Rubio warned Panama of the risks of growing too close to China; while Secretary of State Mike Pompeo warned Panamanians of the dangers of China’s “predatory activities”. The Pentagon too has warned of the dangers that China may pose to the Panama Canal.

Following the May 2019 election of Laurentino Cortizo to the presidency, China’s winning spree in Panama seems to be slowing. The $2.5 billion contract for the Panama City metro third line went to a South Korean company while other projects seem to be on hold. Numerous observers speculate that this was perhaps a result of US pressure.

Decline of US Influence

While many analysts have written on the growing tensions between the US and China over Panama, there has been not much attention on the Panamanian people themselves. Most analysis treats Panamanians as passive spectators at the mercy of the great powers.

Whether the US will remain the dominant economic and political actor in Panama depends much more on the Panamanians than on the Americans or Chinese. If Panama has a history of neo-colonialism at the hands of the US, it also has a history of resistance. After all they did manage to force the US to return the canal to Panamanian control.

Panama needs massive investments to upgrade its infrastructure. If China is the only country willing to provide such assistance, Panama’s leadership will eventually turn to it. There are many examples in the developing world of local leaders who, when in the opposition, were critical of China, but upon coming to power, were not able to forgo the benefits of Chinese loans and investment.

China is now the second largest user of the Panama Canal; Beijing’s interest in the country will continue. The US is likely to remain the most important actor in Panama for the foreseeable future. However, it will no longer enjoy the overwhelming influence it had in the 20th century when it had an almost veto power over major decisions.

Need for US Change in Attitude

Panama’s leaders are conscious that relations with China give them leverage in relation to the US and forces Washington to be sensitive to Panamanian interests. While pressure may bring temporary results, in the long run the only way the US will ensure its preponderance in Panama and the region is by treating its leaders and people with more sensitivity and respect.

For decades the US dealt with Panama in a colonial manner, treating Panamanians as second class citizens in their own country. Washington held almost veto power over the country’s foreign relations and on numerous occasions toppled governments that were not to its liking.

One example was in 1989 when it invaded Panama to overthrow General Manuel Noriega whom Washington accused of drug trafficking. Ironically it was the US government that installed him a decade earlier.

This sort of neo-colonial diplomacy is outdated and will not work with the current Panamanian leadership regardless of which political party is in power. Rather than just lecturing Panama on the evils of doing business with China, the US should perhaps pay more attention on promoting the merits of doing business with Washington.

The US should be asking honest and non-patronising questions about the needs of Panama and devising ways in which the US may be able to help. China’s presence in Panama and the region at large will continue to grow and will require more creative US policies if it wants to counter China’s creeping penetration.

The Panamanian elite is overwhelmingly US-educated and American cultural influence permeates all aspects of Panamanian society. Panamanians have a love-hate relationship with their powerful Anglo-Saxon friend. The US has legitimate interests in Panama and many advantages over China. It must use them wisely.

One thought on “China And Panama: Penetrating America’s Backyard – OpEd”