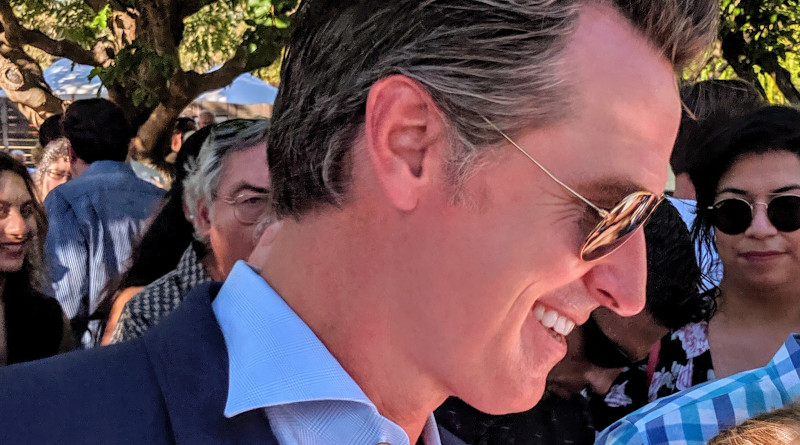 By Ronald Stein and Joe Vranich

In advance of the September 14th Recall election of Governor Gavin Newsom, many companies have voted early and often, with their “feet”, as they have exited California, along with their employees, and the good-paying jobs and tax revenue that came with them, for other locations in America.

The Hoover Institute research report issued August 24th documents the accelerating departures of company headquarters from the Golden State. This staggering data does not bode well for Governor Newsom as the recall election date of September 24th is fast approaching.

The research by Joe Vranich and Lee Ohanian provides the most detailed and comprehensive data on relocations of California business headquarters from 2018 to the first half of 2021, documenting those departures during the first half of this year are double the rate for each of the three previous years.

The 45-page report, Why Company Headquarters Are Leaving California in Unprecedented Numbers found that 272 companies moved their headquarters to other states from Jan. 1, 2018, through June 30, 2021. Here’s a breakdown of the 272 departures over a 41-month period from January 2018 through June 2021

The exits are occurring across virtually all industries, according to the authors Joseph Vranich, President of Spectrum Location Solutions and Lee S. Ohanian, Senior Fellow, Hoover Institution and Distinguished Professor of Economics, UCLA.

The study is brimming with information including naming the companies that departed, listing the locations they left and their destination communities, and discusses the economic reasons why the relocations are occurring at an accelerating rate.

The winning state is Texas, which for many years has been the most popular destination for California company relocations while Tennessee ranked No. 2 and Arizona No. 3. Many headquarters dispersed to the South and Midwest, states that are sometimes unfairly disparaged as “flyover country.”

The California county experiencing the highest headquarters loss in the study period is Los Angeles at 54, followed by San Francisco at 47, and Orange at 29. Counties in Silicon Valley – Santa Clara, Alameda and San Mateo – are losing high-tech company headquarters as they seek to tap the growing availability of tech talent in states that also offer lower operating costs and a friendlier business environment. Companies departing Silicon Valley include Oracle, Hewlett Packard Enterprise (HPE), and smaller, growing companies like Smart Wires Inc. and Revance Therapeutics.

“Some of the small businesses of today will become the blockbusters of tomorrow, and California is losing far too many of these potential game changers,” observed the authors. “California is also losing the gifted creators of these businesses, creators who may start additional transformative businesses in their lifetimes. And if they do, these new businesses will not be launched in California.”

“Unless policy reforms reverse this course, California will continue to lose businesses, both large legacy businesses, as well as young, rapidly growing businesses.”

When company headquarters migrate out of California, significant economic costs affect not only the state, but communities as well-compensated employees depart and no longer patronize local businesses or pay taxes.

While Governor Newsom continues to encourage higher costs for electricity and fuels, that are already among the highest in the country, those inflationary costs are fueling the fires (no pun intended), for companies to seek lesser regulation, lower energy costs, and lower labor rates for their workers living in more affordable states. The Governor has does nothing to lower energy costs nor simplify regulations, as he faces the voters that are the recipients of his self-induced regressive expenses upon those that can least afford it.