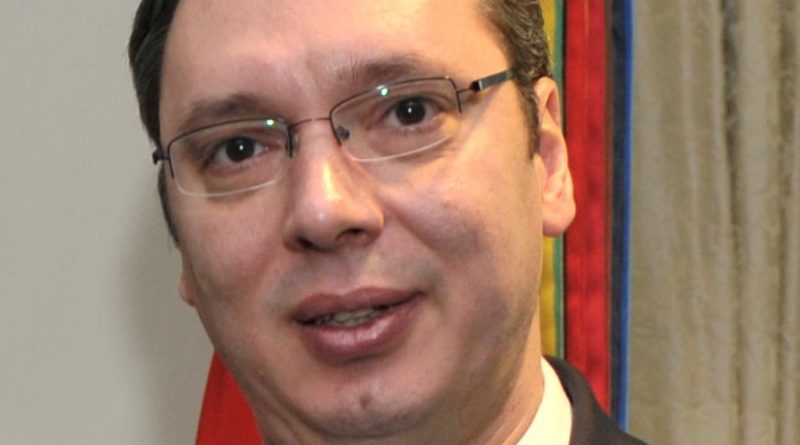 Serbia and Croatia on Thursday both closed their borders to each other’s freight traffic, and to some passenger traffic, as the two countries exchanged accusations over the influx of refugees.

After Croatia closed most border crossings with Serbia last week, Serbian authorities at midnight Wednesday introduced a counter-blockade on freight coming from Croatia.

Passenger traffic from Croatia will be allowed in out normally, Stefanovic added.

“We are not happy about this but these measures were introduced to protect our national interest… What Serbia wants is European values to be respected, and that is open borders,” Stefanovic said at the Batrovci border crossing with Croatia.

Croatia then responded by closing its borders to all Serbian vehicles, both cargo and passenger transport.

The Zagreb-based daily Vecernji list cited Croatian Interior Minister Ranko Ostojic as saying that the borders with Serbia would remain closed to all vehicles with Serbian license plates, until Serbia starts sending some of the refugees back towards Hungary.

Croatia has faced a large influx of the refugees coming from Serbia since last week since Hungary closed its borders to Serbia.

Croatia then closed border crossings with Serbia, which alarmed Serbian officials who said their economy would suffer significant damage if the blockade continued.

Serbian Prime Minister Aleksandar Vucic has written to European officials saying that Croatia, as an EU member, had undermined Serbia’s Stabilisation and Association Agreement with the EU by closing the border crossings to freight.

Vucic told B92 that Serbia would not stop Croatian citizens from entering Serbia but the blockade on freight will remain. He said it was unacceptable that Croatia was preventing people with Serbian passports from entering.

“Serbia will not be responding to ludicrous measures. We thought that those times – when you can enter a bus and say you, you and you cannot go any further – are long past,” he said.

Croatian Prime Minister Zoran Milanovic said he would inform the EU about the Serbian government decision, which he described as an abnormal reaction.

“To be clear, there will be no violence or war… but this is not normal behaviour,” Milanovic said.

He added that Serbia went against EU wishes by introducing counter-measures banning the passage of Croatian goods.

The Croatian Vecernji list reported that EU High Representative Federica Mogherini had talked with Croatian and Serbian leaders and had expressed her hope that the border can be re-opened.

Johannes Hahn, the EU Enlargement Commissioner, who will visit Belgrade on Friday, has urged Western Balkan countries to deal with the problems caused by the large influx of the refugees in a humane way.

“If borders are closed, if trucks are not allowed to cross, it has an immediate impact on the economic situation in the region,“ Hahn said in a press statement on Thursday.