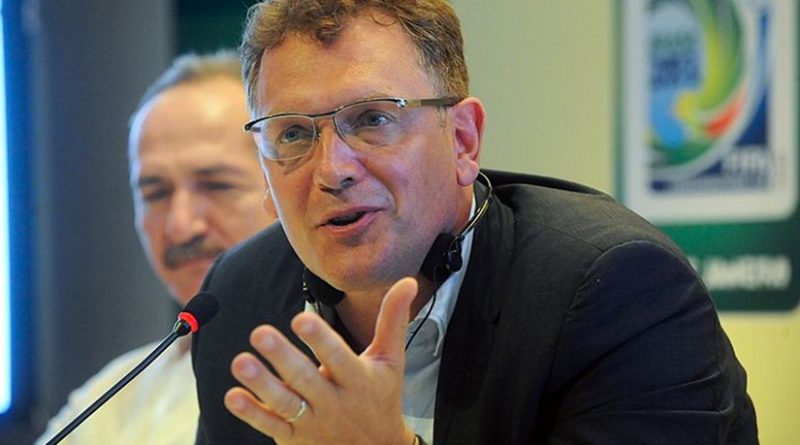 FIFA has given permission for the Swiss Attorney General to examine the email correspondence of its suspended Secretary-General Jéròme Valcke, who is accused of involvement in a World Cup ticketing scam.

Valcke denies allegations that he engineered a marketing contract to sell tickets at the 2014 World Cup at inflated prices and that he stood to personally gain financially from the deal. FIFA’s second most powerful executive and number two to President Sepp Blatter was put on leave on September 16 and is now subject to an internal investigation by FIFA’s ethics committee.

The media-generated accusation resulted in the Attorney General’s office demanding access to Valcke’s emails. Permission was granted by FIFA on Thursday afternoon.

“FIFA informed the Office of the Attorney General of Switzerland (OAG) to unseal all email accounts belonging to Jéròme Valcke, suspended Secretary-General. Therewith, the OAG will have access to Mr Valcke’s email accounts as requested,” a statement from Switzerland’s top prosecutor read.

“Furthermore, the OAG is pleased to note that FIFA has handed over on its own initiative Valcke’s emails since May 2015.”

No legal procedure has been initiated against Valcke so far.

According to several media reports, FIFA had initially demanded certain conditions before Swiss prosecutors could view Valcke’s emails. But football’s world governing body reportedly backed down on Thursday afternoon under pressure from the Attorney General’s office.

Valcke, who has been secretary general at FIFA since 2007, had previously been at the centre of other corruption allegations by the media. He has never been found guilty of any wrongdoing.

The Swiss Attorney General has been investigating FIFA for several months into the 2018 and 2022 World Cup bids. In May, investigators raided FIFA’s Zurich HQ and seized documentary evidence.

In a separate case, the United States authorities earlier this year opened a criminal probe into alleged money laundering and racketeering by several football official from north and south America and the Caribbean.