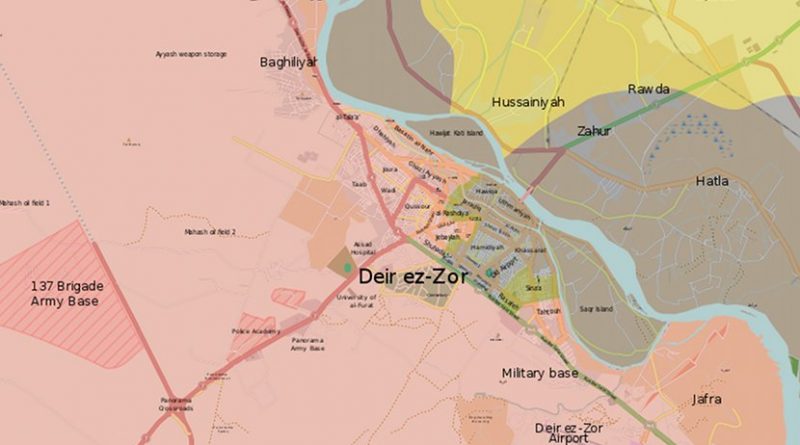 The Russian Defense Ministry has announced one of its generals was killed while fighting Islamic State in Syria.

“Division general Valeri Assapov was killed when a shell exploded during shelling by IS fighters,” the ministry was quoted as saying by local media.

He was serving as an advisor to Syrian government troops “in the operation for the liberation of the city of Deir el-Zour,” it said.

Deir el-Zour province, on Syria’s eastern border with Iraq, is rich with oil and gas fields that served as a key revenue stream for IS at the peak of its power.

Meanwhile, Syrian media reported that government and allied troops have seized Maadan, a town north of Deir el-Zour city and south of Raqqa, which has been a scene of intense fighting with Islamic State militants.