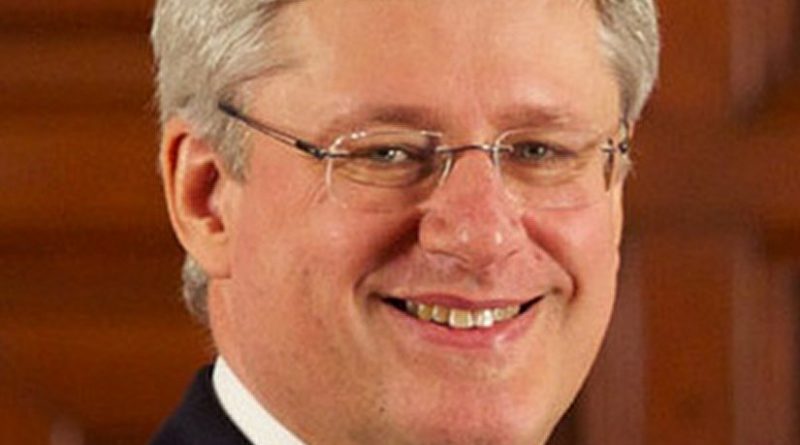 Canada’s prime minister for the past nine years, Stephen Harper, led a charmed life until the October 19 federal election. Canada’s first-past-the-post elector system, where three parties—two left-liberal and one conservative—have split the vote election after election, allowed him to hold power with a third of the popular vote.

The traditional source of political power in Canada is the Liberal Party, but they lost power after a string of scandals and weak leadership a decade ago, and Harper, having captured the traditionally moderate “Progressive Conservatives” and inserted his radical rightwing followers, used the electoral split to pursue a divisive, unjust agenda.

For pro-Israeli, pro-war, anti-environment, anti-science, anti-culture types, he was perfect. But for people concerned about human rights, the environment, promoting the arts and maintaining Canada’s reputation as a nation that promotes world peace, and is a haven for scientific development, he has been the worst prime minister in history.

Canadians finally woke up in alarm this summer, and the Liberals under the charismatic Justin Trudeau, son of Pierre Trudeau, produced a miracle, moving from third place with 19% to 37% in the final week and on to 40% on election day, winning a majority. Hours after his victory, Trudeau told reporters, “I want to say this to this country’s friends around the world: Many of you have worried that Canada has lost its compassionate and constructive voice in the world over the past 10 years. Well, I have a simple message for you on behalf of 35 million Canadians. We’re back.”

The NDP “third way” followers jumped ship in the last week, horrified at the possibility of giving Harper another term in office. Despite stubborn resistance by their leader Thomas Mulcair, they did the sensible thing, individually opting to vote  “strategically” in ridings where the liberal-socialist split might allow the Harperite candidates to slip in once again.

The devastation of the Harper decade is going to be very hard to reverse. It will be essential for the Liberals and NDPers (and let’s not forget the plucky Green Party leader Elizabeth May) to work together in a ‘Battle of Britain’ spirit to salvage something from the Harper legacy.

A few examples of how he has dragged the country through the diplomatic mud internationally since his election in 2006 include the following:

It was Canada’s turn to join the UN Security Council in a rotating regional seat in 2010, but UN members snubbed Canada, acknowledging the affront on Kyoto and the outrageous pro-Israeli bias of the Conservatives. Almost overnight, Harper reduced Canada to at best a laughing stock, at worst an international pariah.

He is loathed by 65% of Canadians—make that 70% as of election day—not so much for these humiliations, but for his many domestic policies, which include:

Looking at science alone among Harper’s crimes, one of Canada’s top scientists, Chris Turner, points out that “Stephen Harper’s Canada is a country, alone among democratic nations, that bars its scientists from discussing their work in public and sends spin doctors to ensure that message discipline trumps scientific fact even at academic conferences. It is a country where environmental advocacy is foreign and dissenting opinion is treated as treasonous.”

Turner laments that scores of Canada’s top scientists have moved elsewhere to practice their ‘trade’. “Things got so bad I just had to leave. I am concerned about the bigger policy issues that are essentially leading to a death spiral for government science,” he told the CBC after he retired from the Department of Fisheries and Oceans. “I see that it is going to be a huge problem in the coming years. We are at the point where the vast majority of our senior scientists are in the process of leaving now, disgusted as I am with the way things have gone, and I don’t think there is any way for it to be recovered.”

What possible explanation for this sadism is there? It may well be a personal vendetta. Harper enrolled in the University of Toronto’s elitist Trinity College in 1978, and was ridiculed as a bumpkin. He dropped out after two months, suffering a mental breakdown, and went home to lick his wounds as a lowly clerk in Calgary. He gained a BA in economics at the University of Calgary, and slowly worked his way up the political ladder in the staunchly conservative province, finally achieving the prime ministership in 2006, and beginning his slash and burn of Canada’s intellectual elite.

I wish I could say something positive in Harper’s favour…

Wait! His bigotry and warmongering have transformed parliament, given it a more inclusive face, and a fresh commitment to assert Canada on the world stage in its traditional image of a haven for the persecuted, a defender of peace and the environment.

His niqab bigotry and reference to “barbaric cultural practices” blew up in his face, and catapulted ten Muslims—all Liberals—the most in history to Canada’s parliament according to muslimlink.ca. They include Canada’s first Somali Canadian MP Ahmed Hussen and first Afghan Canadian MP Maryam Monsef. The majority of Muslim Canadian MPs are newcomers to politics with the exception of Omar Alghabra and Yasmin Ratansi. This could become the Liberals’ new road to majority governments, as Canadians continue to embrace multiculturalism and Muslims continue to immigrate.

His disastrous forays into middle east politics angered Canadians, culminating in his serenade of Natanyahu to “Hey Jude” in Jerusalem, and his bombing mission in Syria. Trudeau informed Obama within hours of his victory of his intention to pull Canada’s fighter jets out of the anti-ISIS campaign.

Harper may well have scuttled his beloved north-south Keystone pipeline with his slap at Obama on Bloomberg TV: “I think there’s very peculiar politics of this particular [Obama] administration”. Obama clearly does want to scotch it and US presidents do not like to be told what to do by foreign politicians, especially Bush lovers, warmongers and environment haters.

The growing loathing among the people became viceral towards the end. His last desperate electoral campaign slogan recognized this: “You may not like me, but I’m great on economic matters”—a lie, as his gamble on the tarsands turned into more than just an environmental disaster. With the fall in oil prices, the Canadian dollar lost 25% of its value, and the government deficit ballooned.

It is frightening to see how easy it is to misuse electoral democracy, letting a selfish, money-obsessed cabal destroy the country’s environment and social fabric. It is heartening to see how voters were able to use their dysfunctional electoral system to their advantage. We can only look to Justin Trudeau to fight to renew his father’s legacy as one of Canada’s most illustrious politicians, one who was concerned about social justice, respected science, and worked to protect the environment. Justin has a strong, vigorous group of Muslim Liberals to help him.