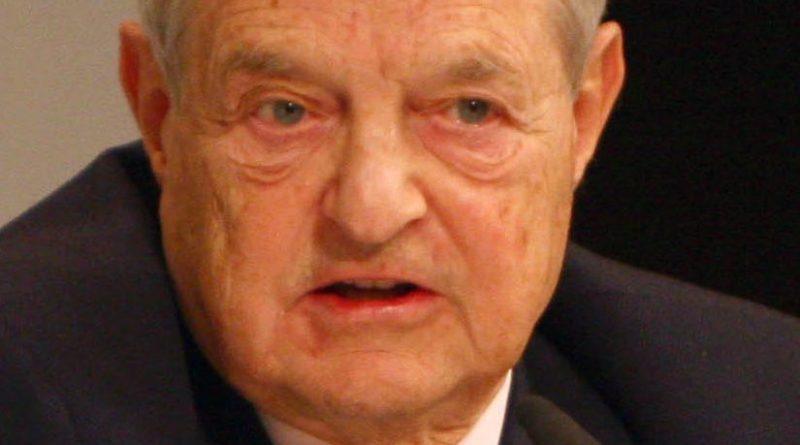 As Election Day in the United States draws closer, fears of voter fraud continue to plague the process. Adding to these concerns is the fact a number of states will use voting machines that some assert could be under the influence of billionaire George Soros.

According to Polizette, UK-based company Smartmatic recently posted a chart claiming that it would provide for the November 8 election up to 50,000 voting machines in as many as 16 US states. But, according to a spokesperson for the National Association of Secretaries of State, Smartmatic is not certified to provide equipment for American elections.

Adding to the confusion is the chairman of Smartmatic, Mark Malloch-Brown, who is a member of the board of the Open Society Foundations, owned by billionaire George Soros.

Malloch-Brown has a long history with Soros, founding the International Crisis Group with the billionaire’s backing and participating in the Soros Advisory Committee on Bosnia. Soros has long held ties to Democratic presidential hopeful Hillary Clinton. Emails from campaign chair John Podesta, released by WikiLeaks, appear to show Clinton attempting to appease Soros. “I would only do this for political reasons (ie to make Soros happy),” reads an email from Robert Mook, Clinton’s campaign strategist, to Podesta and vice chairwoman Huma Abedin. The exchange was in reference to Clinton’s attendance at an America Votes fundraiser.

America Votes is a social-welfare organization that works to advance progressive causes and increase Democratic Party voter turnout. While it does not disclose its donors, it is rumored to be supported by business-magnate Soros, known for his active backing of progressive and liberal causes.

Another exchange between Podesta and Michael Vachon, adviser to the chair of Soros Fund Management, shows an unusual interest in the European migration crisis and political unrest in Ukraine. “In general I think George is more interested in talking about policy than the campaign per se, though I can’t imagine you won’t spend some time on politics. In a separate email I will send you George’s latest thinking on the migration crisis, which he is spending a lot of time on,” Vachon writes. “His other big preoccupation these days is Ukraine. Both the migration crisis and Ukraine are part of his view of Europe as falling apart and the UK as ultimately not doing enough to prevent the political disintegration of its most important ally.”

As Polizette points out, Smartmatic has also appeared in classified US diplomatic cables from 2006, released by WikiLeaks.