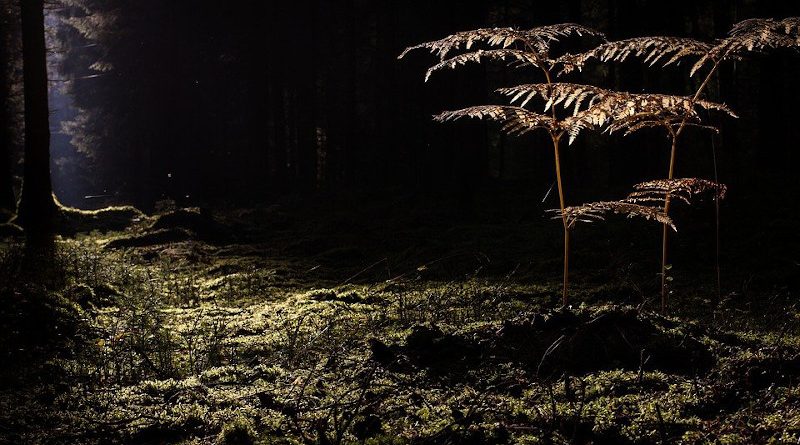 Being highly connected to a strong social network has its benefits. Now a new University of Alberta study is showing the same goes for trees, thanks to their underground neighbours.

The study, published in the Journal of Ecology, is the first to show that the growth of adult trees is linked to their participation in fungal networks living in the forest soil.

Though past research has focused on seedlings, these findings give new insight into the value of fungal networks to older trees–which are more environmentally beneficial for functions like capturing carbon and stabilizing soil erosion.

“Large trees make up the bulk of the forest, so they drive what the forest is doing,” said researcher Joseph Birch, who led the study for his PhD thesis in the Faculty of Agricultural, Life & Environmental Sciences.

When they colonize the roots of a tree, fungal networks act as a sort of highway, allowing water, nutrients and even the compounds that send defence signals against insect attacks to flow back and forth among the trees.

The network also helps nutrients flow to resource-limited trees “like family units that support one another in times of stress,” Birch noted.

Cores taken from 350 Douglas firs in British Columbia showed that annual tree ring growth was related to the extent of fungal connections a tree had with other trees. “They had much higher growth than trees that had only a few connections.”

The research also showed that trees with more connections to many unique fungi had much greater growth than those with only one or two connections.

“We found that the more connected an adult tree is, the more it has significant growth advantages, which means the network could really influence large-scale important interactions in the forest, like carbon storage. If you have this network that is helping trees grow faster, that helps sequester more carbon year after year.”

It’s also possible that if the trees grow faster, they’d have some ability to better survive drought that is expected to intensify with climate change, he added.

“These networks may help them grow more steadily even as conditions become more stressful, and could even help buffer trees against death.”

Birch hopes his findings lead to further studies in different kinds of forests in other geographical areas, because it’s likely that the connections among trees change from year to year, he said.

“It’s a very dynamic system that is probably being broken apart and re-formed quite a bit, like family relationships, so we don’t know how they will change under future climates either. Maybe a dry year or a beetle outbreak impacts the network.

“Knowing whether fungal networks are operating the same way in other tree species could factor into how we reforest areas after harvesting them, and it could inform how we want to plant trees to preserve these networks.”

Home » Soil Fungi Act Like A Support Network For Trees