“The region’s open urban unemployment rate will maintain its downward trend to finish 2012 with a variation of 6.4 percent (which is lower than the 6.7 percent posted last year),” ensure both United Nations organizations in the report “The Unemployment Situation in Latin America and the Caribbean,” presented on Nov. 5. 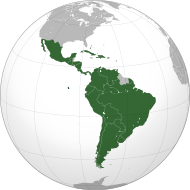 The document maintains that “the positive trend will be maintained despite the slowing economic growth rate, which went from 4.3 percent in 2011 to an estimated 3.2 percent this year,” highlighting that “the labor market has been key in preventing an even greater slowdown in the economy, as there was a surge in household purchasing power thanks to job creation and a rise in real wages.”

Likewise, the report points out that there has been an expansion in formal waged employment covered by social benefits; at the same time real wages have risen.

“In the first half of 2012, many countries maintained the recent trend of improvements in job quality, characterized by buoyant generation of waged work, significant increases in formal employment and a reduction in under-employment,” stated Alicia Bárcena, executive secretary of the ECLAC, and Elizabeth Tinoco, regional director of the ILO Office for Latin America and the Caribbean, in the prologue to the study.

Nevertheless, Bárcena and Tinoco warned about the situation of young people who face challenges in incorporating themselves to the labor market, shown by their high unemployment rates, precarious jobs, and low incomes.

“This generates problems not only for the individuals and their families, but also a burden on countries’ future social and economic development. As we have observed in different parts of the world, this can generate considerable social and political conflict,” Bárcena and Tinoco said.

The study put emphasis on the 20 percent of young people who do not study or are not incorporated into the labor market — primarily young women dedicated to housework — who “will find it difficult to enter the labor market in the future, and will have fewer life options in general,”

Home » Latin America And Caribbean: Unemployment On The Decline