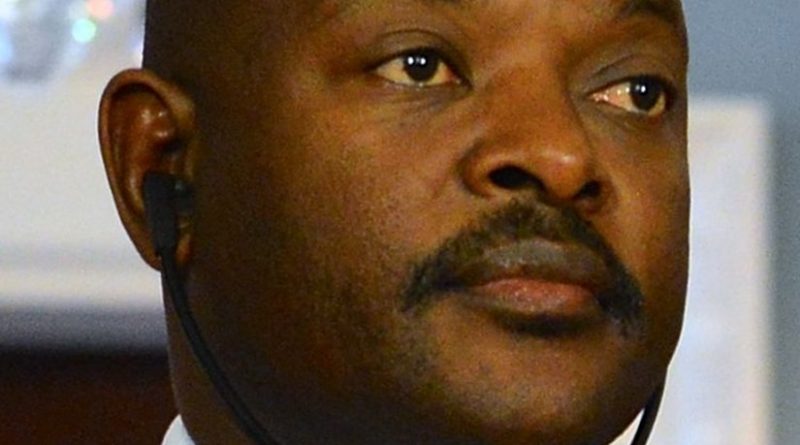 The UN Human Rights Council Special Session on preventing further deterioration of the human rights situation in Burundi has well highlighted the dangers. The difficulties of restoring order are strong. More basic reconciliation is even more difficult. The Expert Mission is unlikely to discover new elements. Thus we must watch the situation closely and see what means to bridge building are possible.

On 17th December 2015, the UN Human Rights Council held a Special Session on preventing further deterioration of the human rights situation in Burundi. A Special Session is the “highest profile” measure that the Human Rights Council has to highlight a dangerous situation and to call attention to a need for action. The Council in a consensus resolution called upon the UN High Commissioner for Human Rights, Zeid Ra’ad al-Hussein, to dispatch urgently an Expert Mission to Burundi “to document human rights violations, with a view to preventing the future deteriorations of the human rights situation.” As the High Commissioner already has a field office in Burundi, the Expert Mission is unlikely to uncover any information that is not already known by the field office of arbitrary arrests, targeted assassinations, and excessive use of force by the security forces. However the added prestige of a specially-designated Expert Mission may facilitate some bridge-building among hostile groups that regular UN secretariat members can not undertake.

The one-day Special Session brought together the highest profile persons of the UN and the African Union human rights and conflict resolution teams. In addition to the High Commissioner, there was Adama Dieng, the UN Secretary-General Special Adviser on the Prevention of Genocide and Ms Aiska Laraba Abdullahi, the Commissioner for Political Affairs of the African Union. Adama Dieng of Senegal is a colleague of long date having represented the International Commission of Jurists for many years. He is a fine specialist of African issues. Dieng, as many others like myself, who were active in the lead up to the 1994 Rwandan genocide and were unable to prevent it, is worried that events in Burundi, although different, could lead to the same results of inter-ethnic violence. Although the conflict in Burundi is a conflict for power among a small group of persons already in authority and their armed factions, there can be a manipulation of ethnicity and violence can slip out of control of the “mafia chiefs”. Already some of the language being used is similar to that used before the Rwanda genocide, but there are not the systematic calls to destroy the “other” that Radio Milles Collines used in Rwanda.

This struggle for power among a host of different actors can take on an ethnic character as it did in Rwanda. The factions prey on the desperation and poverty, especially of the young, to compete for influence. The most visible faction is that of the President Pierre Nkurunziza who has been in power since 2005 at the end of a 1993-2005 “civil war” in which some 300,000 persons were killed and a million persons displaced or became refugees to neighboring countries. Around Nkurunziza, there is a small group of persons who have gained economically and have helped set up armed security forces to protect their gains. They support the President, but some think that they could do just as well as President. There is no common ideology and no loyalty beyond self-interest.

After 2005, there has been relative peace but no real socio-economic development. A few, by their relations to the President, have gained economically, but the country as a whole has stagnated. As a new generation of persons who did not know directly of the violence of the 1990s comes on the scene, they ask “what is in it for us?” The competing factions are not well defined. In addition to the political party of the President, there are 17 political parties in opposition.

In such a situation of division and armed conflict, what can be done by the UN secretariat or those of us who represent non-governmental organizations? Burundi has no strong outside friends. The only voice at the Special Session that fully supported the government of Burundi was that of Egypt. Egypt, which has its own human rights problems, would not go to the barricades to prevent a Special Session but did stress that the Burundian government “was closely monitoring the situation and the challenges it faced”. The representative of the Democratic People’s Republic of Korea thought that there should not have been a Special Session at all and that “any attempt to interfere in the internal affairs of a country under the pretext of human rights should not be justified as this infringed upon the UN Charter and relevant rules of the UN, as well as the principles of independence and territorial integrity of Member States Politicization , selectivity, and double standards in the field of human rights should be put to an end immediately.” — A speech that it will reuse, no doubt, in its own defense. The Holy See was the only State to stress the need to prevent arms trafficking, but did not develop what the Catholic Church might be able to do for conflict resolution locally.

For lack of time, and because most relevant ideas had been expressed, the representatives of non-governmental organizations (NGOs) did not speak. Yet it may be only NGOs, especially the Catholic and Protestant churches, who are in a position to build bridges among the factions. It is very unlikely that the United Nations or the African Union will send in military troops. There were many calls by government representatives for “dialogue” among the factions, but few suggestions on how such a dialogue could be created. Nor was there much emphasis on the possible results of such dialogues. Sharing the wealth among a few more “mafia chiefs” might bring a momentary halt to armed violence but will not change the situation in a fundamental way.

Churches may be the only civil society groups able to build bridges though for the moment, it is not clear that churches are organized to play this role. The majority of the population is Catholic, but there is a small dynamic Protestant movement. The churches to some extent cut across the ethnic divides, but it is not clear that the youth who are most active in the protests and the victims of violence, are motivated by the churches.

The Special Session has well highlighted the dangers. The difficulties of restoring order are strong. More basic reconciliation is even more difficult. The Expert Mission is unlikely to discover new elements. Thus we must watch the situation closely and see what means to bridge building are possible.

*Rene Wadlow is President and a Representative to the United Nations, Geneva of the Association of World Citizens.