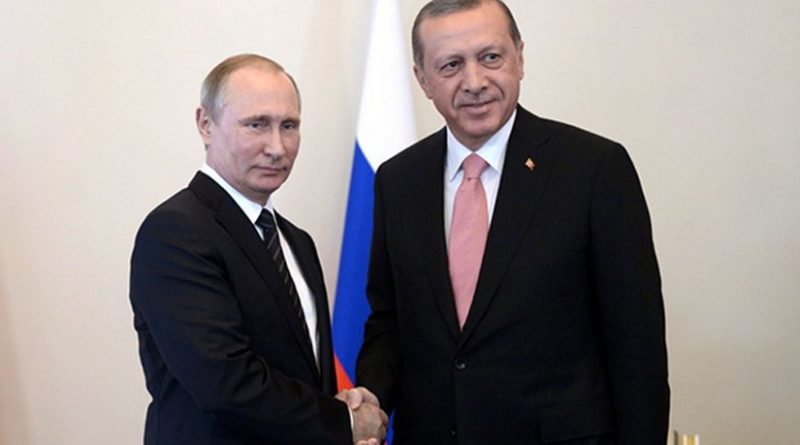 “No, this is not Sarajevo 1914…for Ankara and Moscow will not wage war. Quite the contrary, they may even get closer” tweeted Turkish columnist Mustafa Akyol as the conspiracy theories about Russia-Turkey relations began circulating post the assassination of Russian Ambassador to Turkey, Andrey Karlov, on 19 December. The ambassador was shot allegedly by a police officer named Mevlut Mert Altinas while he was delivering a speech at an art exhibition in Ankara. The attack came after days of protests in Turkey over Russia’s role in Syria and a day prior to Turkey’s foreign minister’s scheduled visit to Moscow for a meeting with Russian and Iranian diplomats on the situation in Syria.

As the Syrian crisis unfolded, tension between Russia and Turkey grew. While Russia backed Assad, Turkey agitated for regime change in Syria. With the worsening of situation and the emergence of Islamic State as the principle opposition to the Syrian regime, the Kurdish population began to rise against the Islamic State. As the Kurd solidarity increased, Turkey’s stakes in Syria got complex. A major cause of concern for Ankara is that the Syrian Kurdish Democratic Union Party (PYD) is an affiliate of the Turkey-based Kurdistan Workers’ Party (PKK), which it regards as a terrorist organization. Turkey fears that the PYD’s success in Syria will strengthen the PKK in its fight against Turkey.

While the Russian airstrikes had already increased tension between Turkey and Russia, things got worse in November 2015 when the former shot down an SU-24, claiming that the fighter jet had entered its air space in spite of several warnings. Both, however, restored ties after President Erdoğan sent a letter of ‘regret’ to President Putin, describing Russia as “a friend and strategic partner”. He also expressed his condolences to the family of the Russian pilot and promised to punish the guilty. He further agreed to payment of compensation for the fighter jet and to the family of the pilot. Currently, at least one of these conditionalities remains unfulfilled.

The rapprochement has not gone down well with many in Turkey who oppose Russia because of its support for Bashar al Assad’s regime, whose main supporter is Shia Iran. Turkey, on the other hand, sides with Sunni rebels, who are backed by a majority of the conservative Sunni Arab monarchies. Erdoğan’s own party (Justice and Development Party) supporters are not too pleased with Turkey giving in to Russia’s demands. The sentiment also echoes in the words of Karlov’s assassin who, according to reports, shouted, “Don’t forget Aleppo, don’t forget Syria…those who have a part in this atrocity will all pay for it, one by one” immediately after killing the ambassador.

The current episode will however not rupture the ties between the two as it did post the downing of Russian plane last year. Russia is now looking for a way-out of the Syrian conflict. With the newly elected US President Donald Trump having shown the inclination in cooperating with Russia, there is an opportunity for Moscow to end the conflict on favourable terms both for Mr. Assad and for Russia’s broader interests in the region.

Signs of a Russian-Turkish rapprochement were visible just a day following the ambassador’s assassination at a meeting of foreign ministers of Russia, Iran and Turkey held in Moscow. The trio agreed in “the Moscow Declaration” that there could be no military solution to the Syrian conflict. Instead, they believed that the UN could play an essential role to resolve this crisis in accordance with the UNSC resolution 2254. Also taking note of the International Syria Support Croup (ISSG), they urged all members of the international community to cooperate in good faith in order to cooperate in implementing agreements contained in these documents.

Going by past example, it was the shooting of the pilot that had incensed Moscow more than the downing of the plane. In this case too, it would be premature to conclude that the Russian leader would seek no compensation for the assassination of one of his diplomats.  This would inevitability (further) weaken Erdoğan’s position vis a vis Putin while negotiating on Syria. The failed coup in July has already unraveled the divide between the President and military. Many army generals were imprisoned by Erdoğan in a bid to remove threat to his power. The current assassination by a security officer is an indication of Erdoğan’s lack of control of the “security within his borders”.

With lack of support within, the Turkish leader would have a tough choice to balance his domestic interests while improving relations with Russia and Iran, especially at a time when its relations with the West are deteriorating.

A team of leading environmental experts, spearheaded by the University of Nottingham, have warned that the current war on plastic