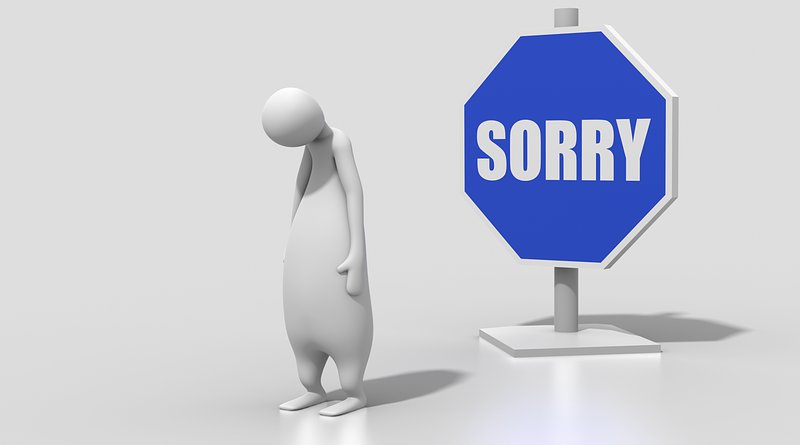 A research team led by Professor OHTSUBO Yohsuke of Kobe University’s Graduate School of Humanities has been investigating how group apologies are perceived. Their results revealed that apologies that are costly for the apologizing organization are deemed to be more genuine. This was similar to previous findings by Professor Ohtsubo et al. when they looked into apologies from individuals, such as friends or colleagues.

It is hoped that the understanding illuminated by this research may help groups make more effective apologies, particularly in crisis communication and international peacemaking.

The results of this study were first published online in ‘Social Neuroscience’.

Groups issue apologies for various types of misconduct. For example, companies apologize to customers and stockholders due to product faults and governments issue political apologies for past injustices. Groups hope that their apologies will be perceived as sincere by their audience. But what makes an apology come across as genuine?

Past research into how apologies are perceived has mainly focused on interpersonal interactions. A previous study by Professor Ohtsubo et al. found that apologies that were costly to the individual conveyed sincerity to the receiver. This cost can take any form (eg. financial or time-based); for instance, the apologizer cancelling their favorite activity in order to make an immediate apology. Incurring a cost that puts the apologizer to some disadvantage communicates their sincere intention to repair the relationship, and thus makes the receiver of the apology more likely to forgive them.

The current research study sought to determine whether group apologies that cost the organization were believed to be more sincere or not.

In the first part of the study, 108 university students were given fifteen transgression scenarios. Each transgression scenario was associated with three types of reaction; costly apology, non-costly apology and no apology, and each questionnaire contained five of each reaction type. The participants had to rate how sincere they felt each group apology situation was.

For example, in one scenario a company’s faulty electrical products caught fire. The variations on this scenario were ‘the company immediately issued an apology and announced it would offer a product exchange’ (costly apology), ‘the company merely apologized for the defective products’ (non-costly apology) and ‘the company didn’t apologize because the matter was still under investigation’ (no apology). In total there were fifteen types of transgression scenario used, with one of three possible variations- three versions of the questionnaire were distributed to participants. As the results in the graph show (Figure 1), costly apologies were perceived as the most genuine.

In Professor Ohtsubo et al.’s previous study into interpersonal apologies, brain scans revealed that the medial prefrontal cortex (MPFC), bilateral temporoparietal junction (TPJ) and the precuneus were more strongly activated when participants imagined receiving a costly apology. These regions are typically associated with cognitive empathy and intention processing. To work out if the results were similar for group apologies, 25 participants were presented with thirty apology scenarios (ten transgression scenarios were associated with three reactions; costly apology, non-costly apology and no apology) while undergoing an fMRI brain scan. They were asked to move a slider to indicate how forgivable the apologizing group was. Figure 2 shows the procedure of this experiment. The order of the scenarios was randomized.

When the brain scan images were analyzed, costly apologies were associated with greater responses in the bilateral TPJ and precuneus (see the blue circles in Figure 3). In the non-costly and no apology scenarios, these areas of the brain did not show high responses. This suggests that the costliness of group apologies, but not the mere presence of an apology, was responsible for the significant activation of these areas of the brain.

The results of the current study illuminated that apologies are perceived similarly, regardless of whether the apologizer is an individual or a group, and that costly apologies are viewed as more sincere. This may provide a basis for extrapolating the abundant findings relating to interpersonal apology studies to group situations.

However, the nature of the task in the study (i.e., intention inferences occurred ‘spontaneously’ and participants did not report how sincere they found each reaction was) created several limitations making it difficult to analyze whether perceived sincerity was positively associated with the areas of the brain shown to be most active in the fMRI scans. These issues could be addressed by asking participants to report their perceived sincerity of the apology during the fMRI scan. In conclusion, further research combining self-report with fMRI scans in addition to using a variety of participants could bolster the findings of this study.

Home » How Can Groups Apologize Sincerely? It’s Going To Cost Them