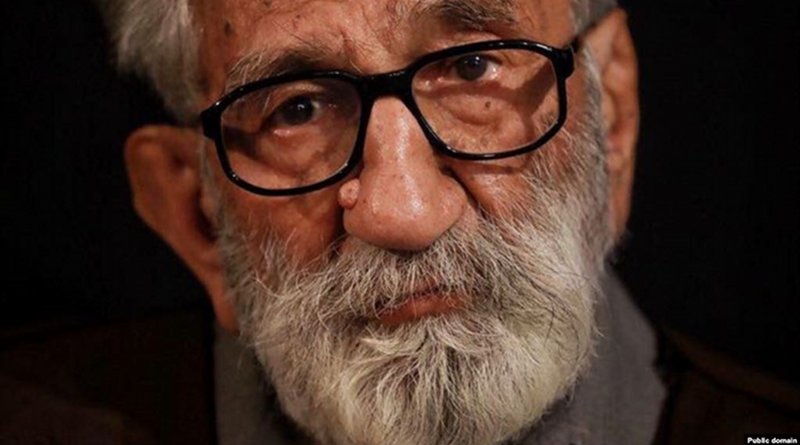 (RFE/RL) — Nurali Tabandeh, the leader of one of Iran’s largest Sufi sects, died on December 24 at the age of 92, the semiofficial ISNA news agency reported.

Tabandeh passed away in Tehran’s Mehr hospital, where he had been admitted on October 31, ISNA said.

Tabandeh’s funeral is to take place on December 25 in his hometown of Bidokht in Iran’s northeast, the news agency reported.

Tabandeh was the leader of the Nematollahi Gonabadi order, which is based in the northeastern province of Khorasan but has followers all over Iran.

Tabandeh, who held a doctorate in law from the University of Paris, served briefly as a deputy culture minister following Iran’s 1979 Islamic Revolution.

Tabandeh was arrested multiple times over the years, and followers of his order, also known as the Gonabadi dervishes, repeatedly clashed with security forces and pro-establishment militias.

Last year, Human Rights Watch said that Iranian courts sentenced at least 208 members of the dervish community between May and August 2018, in what the rights group described as one of the largest crackdowns against a religious minority in Iran in a decade.

The sentences included prison terms ranging from 4 months to 26 years, flogging, internal exile, travel bans, and a ban on membership in social and political groups.

The authorities also detained more than 300 dervishes following protests in January and February 2018 that included violent clashes between dervishes and security forces in Tehran.

Sufism, a mystical branch of Islam, is not illegal in Iran but rights groups accuse the Iranian government of harassment and discrimination against its followers.