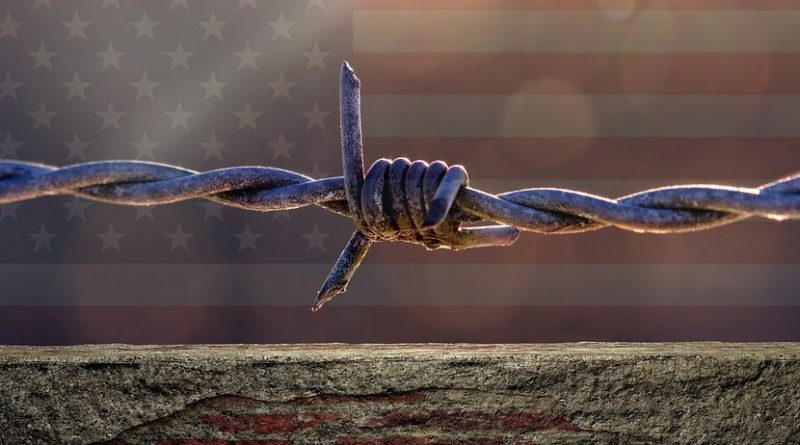 US Customs and Border Protection (CBP) agents have denied entry to the United States to Mexican asylum seekers, exposing thousands, including families and children, to danger in Mexican border cities, which is in violation of international refugee law, Human Rights Watch said.

Several dozen Mexican asylum seekers in Ciudad Juárez, Mexico told Human Rights Watch in November 2019 that they had been turned back after attempting to seek asylum at a US port of entry. Some had been waiting for months on a self-organized handwritten list defining when it would be their turn to present themselves at the port of entry.

“The Trump administration’s rejection of Mexican asylum seekers at the border is a dangerous new low in its campaign to eviscerate protections for those seeking asylum,” said Clara Long, senior US program researcher at Human Rights Watch. “The prohibition on return of refugees to the country they’re fleeing – including pushbacks at the border – is a core obligation of international law.”

Human Rights Watch accompanied 46 Mexican asylum seekers, over half of whom were children with their parents, as they sought to present themselves to CBP agents at the Paso del Norte bridge between Ciudad Juárez and El Paso, Texas. CBP agents consistently told asylum seekers that the port of entry was “too full.” On November 22, Human Rights Watch witnessed CBP agents turn back at least two Mexican families and a single Mexican adult after they explicitly informed agents they were fleeing Mexico and wished to seek asylum in the United States.

All countries, whether or not they have signed the 1951 Convention relating to the Status of Refugees, are obligated to respect the customary international law principle of non-refoulement – the obligation of governments not to return a person to a country where they are at risk of being subjected to persecution, torture, or other cruel or inhuman treatment.

In April 2018 US immigration officials formalized a “metering” policy – the practice of allowing a limited number of asylum seekers into ports of entry each day – though this was first documented by independent observers in mid-2016. Metering was initially applied to non-Mexican asylum seekers; the April 2018 directive suggested that the agency understood its obligation not to expose Mexican asylum seekers to the threat of persecution in Mexico by instructing CBP officials to be “particularly aware” of any efforts by Mexican authorities to prevent Mexican nationals claiming fear of return from entering the United States.

However, in recent months the administration has begun metering Mexican asylum seekers. An independent academic study counted over 11,000 waiting for entry into the United States across the land border as of November 2019. The study estimated a total of 21,398 asylum seekers of all nationalities waiting to enter the United States under metering.

In mid-November, the American Civil Liberties Union (ACLU) filed a complaint with the Department of Homeland Security’s Office of Inspector General providing 18 examples of Mexican asylum-seeking families and individuals who had been subject to metering in Ciudad Juárez and Matamoros, Mexico. A class action lawsuit pending since 2017 challenges the government’s use of metering as a violation of US law and international legal protections for those seeking asylum.

“The Mexican families we represent have been camped in precarious conditions at the US port of entry for months attempting to seek safety in the United States,” said Tania Guerrero, a project attorney for the Catholic Legal Immigration Network, a national immigration legal services provider. “Several individuals we are following have finally been admitted and passed a screening interview showing them to have a significant chance of prevailing on their asylum claim of having a well-founded fear of being persecuted in Mexico. Most say they do not feel safe during their months-long wait in Juarez.”

Nighttime temperatures in Ciudad Juárez have recently dipped below freezing, with hundreds of Mexican asylum seekers still waiting at three bridges between Ciudad Juárez and El Paso, according to Edith Tapia, Policy Research Analyst at the Hope Border Institute, an El Paso-based human rights organization. Juárez officials have reportedly pressured migrants camped at the bridges to move to shelters, and threatened their physical removal if they did not comply. Mexican asylum seekers camped in Ciudad Juárez recently told the El Paso Times that they are refusing government assistance because they do not trust the Mexican government.

The US Congress and federal oversight bodies and the United Nations High Commissioner for Refugees should urgently investigate the Trump administration’s treatment of Mexican asylum seekers at the border, Human Rights Watch said. Border agencies should ensure they are treating asylum seekers in accordance with US and international law.

“United States officials are flouting their obligations under US and international law to receive asylum seekers at the border fleeing persecution,” Tapia said. “Turning away Mexican asylum seekers puts their lives in danger.”

One thought on “US: Mexican Asylum Seekers Ordered To Wait”