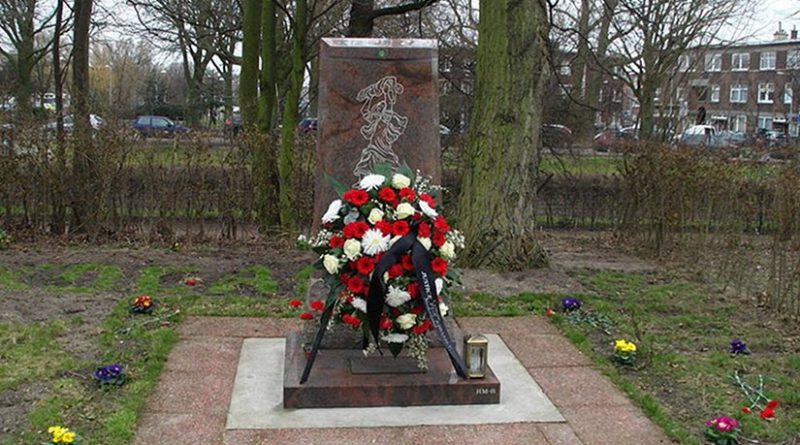 Many of us do not know what happened in a small town called Khojaly, an Azerbaijani territory, on the night of Feb. 25 to 26, 1992. A group of armed Armenian soldiers as well as militia attacked Khojaly on the wee hours of Feb. 26 , butchering unarmed residents of the town.

It was a heinous crime against humanity. The brutal act of the Armenian soldiers against unarmed civilians was a black chapter in the history of mankind. It was a clear act of genocide and ethnic cleansing in Khojaly.

On that dark night, 3,000 people were sleeping in their houses in Khojaly. Armenian troops and militia dragged people from their beds and killed them mercilessly with guns, bayonets, knives and other weapons.

According to the official count, 613 people were massacred, including 106 women, 63 children and 70 elderly people. Eight families were wiped out and 130 children lost at least one parent while 25 became orphans. Armenian troops arrested 1,275 people. The fate of another 150 people is still not known until this day.

All victims of the Khojaly genocide were ethnic Azerbaijani Muslims. The whole town was burnt to the ground.

“The Khojaly genocide, with its inconceivable cruelty and inhuman punitive methods, was completely targeted against the people of Azerbaijan and represents a barbarian act in the history of humankind,” said Azerbaijan’s National Leader President Heydar Aliyev.

He, who was also the Azerbaijan President from 1993 to 2003, described the Khojaly genocide as “ a historical crime against humanity”.

The purpose of the attack was to occupy Khojaly and evict Azerbaijani Muslims from the town.

With the help of Soviet troops, Armenia and its local militia launched its campaign in 1988 to seize Nagorno Karabakh through all means. During the period from 1988 to 1993, Armenia seized control of not only Nagorno Karabakh but also seven adjacent regions – Aghdam, Fuzuli, Lachin, Gubadli, Jabrail, Zengilan and Kalbajar – all together making one fifth of Azerbaijan’s territory.

The war between Armenia and Azerbaijan over Nagorno Karabakh from 1988 to 1993 claimed 30,000 lives from both sides. Both countries agreed to a cease-fire in May 1994.

Though the war was stopped, Armenia still occupies 20 percent of Azerbaijani territory illegally. Almost one million Azerbaijanis became refugees as well as internally displaced persons (IDPs) in their own land.
International media widely reported Armenian atrocities against Azerbaijani people during the war. The United Nations Security Council adopted Resolution Nos 822, 853, 874 and 884 regarding the immediate withdrawal of Armenian forces from occupied territories and peaceful resolution of the conflict. The Organization of the Islamic Cooperation (OIC) and the Organization for Security and Cooperation in Europe (OSCE) also produced similar resolutions.

Ignoring international condemnation, Armenia did not withdraw its forces from Azerbaijani territories until this very day. None of the perpetrators of the Khojaly genocide were brought to justice.

This author talked to hundreds of refugees and IDPs several times in Azerbaijan. They were angry at the international community.

“So many people from various countries came to see us to express their solidarity. Still, we did not get justice. We lost our loved ones, lands and houses. The killers are roaming free,” Jamila a refugee from Nagorno Karabakh who lives in a refugee camp in Baku told this author.

In 1994, Azerbaijan’s Milli Majlis (Parliament) declared Feb. 26 as a Day of the Khojaly Genocide. On Feb. 26, at 5 p.m., millions of Azerbaijanis observe a minute of silence to pay their homage to Khojaly victims.
Azerbaijan’s Ambassador to Indonesia Jalal Mirzayev says that there is a global campaign to raise awareness about Khojaly genocide.

“It is called Justice for Khojaly International Awareness Campaign. It was launched at the initiative of our leader Leyla Aliyeva on May 8, 2008. People can go to its website (https://justiceforkhojaly.org) and sign the petition to seek justice for Khojali victims,” Ambassador Jalal told this author.

Aliyeva, Azerbaijan’s current Vice President, launched the “Justice for Khojaly” campaign in 2008 in her capacity as General Coordinator of the Islamic Conference Youth Forum for Dialogue and Cooperation.
Azerbaijan, which is stronger than Armenia in terms of size, economic wealth and military might, wants to offer special autonomy status to Nagorno Karabakh. But Armenia must withdraw from the occupied territories of Azerbaijan so that refugees and IDPs can go back to their lands.

The world has forgotten about Azerbaijani refugees and IDPs. There is a need to put pressure on world leaders to provide justice to Khojaly victims.