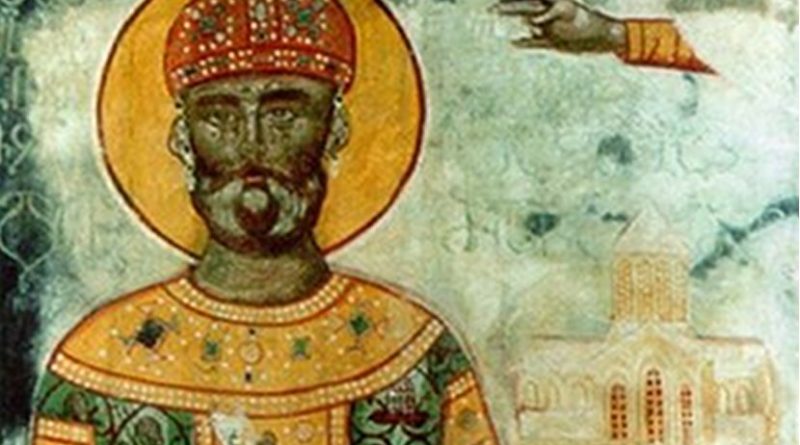 In one tiny, bustling barber shop in Tbilisi Iraqi men sit lined up in the chairs, having their beards, sideburns and eyebrows contoured into almost geometrically perfect shapes. Their cheekbones, earlobes and even foreheads are shaved, waxed and plucked remorselessly. The barbers, most of them also Iraqis, proceed to mold lush pompadours on their clients’ heads, hairlines permitting.

The barber shop is huddled in a basement, just off David the Builder Avenue, in a Tbilisi neighborhood that has increasingly become the city’s Middle Eastern nook. Here you can get the full appreciation of what serious business looking good is for Iraqi men – and also what sort of interactions they have with Georgians.

The owner – a middle-aged, bulky transplant from Mosul – has an avocado-green mask slathered on his face. His fingers are dipped in hot water bowls. With regal patience he awaits the ceremony of manicure to start and his Georgian accountant’s anti-Arab diatribe to end.

The accountant, an ebullient, neurotically skinny woman, soliloquizes on the damage done to Georgia by Arab invaders across the centuries. She is undaunted by the fact that nobody listens to her history lesson. The barbers only sneak smiles at one another when her voice hits a particularly high pitch. “She does this every day,” one of the barbers told me later. “But she is actually really nice. She brings us cakes and pies every now and then. She also helped me with my visa documents.”

In her tirade, the accountant lingered on how King David the Builder – the name on the parlor’s address – liberated Tbilisi from the Arabs 900 years ago and led Georgia into its Golden Age.

The medieval Georgian king has lately been serving as inspiration to modern-day crusaders. Most recently, his name appeared scrawled on a rifle of the Australian who massacred 50 people in a March 15 attack on mosques in Christchurch, New Zealand.

At home, too, David has served as inspiration to Islamophobes: Two years ago, Georgian right-wing groups marched down David the Builder Avenue, carrying large a painting of the king and protesting the growing Middle Eastern presence on the king’s street.

There is a sad irony in the fact that a killer who targeted Muslims drew inspiration from a leader that regularly attended prayers in mosques, and that Georgian ultranationalists idolize a leader who embraced multiculturalism. They tend to dwell on the Christian king’s military prowess against Islamic powers, but historical accounts also describe David as an ardent advocate and defender of his Muslim subjects: He offered tax exemptions to Muslim residents of Tbilisi, banned Christians from slaughtering pigs in Muslim quarters and acted as a mediator in interethnic disputes.

Today, David the Builder’s Avenue is the emblematic epicenter of both the intermixing of, and tension between, Georgia’s devoted Christians and its growing population of Muslim immigrants. Some natives of the area welcome the injection of business and the cultural diversity brought by Middle Eastern-run restaurants, shops, hookah joints and hotels that line the avenue. Others are peeved by what they see as a takeover of the neighborhood by foreigners, especially those whose ancestors – as every local history textbook teaches – bedeviled Georgia for centuries.

The mood in Georgia echoes the rise in anti-immigrant and anti-Muslim sentiments around the world and is perhaps amplified by the small nation’s existential fears. While, fortunately, it has not taken a violent turn, this attitude has been reflected in how Georgia is tightening its borders to arrivals from the Muslim world. Denials of visas and residency permits, and racial profiling at the border, have become common.

Things might have been different if there was no cherry-picking of historic facts. Had the woman at the barber shop read the full story of David the Builder, she might have been talking to her colleagues’ about how their ancestors shared the city, not just fought over it.

*Giorgi Lomsadze is a journalist based in Tbilisi, and author of Tamada Tales.