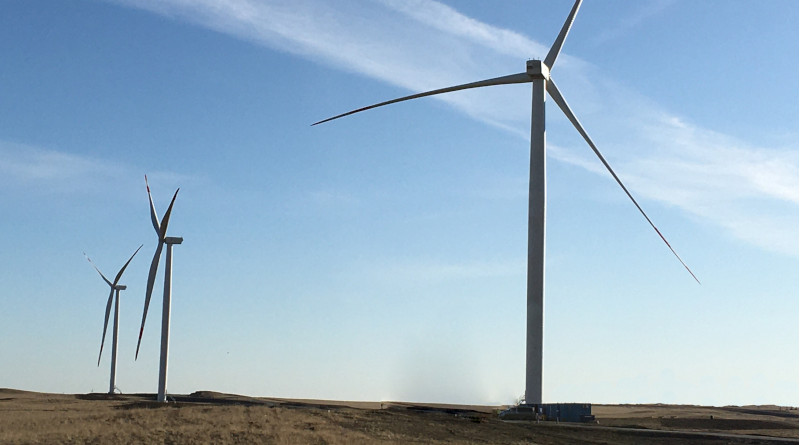 Eni, through its local renewable subsidiary ArmWind LLP, started the commercial production of the Badamsha Wind Farm located in North-West Kazakhstan, in the Aktobe Regionm. Badamsha Wind Farm has a capacity of 48 MW and will provide the Region with an annual power generation of about 198 GWh, with an overall CO2 saving of 172,000 tons per year.

This project represents the tangible implementation of the Memorandum of Understanding signed in June 2017 with the Kazakh ministry of Energy and Eni for renewable energy developments in Kazakhstan, the company said.

Badamsha Wind Farm represents Eni’s first large-scale investment in wind and the first step of an extensive renewable presence in the Country. Last year, Eni, as a result of auctions managed by the Kazakh Authorities, was awarded a further 48 MW wind farm project, as a second expansion phase of the Badamsha Project above and also a 50 MW solar photovoltaic project in the Region of Turkestan, in southern Kazakhstan.

According to the company, these initiatives are in coherence with Eni’s strategy that combines economic sustainability with environmental sustainability, allowing the company to be a leader in the market, supplying decarbonized energy products and actively contributing to the energy transition process. Eni’s strategy in the renewables business aims at achieving a balanced and diversified portfolio, targeting over 3 GW of wind and solar capacity by 2023 and up to 5 GW by 2025.

Eni has been present in Kazakhstan since 1992. Eni is joint operator of the Karachaganak field and is an equity partner in various projects in the Northern Caspian Sea, including the giant Kashagan field. Eni is the joint subsoil user and joint operator, with KMG, of the offshore exploration blocks Isatay and Abay. Equity production is currently 180,000 barrel of oil equivalent per day.