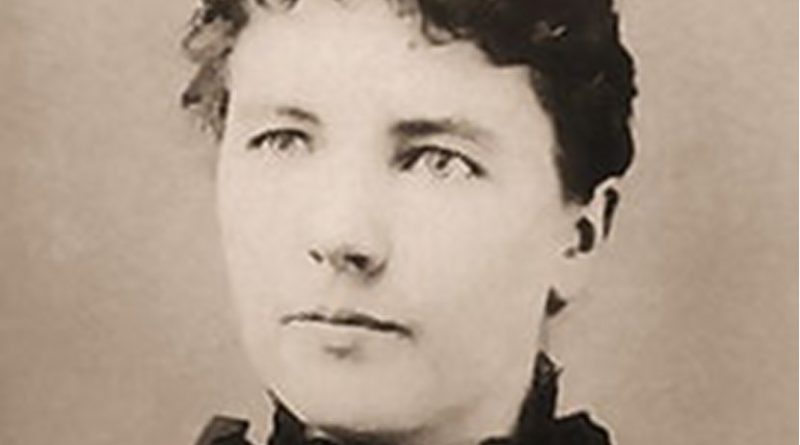 It will now be known as the Children’s Literature Legacy Award.

“According to the Association, “This decision was made in consideration of the fact that Wilder’s legacy, as represented by her body of work, includes expressions of stereotypical attitudes inconsistent with ALSC’s core values of inclusiveness, integrity and respect, and responsiveness.”

In other words, the Association has now decided that the Ingalls books are racist and bigoted.

Given the recent winds on matters of this nature, this is to be expected. But, I’m surprised Ingalls’s name lasted this long as part of the award.

After all, Ingalls and Rose Wilder Lane — Wilder’s collaborator, editor, and daughter — have long been associated with now out-of-fashion libertarian ideas.

The image their Little House books provide of the American past is one in which commerce and a voluntary devotion to family and community are essential ingredients in community life.

The ideological roots of the Ingalls-Lane collaboration were explored in Judith Thurman’s 2012 New Yorker article “A Libertarian House on the Prairie” in which she notes :

Wilder’s books were written in collaboration with her only child, Rose Wilder Lane, a best-selling author in her own right. The extent of that collaboration is disputed—some critics have called Rose Laura’s “ghostwriter.” The evidence suggests that, at the least, Lane edited and shaped the manuscripts considerably, and thought of her mother as an amateur.

The true extent of Lane’s involvement in the writing of the Little House stories has long been debated, but John E. Miller, author of Laura Ingalls Wilder and Rose Wilder Lane: Authorship, Place, Time, and Culture, proposes that Lane’s involvement was as much more than “collaborator,” but still less than “composite author.”

Given the domestic focus of the books, they largely ignored the violence that took place in removing the indigenous populations from the frontier, and race issues were largely non-existent and outside the scope of the narrative.

This was too much for the people at the Association for Library Service to Children, however, who found the series’ occasional unflattering references to Indians as too much to stomach.

Never mind, of course, that rude remarks about Indians certainly reflected the attitudes of the people at the time, or that one comment about an Indian being “trash” because he spoke French said less about Indians and more about anti-French bigotry prevalent among the Anglo-Americans at the time.

Given the books’ libertarian tendencies, though, it wouldn’t be shocking if the ALSC’s leadership had been looking for other reasons to get Wilder’s name off the award.

The Little House Books as “Anti-Westerns”

It’s a little ironic though, given the apparent “social justice” motivations of the ALSC, that they’d turn against the likes of the Little House books.

The Little House books, after all, have played no small role in re-casting the focus of American views of the American frontier, and turning views of the frontier away from the male-dominated narratives of the “traditional” Westerns. Indeed, the Little House series departs drastically from the form of the post-World War II Western formula in its lack of gun violence and government law enforcement officials. Instead, the Wilder books put a central emphasis on themes of commerce, family, women, children, education, and religious faith.

In doing so, the Little House stories in a certain sense “feminized” the Western and freed it from its attachment — in the minds of many pop culture consumers — from the conventions on main street shoot outs among men, interspersed with brawls in whiskey-soaked saloons.

That hyper-masculine version of the frontier tale had been criticized by feminist scholar Jane Tompkins who noted that the Western had de-valued the role of the woman in its literature, specifically downplaying the importance of domestic home life, family, religion, and institutions other than governmental law-enforcement agencies. A true Western hero, in this version of the Western, could never settle down, and never start a family. To do so would be to cease being a hero.1

The Little House stories, however, offered a highly popular, competing, and refreshing vision of frontier life in which schooling, family life, domestic chores, and earning a living through manual labor were all seen as laudable and essential. One hero of the Little House stories, “Pa,” was rarely armed and accomplished his heroism through peaceful and commercial means. He was anything but the traditional male gunslinger, and his most important work was in service to his family — composed mostly of females.

Thus, one would think that this version of American history might appeal more to “woke” readers looking to avoid having to read about “excessively” male exploits in combat or politics.

But, apparently, this important service to literary balance wasn’t enough to overcome the fact that Wilder failed to inject into her characters 21st century sensibilities about race and ethnicity.

Moreover, discouraging readers from approaching the Little House books also robs readers of Wilder’s and Lane’s important thoughts on the meaning of community and collective action.

Wilder did not present a simplistic vision of American life as one of “rugged individualism” in which each person — or perhaps each family — could be self-sufficient. On the contrary, the Little House books appear to understand that building a town or community of any sort requires community action.

This is clear in the books themselves in which — to name just one example — it is through the action of several townspeople working together in The Long Winter that starvation is avoided in Wilder’s community.

Thurman attributes some of this to Lane’s influence, noting that Lane was eventually denounced by Ayn Rand for being insufficiently individualistic:

Lane and Rand exchanged collegial letters for a while in the late nineteen-forties and early nineteen-fifties. But when Lane invoked the Biblical imperative to “love thy neighbor as thyself,” and protested that “without some form of mutual coöperation, it is literally impossible for one person on this planet to survive,” Rand “tore apart [her] logic” and denounced it as collectivist heresy. That sort of impulse, she concluded (to help your neighbor save his burning house, for example) led inexorably “to the New Deal.”

Lane, of course, displays the better insight here. Communities like those Wilder grew up in would have ended in disaster had an Ayn Rand ethic been the prevailing philosophy.

Yes, the Little House stories offer a vision of private initiative, commerce, and even religious faith, as important factors in building society. That might gall leftist reformers looking to expunge libraries of intolerably “reactionary” views. On the other hand, the Little House books also exalt community, service, charity, and the important role of women in maintaining civilization.

These latter points, however, have not been enough to maintain Wilder’s position in the canon of modern literature. If this is only the opening act in a general drive against books like those of Wilder’s, then we’ll all be much worse off when it’s all over.

Much of this article is adapted from Commie Cowboys: The Bourgeoisie and the Nation-State in the Western Genre.

About the author:
Ryan McMaken (@ryanmcmaken) is the editor of Mises Wire and The Austrian. Send him your article submissions, but read article guidelines first. Ryan has degrees in economics and political science from the University of Colorado, and was the economist for the Colorado Division of Housing from 2009 to 2014. He is the author of Commie Cowboys: The Bourgeoisie and the Nation-State in the Western Genre.

Notes:
1. for more see West of Everything by Tompkins.