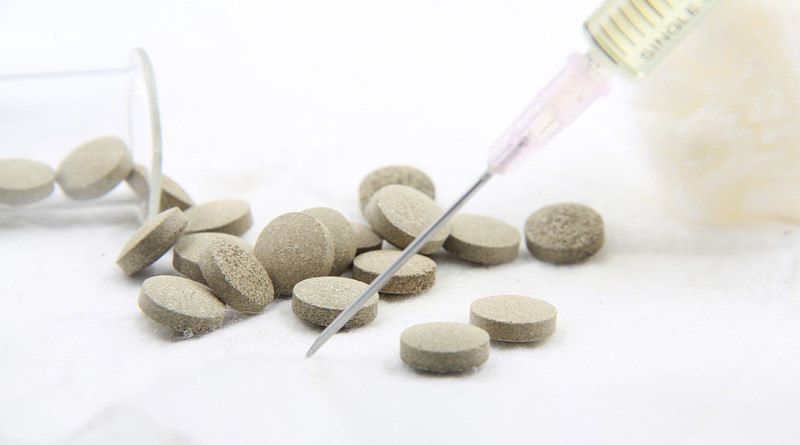 In May 2020, authorities in Myanmar seized a whopping 3700 litres of liquid fentanyl — equivalent to about 30 bathtubs’ worth — alongside other drugs, precursors and weaponry. The lethal drug is increasingly being found cut into common illicit substances as the opioid epidemic rages in North America and Europe. 50 to 100 times more potent than morphine, its growing presence in Asian illicit drug markets will likely prove disastrous.

In 2017, the opioid epidemic claimed the lives of more than 70,000 Americans and close to 4000 Canadians. Opioid overdose is the leading cause of unintentional injury and death in the United States. North America accounts for around a quarter of all opioid users worldwide and just below 10 per cent of all opiate users, a subset of opioid users, globally.

Estimates place the number of people who inject drugs (generally opioids) at around 2.5 million across North America, or about 16 per cent of all injectors across the globe. But in North America, community-based harm reduction services are comprehensive and widely available and take-home naloxone programs are in place.

Asia, in contrast, is home to 55 per cent of the world’s opioid users and nearly 75 per cent of opiate users globally. The five million injectors who live in the region account for nearly a third of all injectors globally. Only two out of 25 countries — Afghanistan and India — have established take-home naloxone services. Harm reduction services are generally in place, but coverage is extremely poor, service availability is at best patchy and governments remain extremely reluctant to invest in public health measures to address drug-related issues.

Governments continue to rely on compulsory detention, often without medical support, as a solution to drug dependence in and across the region. This is a non-evidence based punitive measure that feeds repression rather than a public health intervention aiming to improve health and quality of life. The proximity to the Golden Triangle (where the borders of Thailand, Laos and Myanmar meet) and the Golden Crescent (Afghanistan, Pakistan and Iran) ensure the availability, high quality and low price of opiates across the region. And while China is clamping down on fentanyl production within its borders, the country reportedly remains one of the main sources for fentanyl and its derivatives worldwide.

This implies that Asian countries are extremely vulnerable to a massive opioid overdose epidemic. The increasing spread of fentanyl could have catastrophic consequences for public health on a scale exponentially greater than that of the North American opioid crisis. Governments are ill-equipped to deal with the public health consequences of drug use and none have meaningfully scaled up effective or evidence-based measures to prevent and reduce overdoses despite the looming crisis.

Naloxone — the antidote used to reverse opioid overdoses — is rarely available across Asia in community settings. Legal restrictions prevent the distribution of naloxone to lay people who would be best positioned to intervene and administer the antidote, keeping the medicine exclusively in the hands of medical professionals. Some physicians and officials fear that people will become dependent on the antidote or risk overdose if too much is used. This shows just how drug use, dependence and overdose remain misunderstood.

Meanwhile the test kits used to detect the presence of fentanyl, a simple strip that can be used like a pregnancy test, are unavailable for public health purposes in Asia. They are instead used specifically and exclusively by law enforcement in their efforts to reduce supply.

The Canadian government, among others, is supplying these kits and training law enforcement in the region on their use. But supplying these kits for public health would be impossible due to political sensitivities. In that sense, it seems the Canadian government is comfortable facilitating prohibition but uncomfortable distributing tools that could save thousands of lives. US government agencies that provide foreign aid have even stricter policies preventing investment in harm reduction or other public health interventions to address drug-related issues abroad.

The situation is further complicated by the dearth of credible data about overdoses in Asia. ‘Overdose’ is not a recognised cause of death in most Asian countries. Overdoses are instead buried under other diagnoses such as ‘asphyxiation’ or ‘heart failure’. Drug overdose data generally comes from small community-based NGOs working with people who use drugs, but few governments lend much credibility to their reports. Without solid data, mobilising policymakers in response to opioid overdoses will remain extremely difficult. Governments instead avoid losing face by playing ostrich — no data, no problem!

The 3700 litres of fentanyl seized recently in Myanmar seemed to be intended for regional distribution. If it had not been seized, there would likely be a lot more than the 74,000 lives lost as a result of overdoses in North America across the region over the coming months. But given that supply reduction efforts intercept only a small fraction of the volume of illicit drugs, it remains likely that more fentanyl is seeping into the regional drug market.

This makes it imperative for governments, including donor governments like Canada and the United States, to flood the region with naloxone, fentanyl test kits and more funding to scale-up harm reduction and other evidence-based public health services targeting people who use drugs.

It is not a question of ‘if’ or ‘when’ there will be an overdose epidemic in Asia. The only question that matters now is what will be done to mitigate and control it.

*About the author: Pascal Tanguay is an independent harm reduction and drug policy expert based in Bangkok.