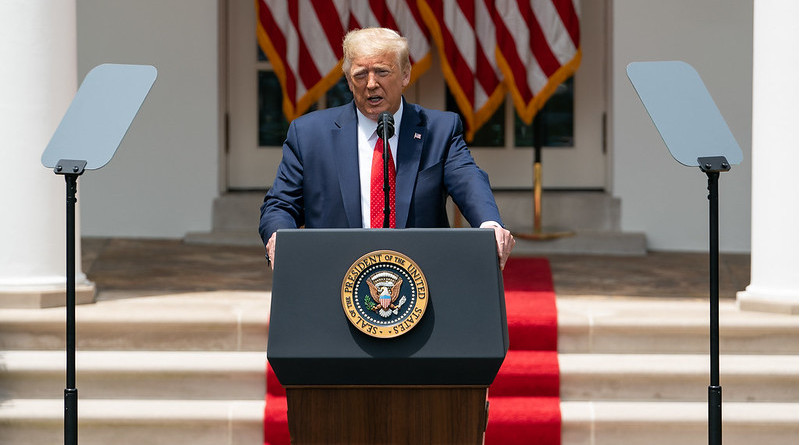 US President Donald Trump has signed an Executive Order suspending H1B, L1 and other temporary work permits, as well as extended a pause on some green cards.

Facing a turbulent election campaign and falling polling numbers, US President Donald Trump has finally gone ahead and signed an Executive Order suspending H1B, L1 and other temporary work permits as well as extended a pause on some green cards. In an attempt to restrict the entry of immigrants into the US, this move towards certain categories of visa suspension will be effective till the end of the year and the hope is that it will help the US economy which is reeling under the pressures of coronavirus pandemic. Arguing that “we [the US] have a moral duty to create an immigration system that protects the lives and jobs of our citizens,” the Trump Administration is hoping that this latest move will free up employment opportunities for Americans.

This move has been long in the making and the worsening economic situation in the US made it imperative for the Trump Administration, facing a tough election ahead, to respond to the challenge. The US economy is still struggling to recover from the lockdown as unemployment rate has risen to an all time high. Demands for more government stimulus have grown in recent days even as attest reports suggest that the US economy will shrink by 6.5% this year. Though situation has marginally improved from March this year, the unemployment rate is still the highest it has been since the 1940s.

While Trump’s move may rally his support base in the run-up to the November elections, most business groups had been lobbying against this move given its potential to damage the economic recovery which is still at a nascent stage. The tech industry has been sharply critical of the Trump Administration’s move arguing that it would slow down innovation precisely at the time it was most needed. It is being estimated that this move would block up to 219,000 foreign workers through the rest of the year.

There is unlikely to be a big change in the immediate future as visa processing remains largely suspended because of coronavirus and travel restrictions. But this move by Trump should not assessed through the economic lens but the political lens of the US President as this allows him to put into place measures to limit immigration into the US, a key part of Trump’s election platform in the 2016 elections. It remains one of the most important issues for his core base and might once again dominate the re-election campaign over the next few months. This also puts his Democratic challenger, Joe Biden, on a back foot as he can’t be seen as ignoring the concerns of the ordinary Americans about unemployment. Trump has used the ongoing threat from coronavirus to refashion America’s immigration policies. This move follows his earlier executive order in April which suspended the issuance of green cards for two months. While tech companies fear the loss of talent and its negative impact on innovation, others see these as measures designed to fundamentally alter the immigration policy architecture of the US.

Whatever the domestic political calculus, India will be affected by the policies, especially pertaining to H1B visas which are non-immigrant visas allowing US companies to hire highly skilled foreign workers in specialised fields. Indian nationals corner around 70% of the 85,000 H1B visas issued annually by the US. So this will be a major blow to the Indian IT companies which have benefitted from the H1B visa regime. Though the restrictions will apply only to new work visas and not to existing holders who are in the US currently, this also complicates the position of the Indian government.

India has been regularly engaging the Trump Administration on the issue of H1B visas and underlining “that the economic and trade linkages are a strong pillar of our strategic partnership, particularly in technology and innovation domains.” As per a 2015 report by Nasscom, the Indian IT sector not only supported more than 400,000 jobs in the US but has also contributed more than $20 billion in federal taxes from 2010-2015. New Delhi had reached out to Washington earlier this year in April asking the US government to extend the H1B work visas and other visas of all Indian citizens for the duration of the Covid-19 pandemic.

India, in all likelihood, will downplay this move of the Trump Administration, especially as it comes at a critical moment of its ongoing tensions with China. It is not the most important issue on the US-India bilateral agenda and will be managed largely through the backchannels. New Delhi can only hope that the US will eventually take into account the long term benefits of H1B visa for its own competitiveness and technological superiority, especially at a time when geotechnology is becoming the latest focal point of Sino-US contestation.

By Rakesh Sood The oldest democracy has been subjected to its most severe stress test; it came to the brink,