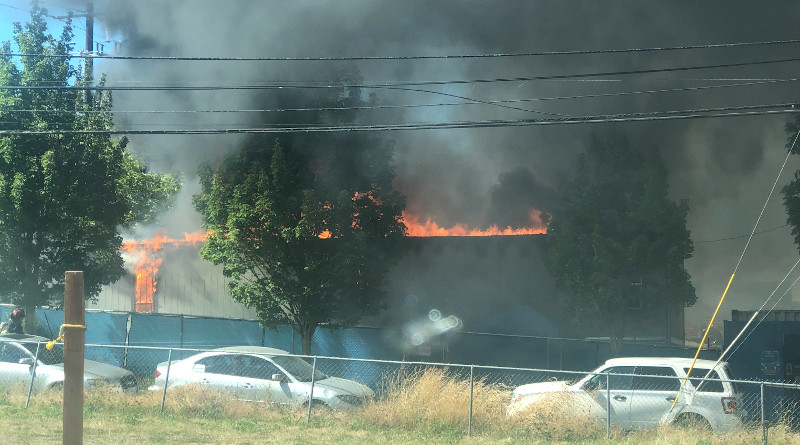 Protesters in Seattle have clashed with the officers, vandalised several buildings and set fire to a construction site for a county juvenile detention facility, forcing local police to declare a riot due to “public safety risks.”

After a group of protesters set fire to the King County facility construction site, police have issued “dispersal orders” and were forced to deploy “less-lethal munitions” to clear the area and secure access to the fire for the city’s fire department.

The officers were pelted with stones, bottles, liquid-filled balloons and other projectiles, as well as “some sort of explosives,” Seattle Police Department said on Twitter.

“Due to the ongoing damage and public safety risks associated with this incident, SPD is declaring it a riot.”

According to authorities, at least 16 people were arrested for assault on officers, obstruction and failure to disperse. At least three officers were injured, as police are struggling to contain the unrest.

Multiple videos from the scene showed broken windows at several businesses, as well as police using pepper spray and clashing with protesters.

Police also reported individuals spray painting on East Precinct, and attempting to disable cameras and breach the fence perimeter around the building.

Seattle has seen numerous protests since the death of George Floyd in a botched arrest attempt in May. The city also hosted the now-defunct ‘autonomous zone’ in its Capitol Hill neighborhood, which was later disbanded following a string of violence and several deaths.

This weekend’s protest in Seattle is being held in a show of solidarity with Portland, where anti-police brutality protests continue for nearly two months, routinely erupting in clashes with the federal officers.

This week the Trump administration expanded the deployment of federal police to Seattle, to contain possible violence, after a local ordinance prohibited police from using crowd control weapons. In a last-minute decision, however, a federal judge overturned the ban on using pepper spray, blast balls, and other crowd control weapons,  after the city’s police chief said the force would be powerless to stop mob violence.