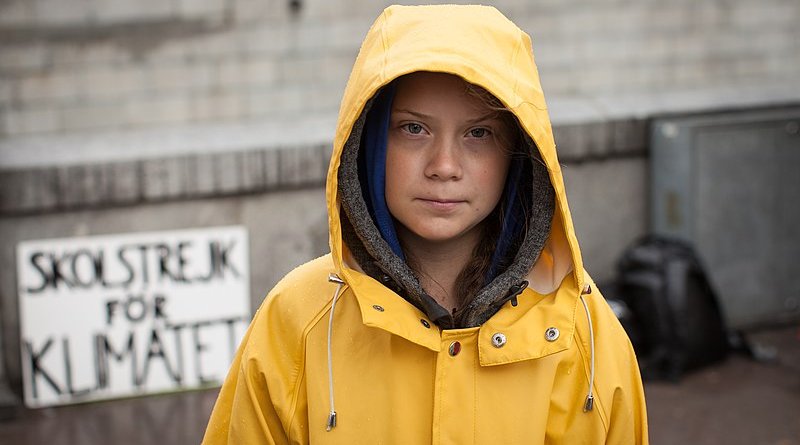 Swedish environmental activist Greta Thunberg has returned to school after a year off campaigning to curb climate change, The Guardian reports.

“My gap year from school is over, and it feels so great to finally be back in school again!” the 17-year-old tweeted, attaching a smiling photo of herself with a schoolbag on her back and her hands resting on a bicycle.

Thunberg did not say in which city or school she would be continuing her studies.

Since her last school year finished in June 2019, the teenager’s travels around the world meant that she ended up doing lessons remotely.

Rather than head into the final years of secondary school, she travelled across the Atlantic by sailing boat – hoping to highlight the carbon emissions of flying.

Her ultimate destination had been the COP25 UN climate conference in Chilean capital Santiago.

But the event was ultimately shifted to Madrid because of massive unrest in Chile, leaving Thunberg to sail back from the US to Europe on board a catamaran belonging to a young Australian couple.

While in North America, Thunberg rebuked world leaders at the UN, had a repeat visit with former U.S. President Barack Obama, was given the keys to the city of Montreal and travelled around the continent in a Tesla electric car lent by former California governor and action star Arnold Schwarzenegger.

Home » Back To School: Greta Thunberg Returns To School After Year Of Activism

One thought on “Back To School: Greta Thunberg Returns To School After Year Of Activism”