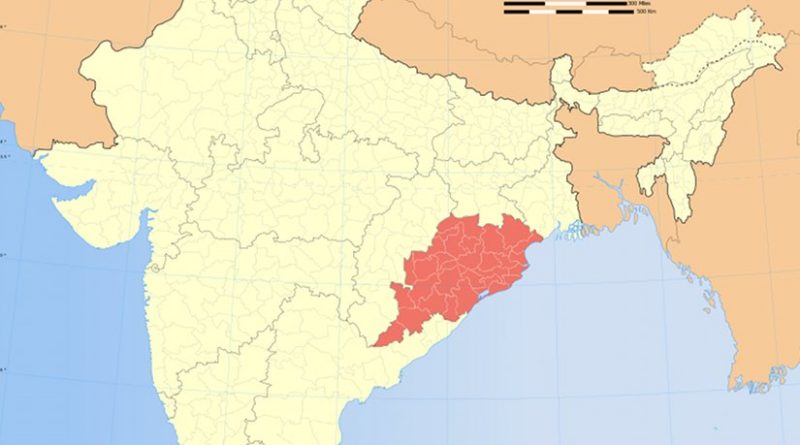 The factory schools were established by the Christian missionaries in early 17th century America. The spread of Christianity by ‘converting people’ and ‘controlling their natural resources’ were twin objectives of these missionary run factory schools. In the early days of industrial revolution in 18th and 19th century, the factory owners have established factory schools to develop skilled and productive workers for expanding their industrial outputs and profits. The sense of charity and Christian religious values have also influenced the factory owners to provide basic education and minimal leisure time for token welfare of factory workers. For example, Hannah Greg (née Lightbody) was the wife of Samuel Greg who established a factory school within the campus of the Quarry Bank Cotton Mill.  The mill was established in 1784 on the outskirts of Manchester in a village called Styal, in the banks of the Bolin in Cheshire, England. It continues to run till today. The mill is not only the living witness to industrial revolution in England but also preserved the horrors of working conditions and miserable lives of workers and the history factory school. Hannah Greg’s life was shaped by Presbyterian and Unitarian Christian theology, which inspired her to establish the school and look after the worker’s children and large number of pauper and orphaned children, who were working in the Quarry Bank Mill for 18hrs per day. It helped the mill to develop their own skilled workforce and increased their productivity. The Greg’s family was also involved in slave trade and pretended to care for workers in their factory by establishing school for the workers and their children. It was a public relations exercise to control workers.

Robert Owen, the father of utopian socialism and pioneer of cooperative movement has also established factory school near the New Lanark mill and experimented his socialist ideas on educational and social reforms. He established the Institute for the Formation of Character at New Lanark in 1818, which provided free education from infancy to adulthood. The institute has helped to increase the quality and standard of goods produced in his factory. Based on his experiments, he argued for radical factory reforms for worker’s welfare. His ideals have not only transformed industrial revolution and politics in Europe during 19th century but also continue to have huge significance in contemporary world.

The factory schools have played significant role in increasing productive power of labour and shaping industrial revolution and politics in Europe. The factory owners were the biggest supporters of the Elementary Education Act of 1870, which has expanded the factory schools with the universalisation of education in England.  The essence of factory schools was to produce benevolent, docile, productive, and skilled labour force as per the requirements of the industrial capitalism. The European colonialism has used the experience, spirit and essence of factory school models of education in different colonies in Asia, Africa, Americas and Oceania in the pursuit of interests of the colonial capitalism. The European companies have sponsored Christian missionaries to help in the expansion of colonialism with the help of setting up religious schools and health centers. The educational curriculum in colonial and Christian missionary schools were designed to uphold European power, dominance and work ethics of Christianity. The model and location of factory schools were moved from industrial centers to non-industrial rural areas, other religious missionaries have also followed the path to shape the social and moral values of the people concomitant with the requirements of the religious denominations, societies, states and governments.

The state led ‘factory school’ was originated in the early 19th century Prussia, where educational curriculum, methods of teaching and learning were standardised and regimented as per the requirements of the state and governments. The idea of education was impersonal to promote professionalism and efficiency. The individual interests, needs, desires, and creativities were domesticated and conditioned as per the requirements of the ruling and non-ruling classes. In this way, the formal and modern educational system has emerged from factory schools, which continue to serve the elites and capitalist classes in different forms for last two centuries. The Prussian factory school model and the spirit of its educational system survived from class education to mass education in the Lancaster system, Madras system, Glasweegian and Mannian systems to Bologna processes, which promised to bring coherence to higher education systems in Europe. Alvin Toffler in his book Future Shock (1970) has condemned such educational practices, where mass education works like a complaint ingenious machine that teaches collective discipline, crushes creativity and socialises students with repetitive labour and hierarchy.

The RSS led Vidya Bharati Akhil Bharatiya Shiksha Sansthan runs one of the largest private educational networks of more than 25000 Saraswati Shishu Mandir schools with over 45 million students in India. It works like Christian missionary schools based on factory models. It is funded directly by corporations and indirectly by the governments in India. The Hindutva mythology and reactionary ideology of the RSS determines the curriculum of these schools. In the name of Indianisation of education, it promotes debauched Hindutva politics and bigoted cultural outlook devoid of secular and scientific ethos. The ideals and values of factory school model of education defines the educational system promoted by the RSS. It does not empower people. It domesticates people for its political project that is concomitant with the interests of the Indian and global capitalist classes.

The unfettered growth of capitalist globalisation and liberalisation of economy led to withdrawal of welfare state and rise of privatisation of education in 21st century. Many corporations are opening their own educational and research institutions to pursue both business and create workforce for their industries. The privatisation and corporatisation of education transformed public education into a business, where educational curriculums were shaped by the market forces as per their requirements.  The syllabus of banking, finance and insurance education and training is shaped by banking and insurance industries. The Computer Science education is shaped by the requirements of the Silicon Valley. The Medical Science and Chemistry curriculum is determined by the requirements of the pharmaceutical corporations. The way Christian missionaries were funded by the colonial corporations, in the same way, NGOs and charities today are funded by the corporations under their corporate social responsibility funds to shape education by establishing schools and research institutes as per their requirements. Most of the British universities are registered as charities and receiving huge research funds to expand corporate interests and public opinions in support of ruling and non-ruling establishments. There were always aberrations which questions power and stands with people within and beyond the frameworks of modern factory schools.

The educational system is designed in such a way that the students from the rich families and urban areas are getting unfettered access to education and educational infrastructure whereas the students from disadvantaged backgrounds in terms of class, caste, tribe, gender, race, region, religion, poor and rural areas suffer greatly. Such a system produces professional meritocratic society based on inequality.  Therefore, affirmative actions are not enough, it needs complete overhauling of this skewed educational system run by the ruling and non-ruling class establishments. The availability and accessibility to education is becoming an impossible mission for the poor in the age of privatisation. It is a structural indictment of class divided society and bourgeois state within capitalism.

The democratisation of education and curriculum based on needs of people, communities and society; accessibility, affordability and availability of scientific and secular education is central to egalitarian social and economic transformation. Education is not only a social desire but an organic need of common people based on their natural and inalienable human rights. The radical, revolutionary, progressive and democratic forces must use every available opportunity to claim the right to free and scientific education. The radical and revolutionary upsurge was an inadvertent outcome of factory schools, which helped social transformations all over the world. The radical movements and revolutionary political parties have used education as a tool of revolutionary transformation of society. It is time to shape and decolonise educational institutions and curriculum from Eurocentric worldview, reactionary religious and market forces enforced by factory schools in different forms.

As the onslaught of reactionary religious and market forces grow on education, it is important to use every available opportunity to promote liberal, secular, scientific, rational, democratic and radical agenda of education based on people’s needs and desires.  It is within this historical context and contemporary experience, one needs to analyse the KISS University, Bhubaneswar as a factory school. It is not the first factory school and it is not going to be the last factory school for the indigenous students. Like many other public and private educational institutions in the world, KISS also gets funding from both governments and corporates to provide home, food, dress and education to the 30,000 indigenous students. The collaboration between KISS University and the International Union of Anthropological and Ethnological Sciences (IUAES) to organise the World Anthropology Congress-2023 was a great opportunity lost to make intellectual, political and cultural intervention in the growth of factory school model of compliant education. It is up to the anthropologists to make an informed and idealistic judgement like Robert Owen for social and political transformation or to leave the platform like KISS University to the reactionary religious and market forces to further reinforce cultural and economic genocide of indigenous people. The World Anthropology Congress-2023 would be an opportunity to expose the corporate plunder of natural resources in indigenous areas led by the neoliberal Hindutva forces. It would be a great educational opportunity for indigenous students to learn about the limits of market led factory schools and emancipatory power of anthropological knowledge. It would be an opportunity to develop partnership with indigenous students to develop educational curriculum based on the linguistic, cultural, social and economic requirements of the indigenous people and their communities.

The industrialist Adani’s wife Priti Adani might sound like Hannah Greg to promote factory schools like the KISS. Can we pursue the objectives of Robert Owen, Gandhi, Ambedkar, Phule and Gopabandhu Das by using KISS as a platform? Is it too late to revisit the decision by the International Union of Anthropological and Ethnological Sciences (IUAES)? Yes, it is time to break away from the factory school model of educational system for the sake of education, people and society. Engagement and progressive interventions are twin keys for student and teacher led educational system, based on local, regional, national and international requirements of people, animals and environment. The anthologists can use the KISS University as a platform during the world congress for such a mission and vision.